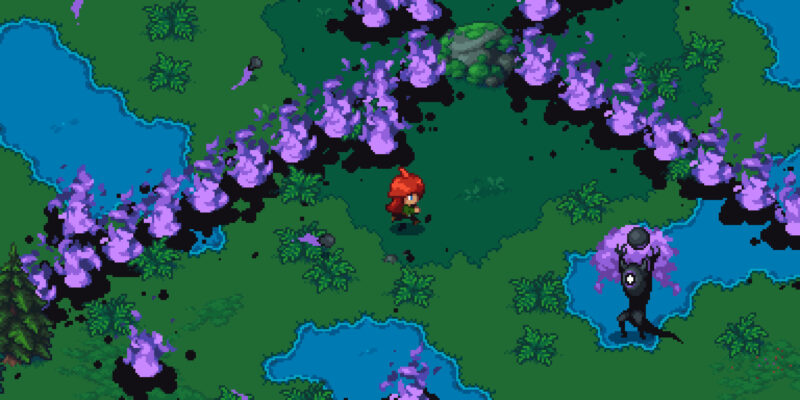 Since gaming enthusiasts everywhere recognize The Legend of Zelda as one of the most important and influential gaming franchises out there, it only makes sense that indie developers would craft games that try to capture that series’ spirit. One newer example goes by the name of Arietta of Spirits, an action-adventure game that takes heavy inspiration from A Link to the Past and other top-down Zelda titles. Just recently, developer Third Spirit Games unveiled an August 20 release date for Arietta of Spirits in addition to a trailer that provides a glimpse into what this new adventure has to offer.

Those who watch the trailer can easily identify the game’s similarities to the Zelda series, right down to the grassy fields and jelly-like monsters. Zelda enthusiasts will also likely notice certain elements that deviate from those games, such as a dodge roll that allows the player character to quickly get around the map. The trailer will likely impress at least some viewers thanks to the game’s fluid and crisp pixel art.

What to expect from this spiritual adventure

According to the Steam page, the game’s story centers around protagonist Arietta, who pays a visit to her grandmother’s cabin a year after her death. Eventually, she discovers “a mysterious new friend” and starts seeing “strange spirits that inhabit the island” the cabin is situated in. The Steam page promises “fascinating characters” and “deep lore” in addition to “reaction based combat” and “easy to approach game mechanics.”

Those currently craving a new top-down Zelda may at least partially get their fix with Arietta of Spirits, and the August 20 release date means that players do not have to wait long at all if they wish to try the game out. The developers released a free demo on Steam some time ago, so players have an easy way to see if the game is for them.

Splitgate gets a server upgrade and decreased queue times