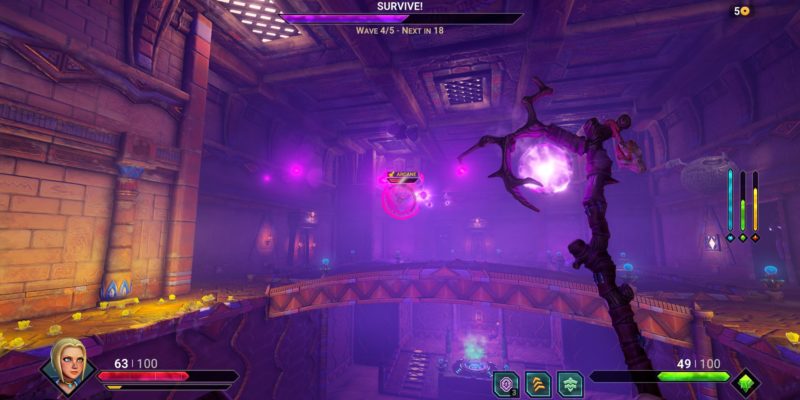 I’m not sure how Ziggurat 2 crept up on me like this, but it’s leaped into Early Access with a lot to offer. I consider the first game to be the absolute best FPS rogue-lite, so this one has some mighty big shoes to fill. I thought it’d mostly be an updated version of the first game, but I was sorely mistaken, as it’s a lot more complicated than that. There’s a lot of content coming down the line, and the developer expects it to be ready to go in 6-9 months. But the question stands: is it worth it?

Ziggurat 2‘s first surprise is that it actually comes with a bit of a narrative. The Ziggurat itself, where the first game took place, was a prison built to house unkillable monsters. A group of wizards kept it intact, and members seeking to join their order had to prove themselves by fighting their way through it. But divisions emerged among the wizards and fights broke out, resulting in the Ziggurat getting destroyed and its inhabitants wandering the earth. Or wherever the game takes place.

The first game followed a simple formula. You picked a character and went through multiple floors of a dungeon to fight the last boss. If you died along the way, you had to start over from the beginning. Playing the game unlocked more characters and items to take back into the dungeon. It was typical, but did an immense job of accomplishing what it set out to do. Ziggurat 2, however, abandons that common rogue-lite structure for a map and mission-based one, creating a markedly different experience. It’s still got rogue-lite elements, though. You get one life per mission, and so much of it is randomized. Plus, any levels gained from collecting experience don’t carry over. 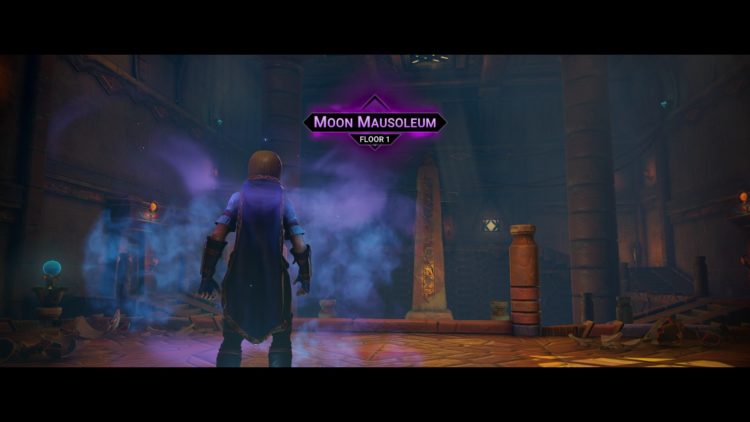 Ziggurat 2 initially allows you to choose between two characters. Unlike its predecessor, you can increase mastery for characters and weapons by using them. Completing missions grants you coins that you can use to upgrade these characters and weapons as well. You simply choose from a mission on the game’s map. Each varies by length and enemy threat level, and completing them is how you’ll unlock more gear. You can now equip things before jumping in, including basic rechargeable wands, staves, spell books, and amulets with special boons.

Characters also have unique abilities. Carina, for instance, can push enemies back if they get too close. These are on a cooldown, as is the new dash move that you can use to create some space. Early on, these missions are on the shorter side and take under 20 minutes with only a couple of floors. They still follow the basic blueprints of the last game, though. The gameplay in Ziggurat 2 is more of the same in that regard. You shoot cartoony fantasy creatures with magic weapons and they drop experience items, potions, and mana to power said weapons. You search for a boss key and, once you find it, you go in and take the boss down to progress.

You’ll need to clear multiple side quest-style missions before unlocking the more expansive ones. And, despite being fresh into Early Access, there’s already hours of content. The shooting is still excellent and the enemies seem to react more to taking damage much of the time. The game plays very well and the graphics are an enormous step up, as one might expect. It’s a pretty game, and the enemies are endearingly silly. As for if the game is already worth it, that’s a definite yes from me. Ziggurat 2 is shaping up to be an excellent sequel to the best game the subgenre has to offer. I can’t wait to experience the new stuff as it’s added. It’s also cheap too, as you can pick it up now for about $17 USD. Totally worth it. 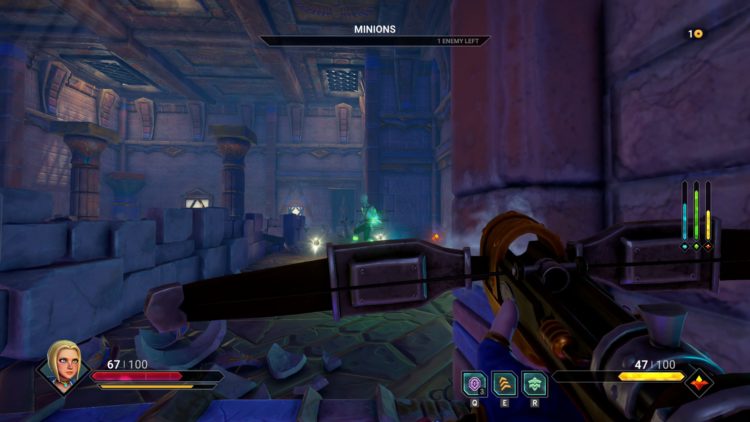