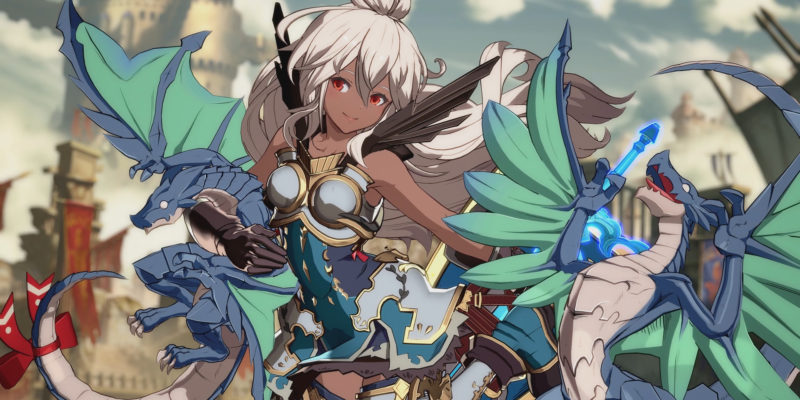 Following in the footsteps of Djeeta, Zooey will join Granblue Fantasy Versus as the final character of Character Pass 1. She, along with her dragon companions, are available in-game now. If you own the Character Pass 1, you’ll automatically unlock Zooey. If not, you can purchase her as a playable character for $6.99 or grab the entire pass (which includes five characters) for $29.99.

You can check out Zooey’s grand entrance and lightning-charged moves in her character trailer. And don’t forget her dragons. If you do, they’ll do a lot more than just bite you in the backside.

More than meets the eye

Although Zooey has the appearance of a young girl, she is actually a primal beast tasked with maintaining the balance of Granblue Fantasy‘s world. She brings order and cannot stand chaos. So, when characters like Beelzebub upend the balance, Zooey comes forth to restore order.

Zooey is a triple threat with her sword, lightning, and dragons. She is said to be a superhuman swordswoman, which isn’t hard to believe when you see how she wields her blade in the trailer. Zooey is also a master of lightning and can use it to enhance her attacks in Granblue Fantasy Versus. 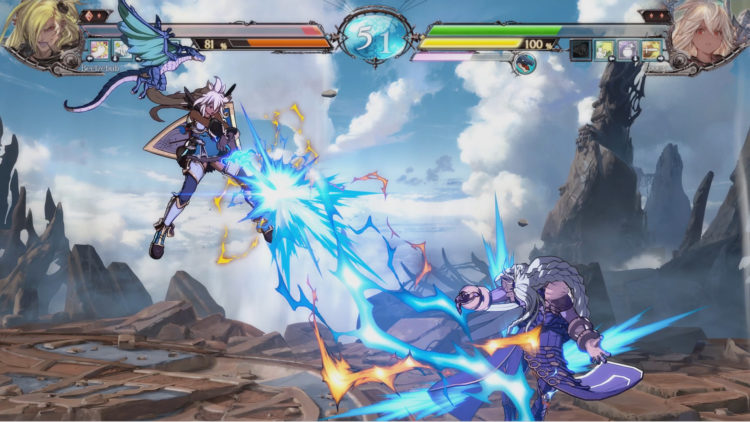 Zooey wields the power of lightning to unleash devastating attacks on her foes.

As if her incredible power wasn’t enough, when you fight Zooey, you also need to deal with the threat of her faithful dragons, Dyrn and Lyrn. In the game, she only fights with Lyrn for some reason. But one is more than enough – particularly when you power it up with Convergence.

If you’d like to know more about Granblue Fantasy Versus, you can take a look at our review of the colorful fighting game. We were particularly impressed by the game’s beautiful art style and range of actually cool characters.

RPG The Dark Eye: Book of Heroes gets a teaser for its June 9 release