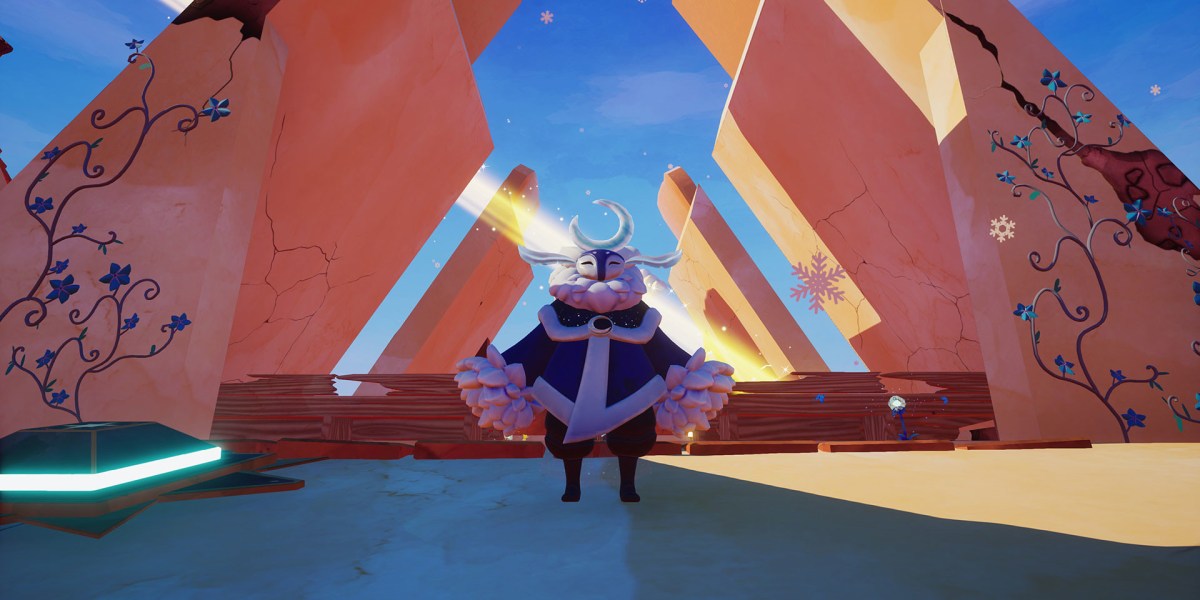 Late last year, I had the opportunity to preview a new upcoming co-op puzzle game: Zorya: The Celestial Sisters. Anyone who has played with me knows a co-op puzzle with me at the helm is a recipe for frustration and fury, which is why I’m pleased to announce I will be irritating them to death with this charming puzzler. Puzzle games have definitely leveled up lately, what with It Takes Two making waves and other smaller titles like Tandem: A Tale of Two Shadows rising to prominence. But too much of the same thing becomes stale. I’m pleased to say that Zorya: The Celestial Sisters seems like a refreshing change of pace based on this preview. With this hands-on gameplay I was given the opportunity to participate in, I’m happy to share my optimism with this tale of two sisters.

The two sisters are celestial goddesses Aysu and Solveig. Aysu is the goddess of the night, who finds herself needing a lift back home with Solveig, the goddess of the sky. The two work together to reunite with one another in a arid world filled with horrific sunlight and religious dissenters. Relatable is the distaste for the sunlight that Aysu has — if she dares step into the light, she’ll crisp up like a vampire and you’ll have to start all over again.

You, along with a friend, control one of two sisters, each with a unique point of view. The player controlling Aysu is on the ground in a third-person perspective, traversing their way through puzzle after puzzle. Meanwhile, the player controlling Solveig is up in the sky as she guides her fellow goddess with her powers of light. The gimmick of the game lies in the differing perspectives, as the two players are almost playing wildly different games. One is down, ready for action, while the other is up high, scorching foes and switches from the air.

Solveig has to adjust shadows, creating paths of darkness that Aysu can walk on without being immolated by the sun. Meanwhile, as Aysu travels on the paths that Solveig creates, she has to push switches and shove enemies away from her. There are times when Solveig can blast a ray of light onto the ground, which can stun enemies or activate switches or pillars. Cooperation between the two is essential to solve the level, but with two minds it’s not an impossible task. 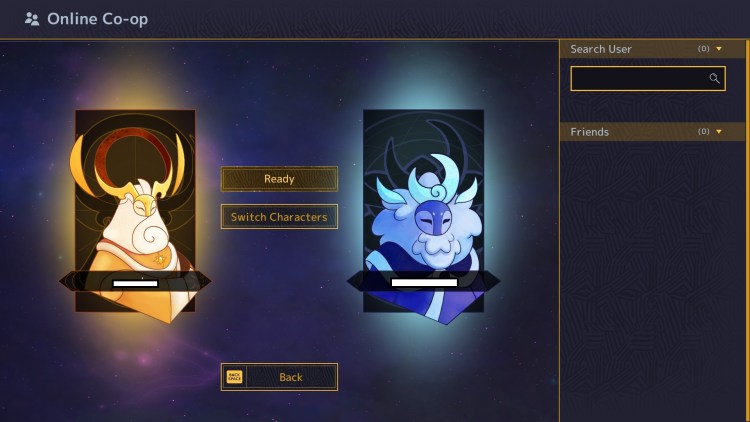 I had the opportunity to experiment with both of the perspectives throughout six or so levels, and it’s no doubt the two provide completely different gameplay experiences. When I was playing Solveig way up in the sky, I found myself taking charge of the situation and directing the other playing Aysu most of the time. As Solveig has a top-down perspective and can basically see the entire map, it’s no wonder why Solveig has to do most of the planning. This was actually somewhat worrying, as I was wondering if Aysu would have enough to do. Naturally, Solveig has all of the information, so the heavy lifting is really up to the player controlling Solveig, right?

As I controlled Aysu, however, I didn’t find myself with a lack of things to do. The action in this game is limited, mostly having to do with shoving enemies away from you or pushing pillars down a track. The developer ensured a new mechanic every five levels or so, showing the intention to keep the game feeling fresh, so I’m sure Aysu will have more to do as the levels progress. But I was more pleased with the cooperation that was possible between my partner and me. The two perspectives don’t harm the level of participation at all, which is the most important balance to strike in a co-op puzzle game. It’s not really any fun if only one player gets to do all of the work. (But for those who really want to swap perspectives, the game makes it easy to switch characters and pick up where you left off.)

However, some of the concepts felt a little half-baked in the levels I experienced. There are enemies placed throughout some levels that can walk up to Aysu and push her into the light. It’s possible they’re more strategically placed in the future, but I only really found them to be an unnecessary obstacle. They aren’t too difficult to react to in the first place. We’ll see if this feature is more fleshed out in the full game. Otherwise, I appreciated how deceptively tricky some of the levels could be. Paying close attention to the different paths that the shadows create is the most taxing part of the game mentally, but it allows for some nice cooperation. 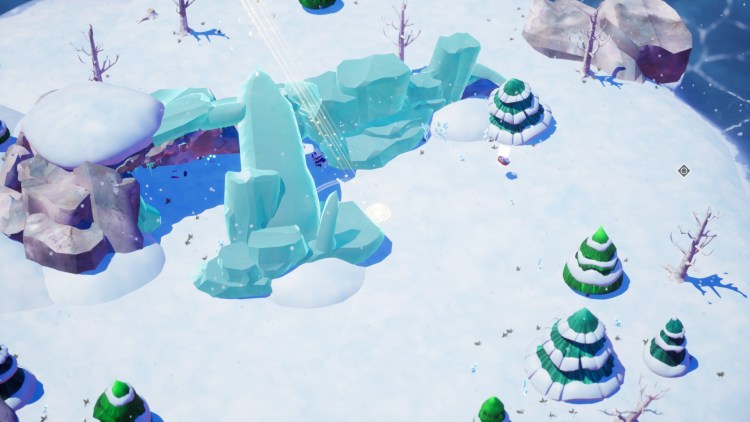 The levels seemed carefully designed to prevent any sort of cheese. The detection of whether or not Aysu is in a shadow is pretty sensitive, and I remember my partner was sometimes surprised at how strict some of the paths seemed to be. There are also some collectibles on each level, which can either be found on the way to the exit or through alternate paths. We only found a couple, but this should add some cool replayability for pairs. To get full completion on each level, you’ll need to play as both Aysu and Solveig anyways. (Which is all fine and good, as the two perspectives play quite differently.) From what I can tell, it’s easy to find a pair as well, as you can easily match up with a player through the game’s matchmaking system.

But the most important part of any co-op puzzler for me is: how can I annoy my partner? There are definitely opportunities to screw up on both parties, such as Aysu failing to traverse through a thin line of shadow, or Solveig haphazardly moving shadows and burning Aysu on sight. Let’s be honest: some of the best parts of a co-op puzzle game is when you and your friend are up in arms at each other, screaming about why I did this or why you did that. Yelling at your friends is really the best way to go, isn’t it? I’m excited to see the possibilities in the future, and I’m glad I got to participate in Zorya: The Celestial Sisters‘ gameplay preview. 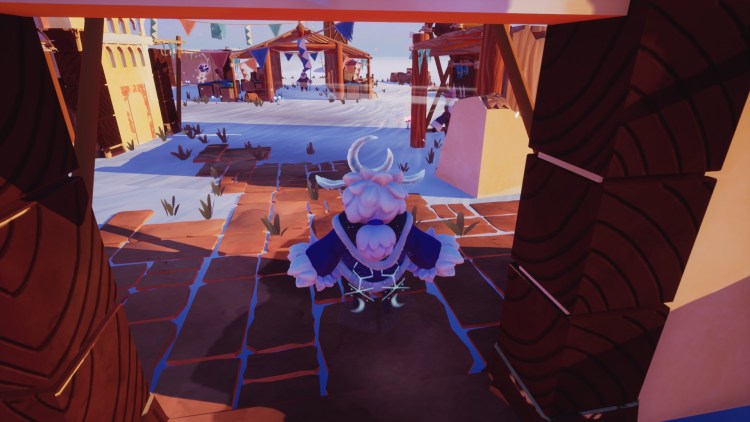