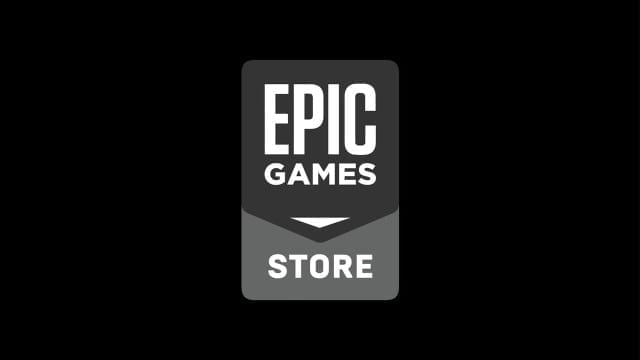 Epic Games first announced the Epic Games Store last December. It followed Valve’s reveal of the new “Revenue Share Tiers” system for developers and publishers, which met with some discontent from indie developers in particular. Epic saw the opportunity to disrupt the market with the store and its launcher. In many ways, this was more a marketing move than a properly assessed business tactic. Epic’s plan hinged on its decidedly generous revenue split, with everything else playing second fiddle. The company, and its CEO Tim Sweeney, seem to favor the “move fast and break things” approach to business.

Such an approach worked for Google and Facebook, sure. However, it doesn’t seem suitable for a digital distribution platform that relies mainly on customers, rather than advertisers and investors. As such, we’ve seen a lot of discontent from PC gaming consumers over Epic’s aggressive strategy of timed-exclusive titles. These often come with short notice, such as the infamous case of Metro Exodus. While most PC gamers will agree that Steam could use some heavyweight competition, many of us aren’t satisfied with Epic’s service so far.

The Epic Games Store launcher is still virtually the same as when it went live last December. Epic first announced a delay on features back in early May. Based on the current roadmap board on Trello, it doesn’t look like it will hit the target for many of its features very soon either. The lack of very basic features such as a shopping cart or a wishlist is baffling. It’s odd that a multibillion-dollar company doesn’t seem able to deliver simple features in a realistic time frame.

Credit where it’s due, though — most of us appreciate Epic’s generosity toward indie developers in particular. The giveaways of free games are also nice, and one particular game actually drove me to buy a copy on Steam afterward. Still, we can’t help but look at the Epic Games Store from the perspective of potential customers. And we have to point out that it’s severely lacking in incentives to use it, even at the most basic level. We also have to look at the promises made, and the controversies that surround the development.

Updates from the past two months

First of all, let’s look at what Epic has actually delivered. The patch notes from the last two months focus mostly on urgent issues that could prevent users from using the launcher or updating it. In some cases, there were issues that prevented users from launching games, and also from redeeming specific content. Other issues include Unreal Engine problems, sub-optimal patching, captcha challenges for PayPal payments, and missing buttons after redeeming certain offers. New functions include support for launching VR games, multi-launch options, custom fields, support for upcoming events, and for download service improvements.

And if we look at the Recently Shipped Features, we also find mostly barebones features and fixes. Recently, some CPUs (Apollo Lake, Ice Lake) caused the launcher to crash, and they developed a fix within 20 days. Several features were added to the board and promised for Near Term on March 14. They were mostly delivered in May, such as “Collections and Bundles” grouping, improvements to code redemption, notifications of free games, store search (and also search by genre and tag), and improved DLC support. They overhauled the install management backend to increase speed and startup and reduce memory usage. Support for regional features in Arabic-speaking countries and Brazilian currency are also recent. To the average PC gaming customer, very few of these features seem substantial for a storefront.

However, July promises to be a big month for the Epic Games Store. A total of eight features should release this month. Some of them are quite essential, too, such as cloud saves. If Epic manages to deliver it this month with few issues, it just might make it as a decent storefront. Other features, such as playtime tracking and an improved offline mode, would also be quite welcome. Library improvements such as sorting and filtering seem premature, as the store doesn’t have that many games available yet. A redesign of the store page would be welcome, as right now those feel very barebones. There are also plans for improved patch sizes, using an optimized delta solution first introduced in Fortnite.

One of the most curious features right now is store video hosting. The Trello card specifically says, “This protects users’ data privacy from other services scarping data. Also allows for a more curated and less obtrusive browsing experience (i.e. less end of video spam).” We have to point out that the internet is rampant with theories that Epic is selling user data to Tencent. Tim Sweeney has vehemently denied these rumors on Twitter, and the introduction of store video hosting probably aims to assuage some of those suspicions. It’s a step that might lead to a better customer experience, so it seems like a worthwhile feature to include in an upcoming update. Other than that, only the exclusives will keep driving customers to adopt the store, like a carrot on a stick. 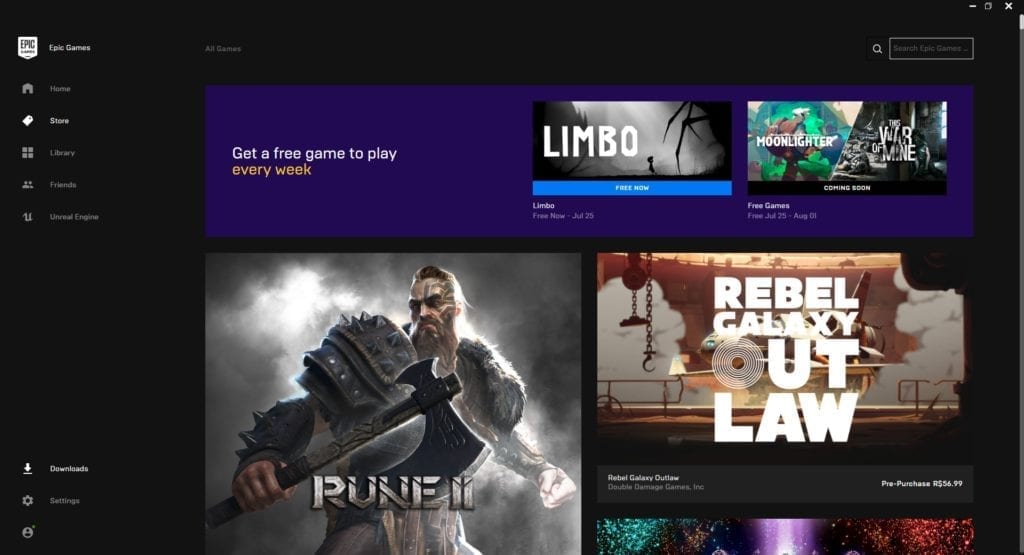 Epic Games Store in 2019 and beyond

Now for the “Mid Term” features. This is where the really good stuff is, and it’s what Epic should focus on 100 percent along with cloud saves. Wishlists, mod support, user reviews, newsfeed and follow functions, additional payment methods, game overlay, and so on. These are essential features, and Epic should’ve already included support for them at launch. They chose to start with a barebones and barely functional launcher in the spirit of “moving fast and breaking things.” It’s their choice, but it’s also the customers’ choice to avoid a store like that. If they want to attract customers, delivering these features by the end of 2019 is an absolute must.

However, other essential features such as achievements and a shopping cart are still in the “Long Term” list. This means they might take upward of six months to develop. There’s also no delivery estimate for automated refunds and gifting. So it just might be a while until the store actually becomes a worthy competitor against Steam. So far, its only real achievement is championing a bigger revenue split for indie developers. It’s interesting though that Tim Sweeney’s crusade against the 70-30% revenue split only ever refers to Steam. Other digital storefronts such as Google Play, App Store, Microsoft Store, and Amazon can do as they please with the 70-30% cut. It’s hard to take such talk seriously, no matter how noble the end goal is to pay indie developers more. 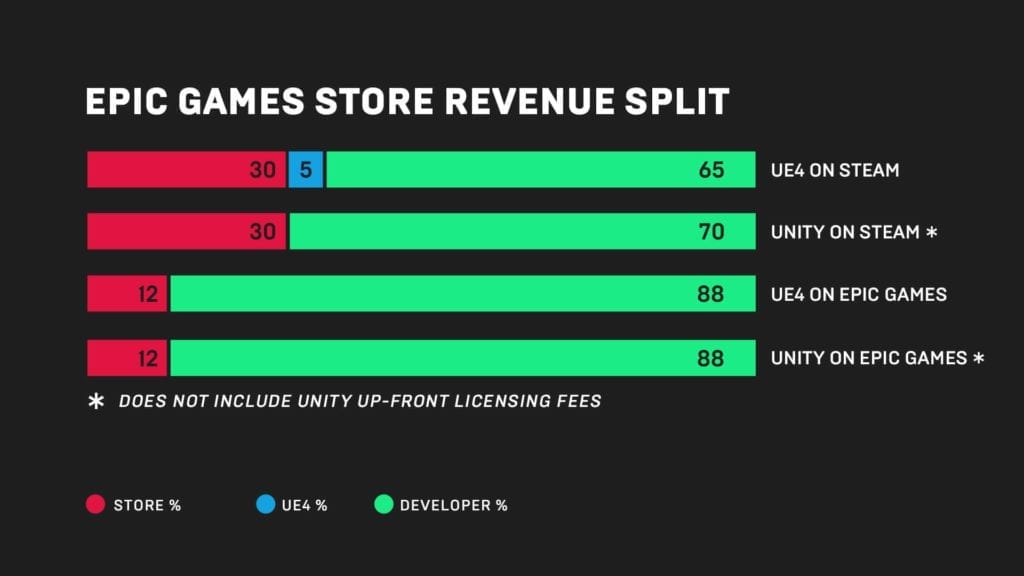 Running a worldwide digital storefront is a massive responsibility, and hopefully Epic will start taking it more seriously. So far there’s been mostly hot air with a lot of promises and just enough results to keep the lights on. When it announced the first delay, Epic claimed it intends to “build a new ecosystem for PC gaming.” It seems like a good idea, as long as this new ecosystem offers customers and gamers the products we want in a secure and reliable launcher. However, if it will continue to offer poor and lacking service with a side of controversy and poorly managed sales, we’ll just have to pass and stay with our current ecosystem.

What do you think of the current state of the Epic Games Store? Are you a staunch opponent or an apathetic user? What should Epic focus on to improve the launcher? Drop your comments below and tell us what you think!

Warhammer 40K gets an Eisenhorn show, and it’s about damn time!

By Steve Clist22 hours ago
Features