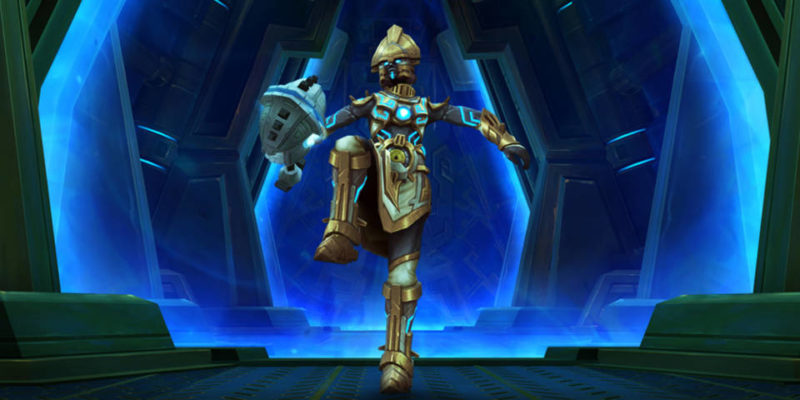 April Fools’ Day – a holiday that the World of Warcraft community has always enjoyed. In fact, one of Blizzard’s earliest jokes — that Pandaren were going to be added as a playable race in Warcraft III — backfired on them nearly 10 years later when many players assumed Mists of Pandaria was an elaborate hoax. So let’s take a look at this year’s pranks.

Can you believe it? Blizzard leaks have gotten so bad that they’re leaking on the official forums now. At least, according to the content update notes for patch 8.8.8, build 88888. And these notes were leaked even after Blizzard specifically asked that they not be, how rude. 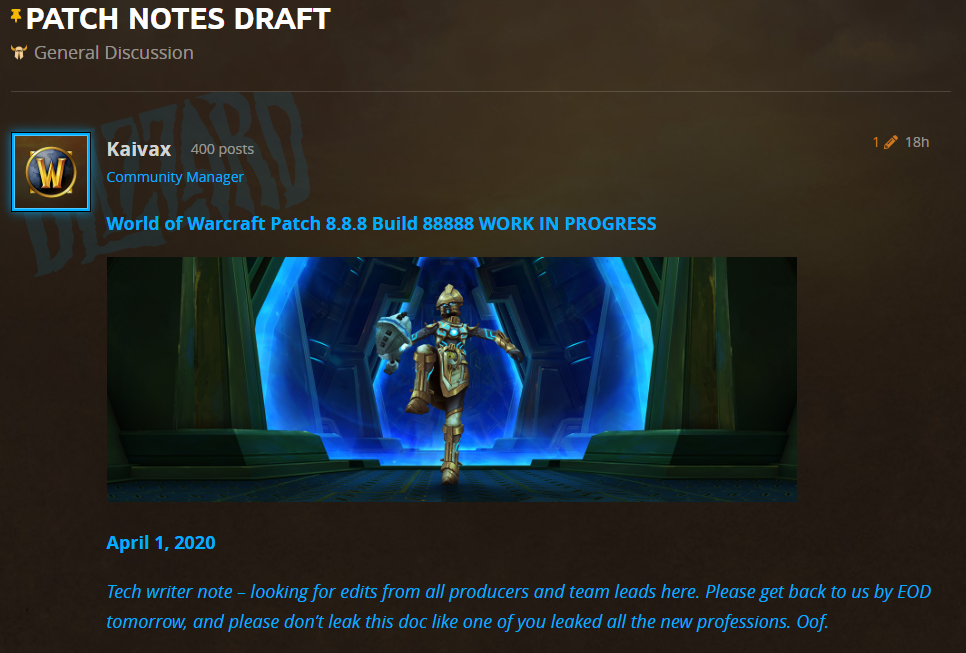 With these notes, Blizzard promises the new feature Terrific Visions – like Horrific Visions only Terrific, on account of the fact that “all of Azeroth’s problems are solved forever.” There are new Mythic Keystone dungeon affixes (in one of them, 30 to 50 feral hogs rampage through the dungeon every 3-5 minutes), new micro-holidays (you only have to show up for MOTHER’s day once a year and it means so much to her) a new Pet Battle Essence called Vision of Furrpection, and new allied races: the High Dwarves, (Blizzard will literally give us any race before they give us High Elves.) the Mechatauren, (why not?) Kul Tiran Worgen — 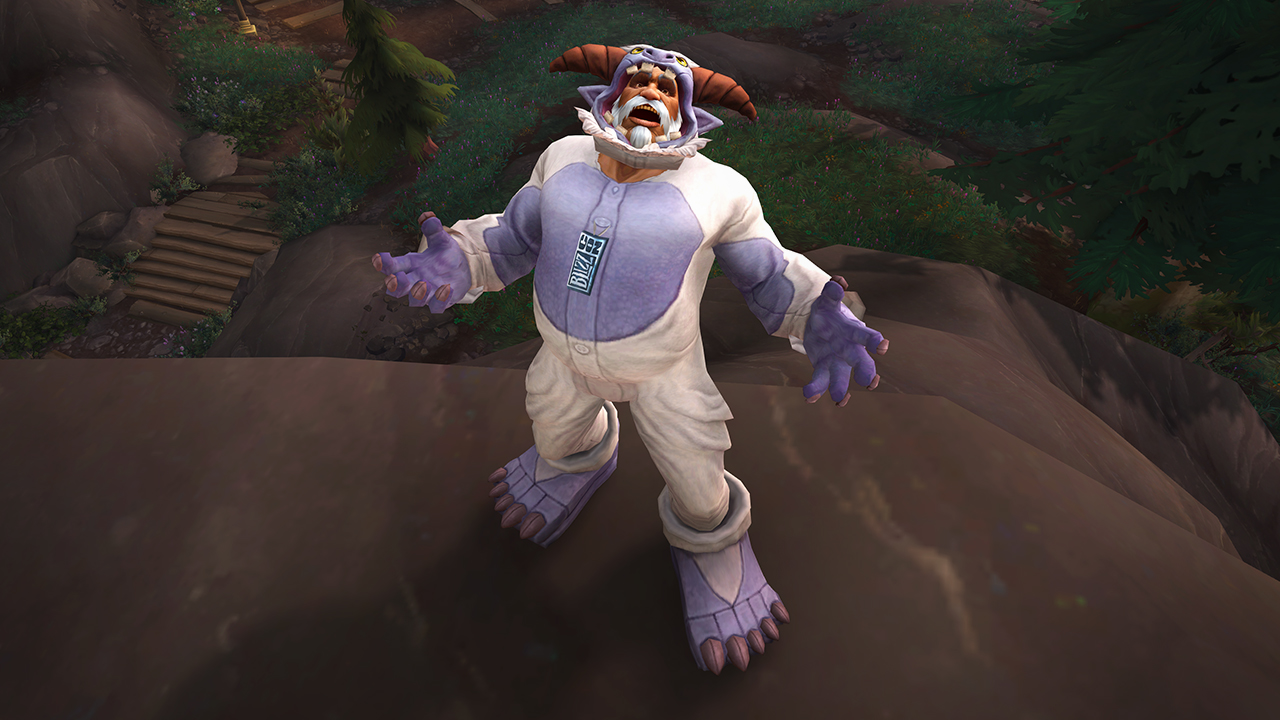 So cute and fluffy.

— and the Highmountain Goblin. 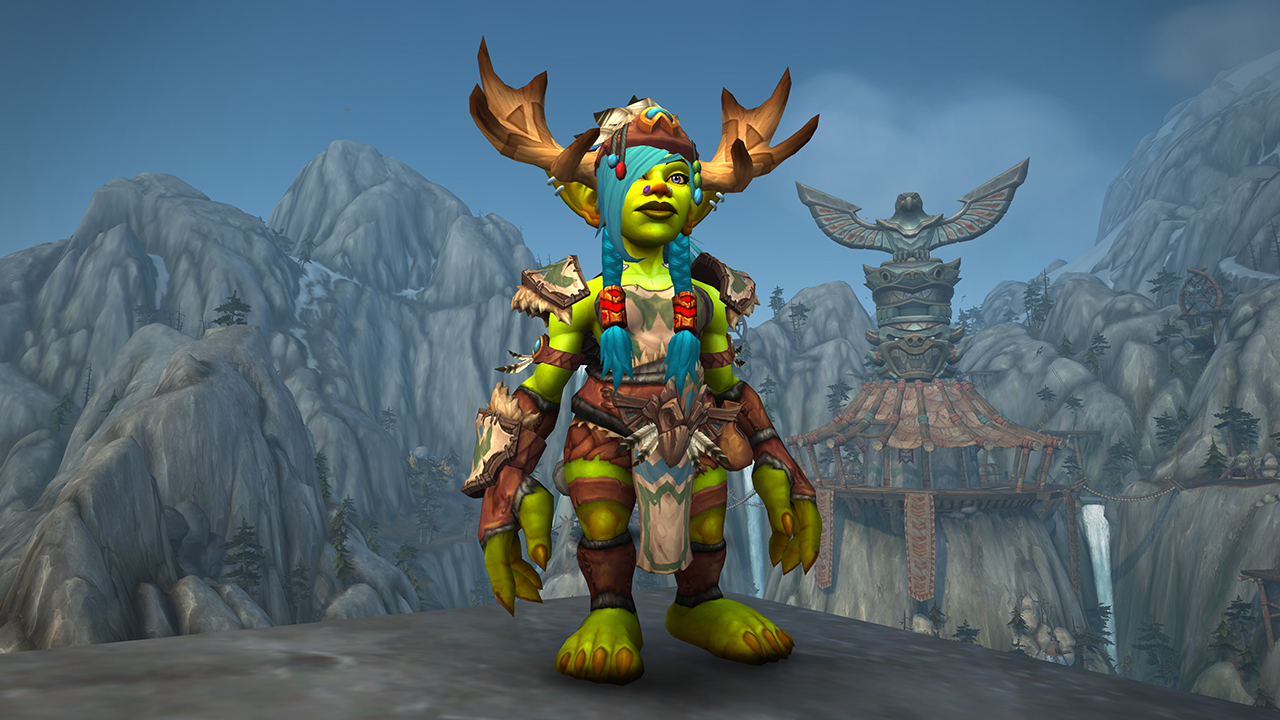 Not gonna lie, I want one.

Blizzard also “promises” changes to Corruption effects, (Infinite Stars had to be renamed because trying to work out the mechanics around an infinite number just gives everyone headaches.) Essences, (Memory of Lucid Dreams is now 10% more memorable.) and classes. (As a Beast Mastery Hunter, I’ll get a nice comfy bench to sit on during fights soon, as my pets do most of my damage.) Other changes include buffing the Big Love Rocket mount, the rarest mount in-game. A comment on Wowhead by Thecanman once worked out that it would take 4,000 years for someone with one max-level character to guarantee a drop, down to 80 years for someone with 50 max-level characters. Blizzard states that because of “a great amount of negative sentiment having something to do with” it, they’re going to… make the mount bigger and faster. Feelsbadman.

Probably the most famous World of Warcraft raiding guild of all time, Method, announced that, in preparation for Shadowlands, it is recruiting! They’re planning to raid 24/7 in the upcoming expansion, with two raid teams, one running from 6 a.m. – 6 p.m. and the other running from 6 p.m. – 6 a.m., and by this point the April Fools’ joke is pretty obvious.

Wowhead’s April Fools’ Day jokes tend to be pretty legendary all on their own, with their going above and beyond to produce images, videos, and Wowhead pages to make their predictions more believable. I fell hook, line, and sinker for last year’s promise of a Lightbound Undead Allied Race – in my defense, it made perfect sense lore-wise.

This year, Wowhead claimed that not only is patch 8.3.5 happening after all, but they’ve datamined some exciting, and fairly believable, rewards. First, they poke fun at the fact that Gift of N’Zoth loyalists just have never really been rewarded in-game by claiming they will get a unique transmog (tentacles) and Pepe toy. 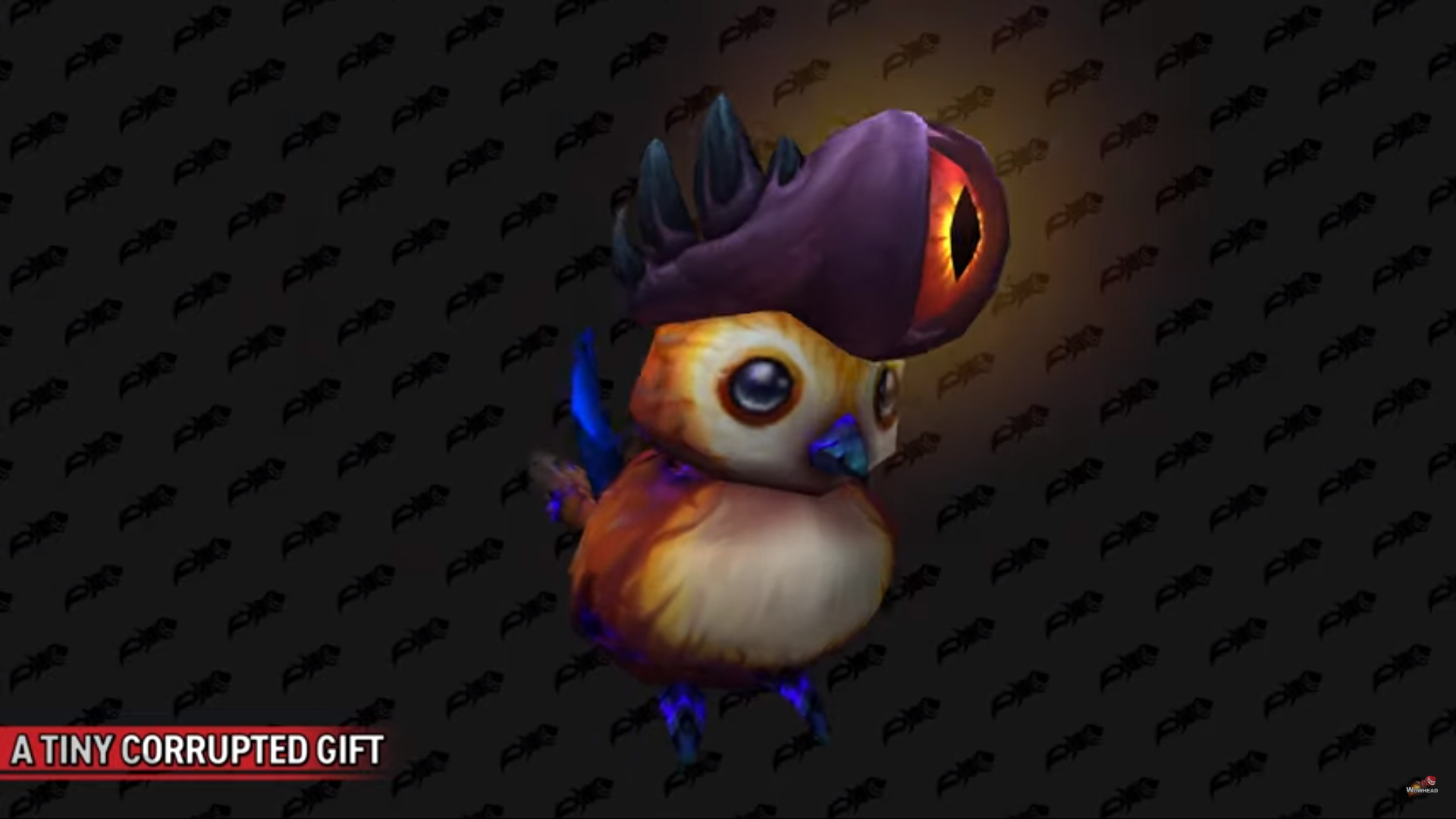 Many players, faced with a decision between cleansing themselves of the Gift of N’Zoth (a spell N’Zoth put on the player that places an untransmoggable eye on their head and allows N’Zoth to communicate with their mind directly) or keeping it, hoped that keeping it would ultimately create a payoff. Sadly, apart from the occasional extra whisper from N’Zoth, it hasn’t — and doesn’t look like it ever really will. 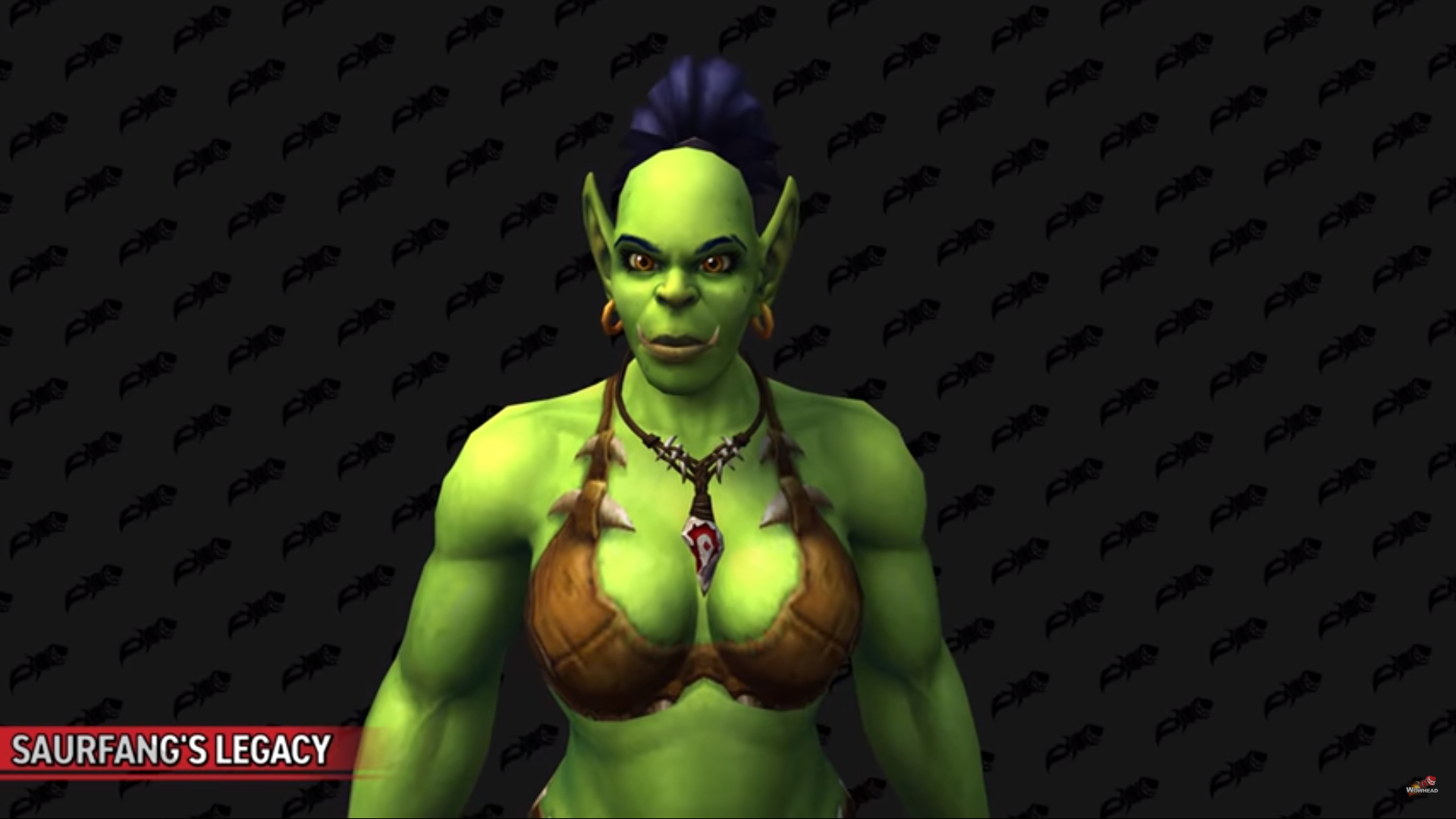 OK, why can’t I have this? I don’t think I’ve ever wanted something more.

Visible jewelry in World of Warcraft is something Blizzard briefly experimented with all the way back in Burning Crusade, with a few rings that can actually be seen when equipped. Sadly, these rings were never made available for transmog, and no sign of visible jewelry has been seen since. Here’s hoping one day that changes.

Finally, Wowhead claimed to have discovered new surfboard mounts for the Alliance and Horde: 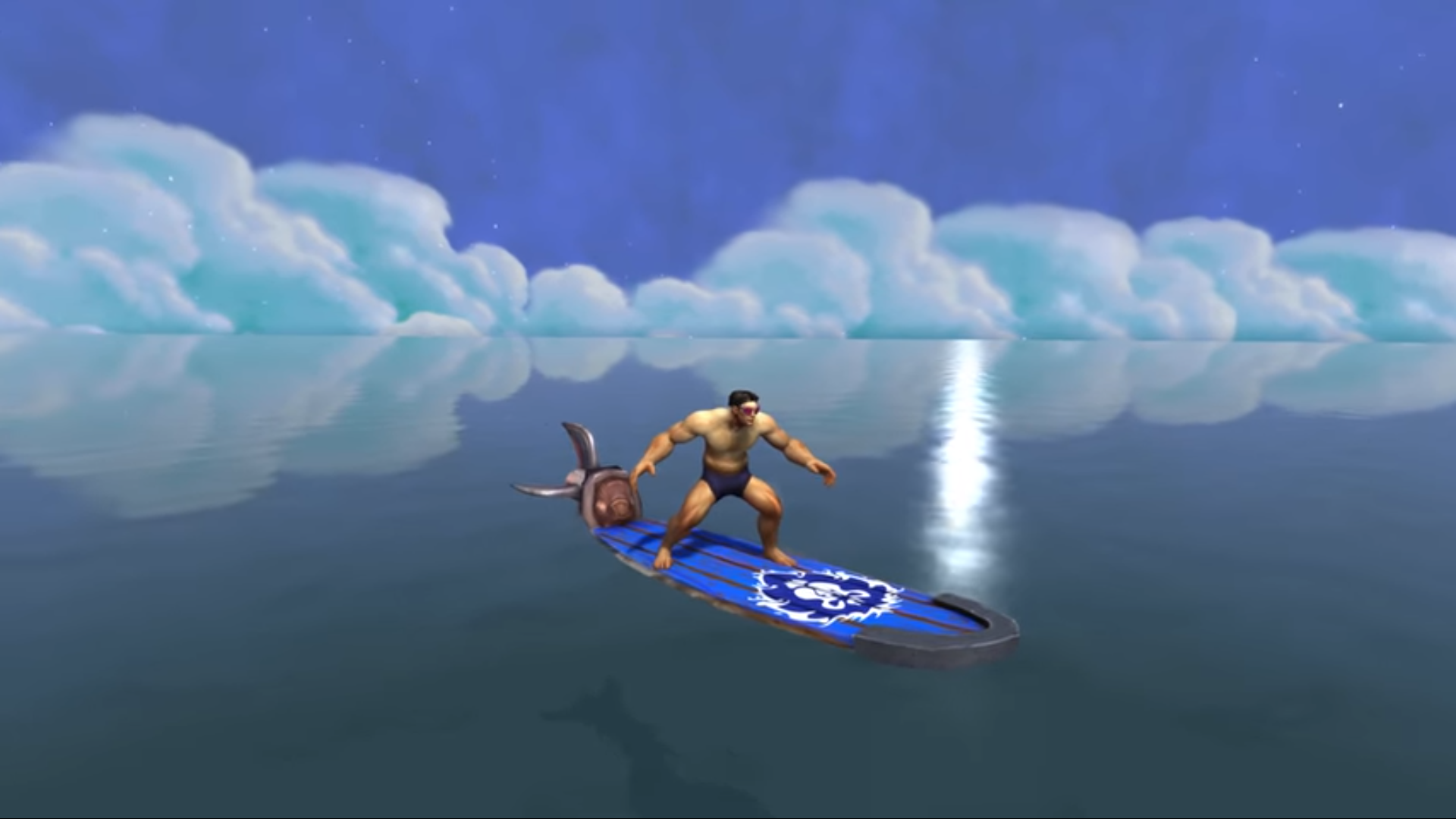 You know what? Just let Wowhead design all in-game rewards in the future. They’re clearly great at it.

YouTuber Kelani’s video about accessing Shadowlands Alpha from inside of Battle for Azeroth is a pretty obvious joke from the get-go, especially as he begins, “Hey folks, this is Salami,” but it’s also very cute. After dying in-game, he pretends to be completely oblivious to the fact that he’s just in World of Warcraft‘s spirit world, where players go when they die in-between getting resurrected. Which, you know, isn’t a bad point. Imagine if the entire expansion just looked like the spirit realm. That would obviously be silly, but ghost mounts similar to the mounts we find ourselves on when we die in-game now could actually work.

The hashtag #thanksnotpranks has been trending on Twitter in response to the fact that we’re in a global pandemic, sometimes the world feels like it’s on fire, and we’re all tired. Frankly, April Fools’ Day just hasn’t felt that welcome this year, with some companies like Google even choosing not to participate this year. World of Warcraft‘s cinematic director, Terran Gregory, and Christie Golden, one of World of Warcraft‘s top lore writers, both posted to #thanksnotpranks.

As always, my thanks go out to the players – I hope you’re staying safe and secure in the midst of these uncertain days. Currently hard at work (from home) on Shadowlands – and looking forward to the future. We all have games, & games are best with good friends. #thanksnotpranks

Maybe this is a good time to contribute to #ThanksNotPranks. I thank you, the readers of my books, the players of the games I work on, the astonishing courtesy & kindness you bring to my feed. I'm so grateful for my dear friends, old and new. Don't let the darkness break you.

Honestly, I wasn’t feeling April Fools’ Day this year either, but seeing the traditional World of Warcraft celebrations reminded me that, in Azeroth, April Fools’ is like all the other holidays — very hammy, but endearing, versions of the real thing. These posts were a welcome distraction, though I do still wish some of them were real.

By Greg Bargas19 mins ago
News