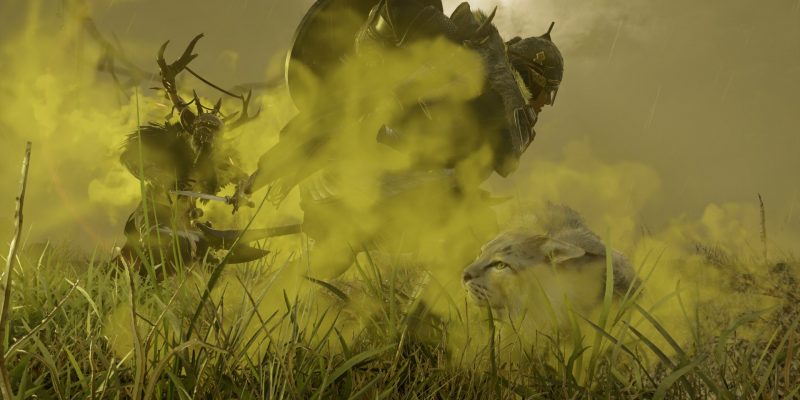 Note: For more information, you can check out our Assassin’s Creed Valhalla guides and features hubs for the base game and the expansion.

Assassin’s Creed Valhalla: Wrath of the Druids – Trial of the Morrigan guide

If you take a look at Ireland’s map, you’ll notice six spots that have a strange icon. It looks like a bowl with flames, so, uh, a fire bowl? Anyway, these locations are where Trial of the Morrigan encounters take place.

Each location will lead to a battle against several druids and, in some cases, you’ll notice different types. For instance, there are those that throw fire grenades, scorching entire patches of the ground. Most enemies, though, like to use poisons. You’ll also notice that druids love to bring wild animals to the fray. Examples include boars, wolves, bears, and even lynxes. (I genuinely cringed when I had to fight those cute cats.)

Oh, and in one particular spot, the hallucinogens would make Eivor think that she’s fighting werewolves. Upon completing each Trial of the Morrigan, you’ll receive some XP. Then, once you’ve completed all six, uh, I guess that’s it. I was actually surprised since I assumed that there’d be a special reward like a unique weapon. It turns out that all you’d receive are experience points.

Anyway, at the very least, you’d be familiar with how these druids operate. You’ll encounter more of these hostiles as you explore other areas or while you’re hunting the Children of the Danu.