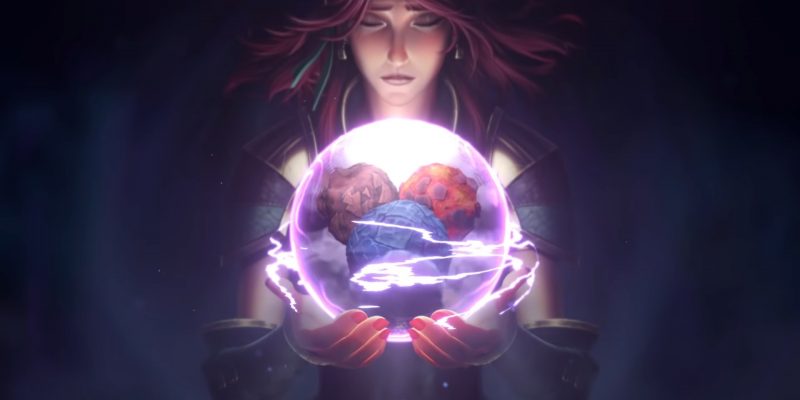 RuneScape is no stranger to lore and questing. British developer Jagex Studios has introduced a total of 230 quests into its signature MMORPG over the course of its 20 year history. Today includes yet another addition to RuneScape‘s vast Quest List, Azzanadra’s Quest. Officially kickstarting the Elder Gods storyline, Azzanadra’s Quest is a direct sequel to Desperate Measures, which was released for Runescape last July.

Azzanadra’s Quest is listed as an experienced difficulty, long-length quest that has a few requirements to begin. You’ll need to have completed The Vault of Shadows mini-quest and have at least 58 Agility, 58 Prayer, 58 Archaeology, and 70 Divination. This makes Azzanadra’s Quest only the second quest to ever require a level in RuneScape’s newest skill, Archaeology. If you’ve completed the ‘The Vault of Shadows’ Archaeology mystery, you can speak with Dr. Nababik at Kharid-et to bypass the mini-quest requirement.

Continuing on from the events of Desperate Measures, Azzanadra’s Quest signals the official beginning of RuneScape‘s Elder Gods storyline. This has been teased for a while, as the Elder God Wars Dungeon was announced back at RuneFest 2019.

Azzanadra is one of Zaros’ most loyal followers. Until now, he had been going along with Seren’s plan to negotiate peace with the Elder Gods. The Elders Gods are beings older than time itself that are said to have created the universe. However, due to a lack of progress and time, Azzanadra has grown frustrated and decided that it’s time for him to put his own plan into action.

The rest of the council is focused on the current Elder Gods, but Azzanadra doesn’t think they are the problem. Despite existing for millions of years, they have yet to destroy Gielinor. Instead, he wants to track down the Elder God eggs that will bring new, more dangerous Elder Gods into the world. By preventing these eggs from hatching, the future of Gielinor can be saved.

To try out Azzanadra’s Quest, you’ll need to head over to RuneScape‘s very own Burthorpe Castle and speak to the council. Assuming you have all of the requirements, a cutscene should begin and you will be on your way. The new quest is lore-intensive and heavy on dialogue. As with most of RuneScape‘s newer quests, Azzanadra’s Quest is voiced, so be sure to have your sound enabled for the full experience.