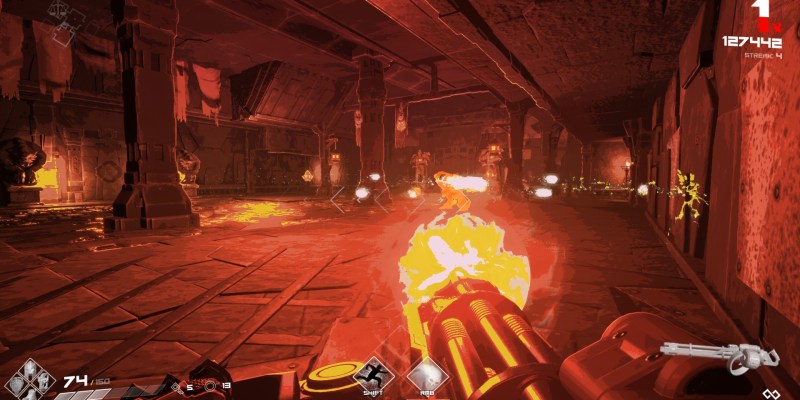 Released back in 2020, BPM: Bullets Per Minute offered quite the novel take on the first-person shooter genre. In a somewhat similar vein to Crypt of the Necrodancer, it challenged players to time their shots, reloads, and other actions to the beat of the background music. Incorporating rhythm mechanics into any genre almost always makes for a cool concept. BPM: Bullets Per Minute appears to execute that concept rather well judging by the “very positive” Steam reviews. Having said that, fans generally agreed that having a custom music option would make BPM: Bullets Per Minute even better. Fortunately, in a recent update, developer Awe Interactive directly addressed fans’ wishes.

Thanks to this update, players can now forgo the game’s default soundtrack and fight to the sound of whatever song they want, at least on paper. The developers noted a few issues that players may encounter when using this feature. For instance, using MP3 files might lead to the in-game beat timer not syncing up well with the background music, so the developers recommend using WAV files instead.

What else should we be aware of?

Additionally, players should ideally avoid pausing and unpausing when using custom music, as this will lead to the track restarting. The developers also recommend using songs that go between 70 and 90 beats per minute for the best results, although the game can account for songs that are between 60 and 120 bpm. To learn more, players can check out this recent news update on Steam, as well as the developers’ official custom music tutorial below.

For some, it may sound like a bit of a headache to get this new custom music feature to work, but fans of BPM: Bullets Per Minute should still test it out and see what it’s like. As long as players follow the developers’ recommendations and instructions, there shouldn’t be too much of an issue.