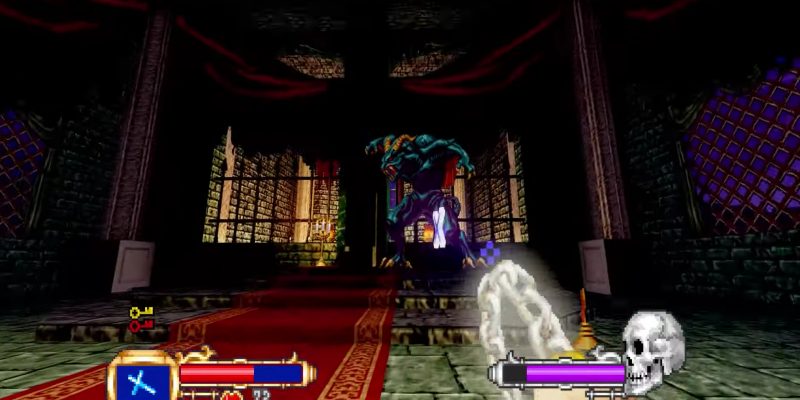 People have been modding games since… well, forever. If the right person gets their hands on developer tools for a game, they can make something entirely new. Take for example Skyblivion or The Frontier. Doom is another game that’s constantly being worked and reworked by modders. The classic shooter’s simple graphics and map building tools make it extremely accessible for anyone trying to make their own demon-filled adventure. However, a new mod for Doom changes the game completely into a first-person version of Castlevania.

Fans of Doom have already been able to do some crazy things with it. Look no further than Bethesda itself, which has developed updates for Doom and Doom 2. On the zanier side are players that get the game to run on any device possible, with one playing through its first level in Task Manager. This mod, titled Castlevania: Simon’s Destiny, is a rare total conversion that changes everything about Doom, making it nearly unrecognizable against its original release.

The mod introduces “new” enemies and weapons, although they shouldn’t be new to any Castlevania fans. Everything players will find in this mod is ripped straight from its source material. Expect to whip skeletons, toss holy water at imps, and break candelabras. Modder Andrea Gori also ported over all the levels from Castlevania: Simon’s Quest, so players can travel through their favorite classic levels in 3D. Some mechanics from Doom are obviously still present, like the game’s aiming and movement mechanics.

Of course, it wouldn’t be a full conversion mod if it couldn’t be played to completion. The Doom-ified version of Castlevania ends with a boss fight against Dracula, although according to the mod’s page, getting there is a challenge. Apparently, health pickups are scarce, so players will have to go about reaching Dracula carefully.