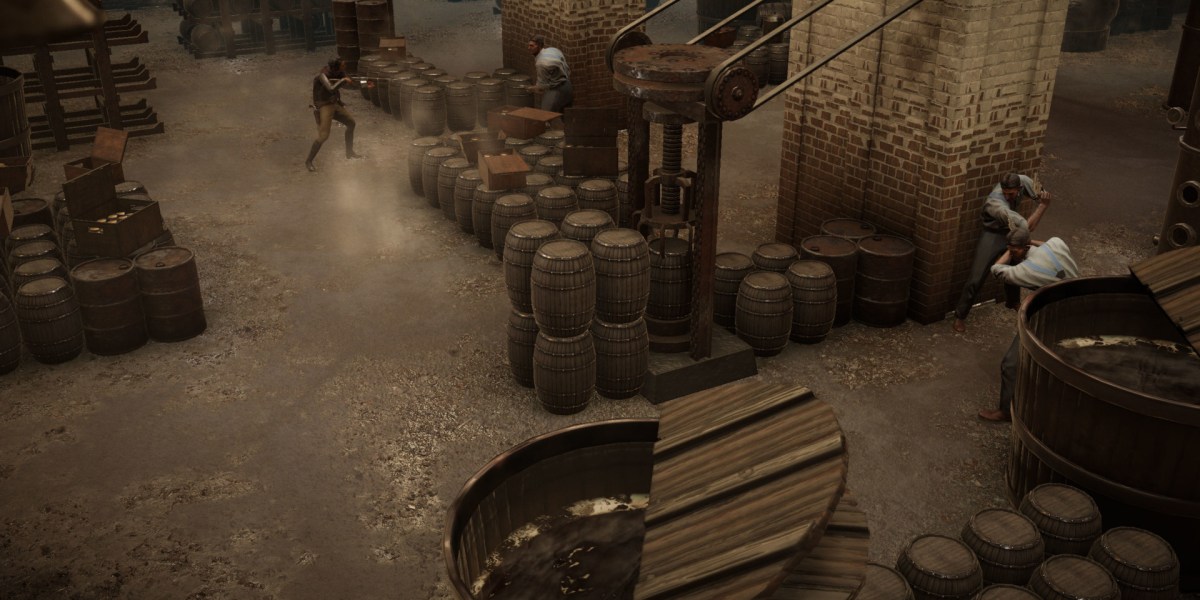 Empire of Sin presents you with a number of options when it comes to characters. After learning how to recruit characters and manage your crew’s relationships, it’s time for our guide on the game’s classes, skills, and roles. As far as I know, you can easily get the Hair Trigger perk if a Hired Gun is using an SMG and their expertise and kills increase. For example, Maria Rodriguez got the perk quite early on. This made her one of my best characters in several Empire of Sin playthroughs.

The reason for this is that Hair Trigger activates even when Maria’s downed and bleeding. If a crew member’s HP gets low, she’ll suddenly stand up and spray lots of hostiles with her SMG. You won’t even need to waste a healing item on her. The Enforcer isn’t a class I prioritized Empire of Sin. This is due to a limited selection of weapons (mostly for close-range combat) until they can get bonus training for rifles at level 2. Likewise, their skills (except for “Meat Hook” which is available at level 5) aren’t going to wow you. The Con Artist class in Empire of Sin is actually fairly decent. Con Artists can readily use sniper rifles making them deadly for long-range engagements. Since enemies can shoot you across an entire room with their pistols, having a rifle or sniper rifle (and camping via overwatch) makes most encounters a breeze.

Con Artists also have a couple of nifty skills. “Flush” (level 1) can make a target move out of cover and trigger overwatch shots. Meanwhile, “Kill Chain” (level 5) lets them regain an action point if their shot eliminates a hostile. They can practically snipe their way to victory if you build them properly. In my opinion, Doctors are the most invaluable class in Empire of Sin. This is due to getting the “Heal” skill at level 1. Since healing items in the game disappear after a single-use, the Heal skill becomes your primary means of keeping everyone in tip-top shape. Plus, you can revive downed and bleeding characters since the skill has a short cooldown.

Oh, and it’s probably worth mentioning that Doctors can be armed with rifles and sniper rifles. They’re basically your sharpshooters and medics rolled into one class in Empire of Sin. Truth be told, I haven’t really tested Demolitionists that much in Empire of Sin. Although they come pre-packaged with a grenade, the class’ throwing range is abysmal that you’re likely to hit your own teammates that are further afield. Empire of Sin has three unique roles that can be assigned to certain characters (four if you count another special role). You can check these out by opening a character’s panel and pressing the “R” button: As for moles, bear in mind that you can have multiple ones embedded in a rival faction. However, these characters are considered “out of action” for six months. They’ll still take up space in your crew limit and you need to pay their wages while they’re undercover. Likewise, a mole will only have one task that can be done that’s dependent on their class: Lastly, there’s the lieutenant role that you can consider in Empire of Sin. This becomes available once you have additional safe houses in other neighborhoods. You can pick a crew member that’ll become the lieutenant of that safe house to gain different boosts depending on their class and level. Don’t worry because that underling will still be in your active party.

Note: This can sometimes bug out. Even after assigning a lieutenant, the Empire Overview screen won’t show that a lieutenant is active. By Jack Salter19 hours ago
Guides

By Sam Robins21 hours ago
Guides