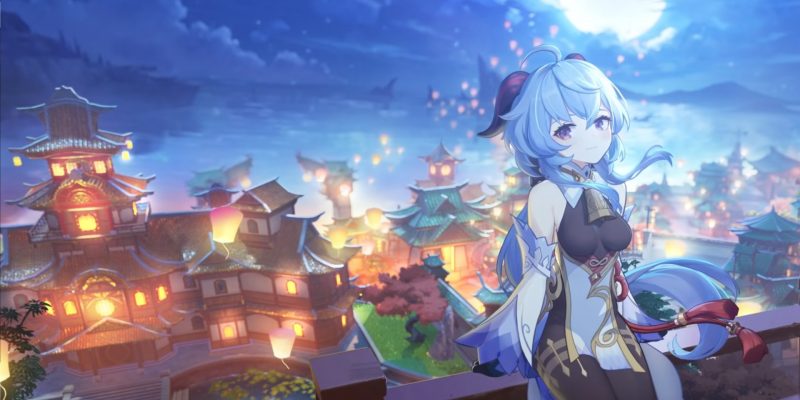 Ganyu has finally joined Genshin Impact’s roster as a playable character and she’s even got her own featured banner. Of course, given that she’s a 5-star character, it’s going to take a lot of luck to get her. Anyway, here’s our guide to help you with Ganyu’s weapons, artifacts, and talents.

Note: Please be reminded that this guide is currently a work in progress since Ganyu’s fairly new. I’ll continue updating the article after doing more tests. For more information about the game, check out our Genshin Impact guides and features hub.

Ganyu’s weapon: Multiple options depending on how you want to build her

From the get-go, you’ll want to ascertain how you want to build Ganyu. Will she be one of Genshin Impact‘s sub/alternate DPS characters like Fischl? Or do you want her as a main DPS type like Childe/Tartaglia? Heck, perhaps you simply want her around in a support role similar to Venti?

Your decision will affect the weapon that you want to give her:

Note: I’ve added more details in an update at the latter portion of this guide. 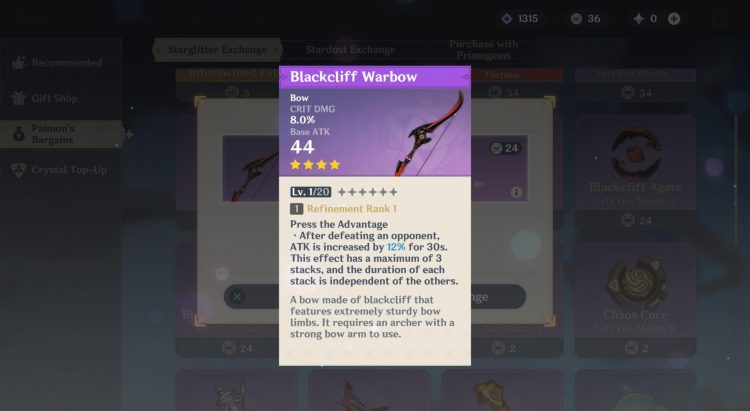 Blizzard Strayer from the Peak of Vindagnyr tends to be the most obvious choice here. The 2-piece set bonus adds +15% Cryo damage. Meanwhile, its 4-piece set bonus increases a character’s crit rate by 20% if they attack a target affected by Cryo. If the target is frozen, an extra 20% crit rate is also added. That whopping 40% crit rate is no joke especially if you’re often freezing your enemies.

If you want, though, you can test other alternatives:

Note 2: I’ve added more details in an update at the latter portion of this guide. As of now, the most effective way to use Ganyu in your Genshin Impact runs is to use her charged shot whenever possible. That’s why you should boost “Normal Attack: Liutian Archery” before anything else.

Aim for a little over a second and you’ll get charge level 2 of her ice arrow. Whether it hits an enemy or not doesn’t matter since the projectile will bloom and deal AoE Cryo damage. Heck, you can safely shoot the ground just to blast nearby enemies. 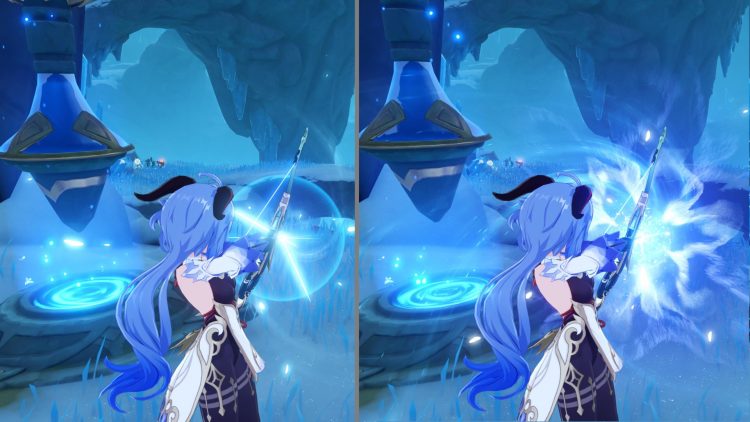 Her elemental skill, “Trail of the Qilin,” is nice to have since it does a taunt (similar to Mona’s and Amber’s skills) before exploding to deal AoE Cryo damage. Sadly, it’s not something that’d let you pour a ton of DPS. Likewise, you wouldn’t want to boost Ganyu’s HP even if the skill scales off this stat.

Lastly, her elemental burst/ult, “Celestial Shower,” is actually pretty good. With it, Ganyu can spawn a frozen disco ball that makes icicles drop on enemies. Those within the area of effect get hit by the icicles and, if affected by Hydro, they’d get frozen, too.

Still, these two abilities aren’t priorities compared to “Liutian Archery.” On the bright side, you won’t use up too many Diligence books or whopperflower nectars since there aren’t a lot of talents that need to be leveled-up. 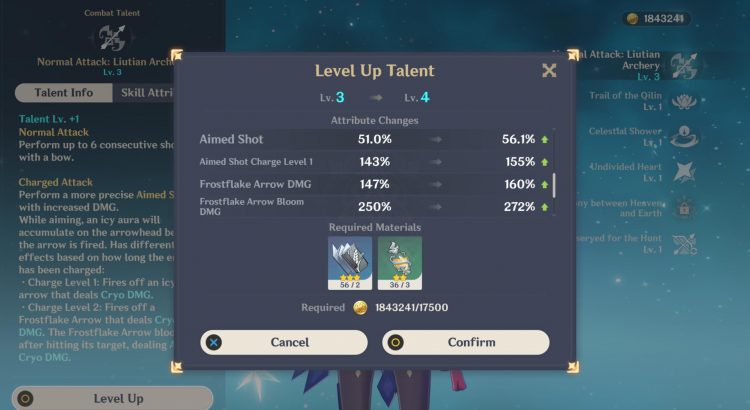 As mentioned before, it’s still fairly early and I’ve yet to do additional tests, but I can say that Ganyu is another neat addition to Genshin Impact‘s roster. I’m liking her kit so far thanks to her elemental burst/ult and extremely devastating charged shots/blooms (the extra crit rate and crit damage help immensely).

To be clear, though, her playstyle is definitely unlike many other characters in Genshin Impact. Since the focus is on charged shots and not auto-attacks or skills, it can take a while to get used to. But, if you manage to master these intricacies, you might find that Ganyu’s quite an enjoyable character to have on the field. 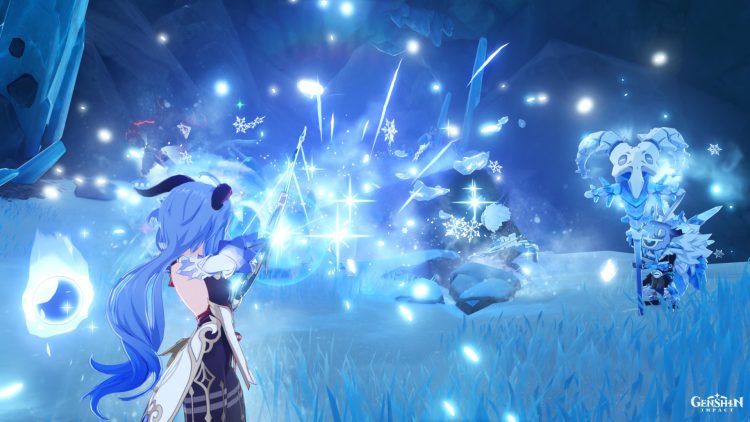 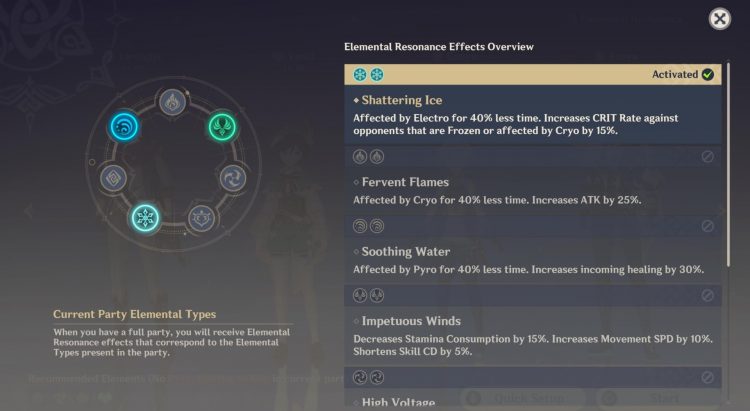 Based on these, you already get 75% crit rate primarily used for her Frostflake Arrows (fully-charged shots); we’re not even adding artifact stats/sub-stats in the equation just yet. As such, the Viridescent Hunt’s crit rate stat might not seem necessary, at least if you already have the above setup.

In my case, I use the Blackcliff Warbow. I’ve had tremendous success with this weapon since it greatly boosts my crit damage (also aided by Ganyu’s ascension stat bonus). Likewise, the extra ATK stacks from enemy kills often proc due to Ganyu’s damage output. However, I would cite that the Blackcliff Warbow is probably not ideal for single target/boss encounters since its bonus proc would get wasted.

Oh, and just to clarify, I don’t have the Amos Bow; I would say that this is ideal for Ganyu regardless of the encounter. I do have the Prototype Crescent, but my crit damage drops significantly, though ATK does get increased. Still, Prototype Crescent can be the best free-to-play (F2P) alternative since it’s from the blacksmith and you can easily refine it if you’re lucky with the material drops. You could even combine this with the Wanderer’s Troupe set for extra charged shot damage.

Sadly, I don’t have decent rolls for some of my Wanderer’s Troupe pieces. But, if you want to see the full set plus Prototype Crescent in action, you can watch the video below from Genshin Impact YouTuber SkyRaker: 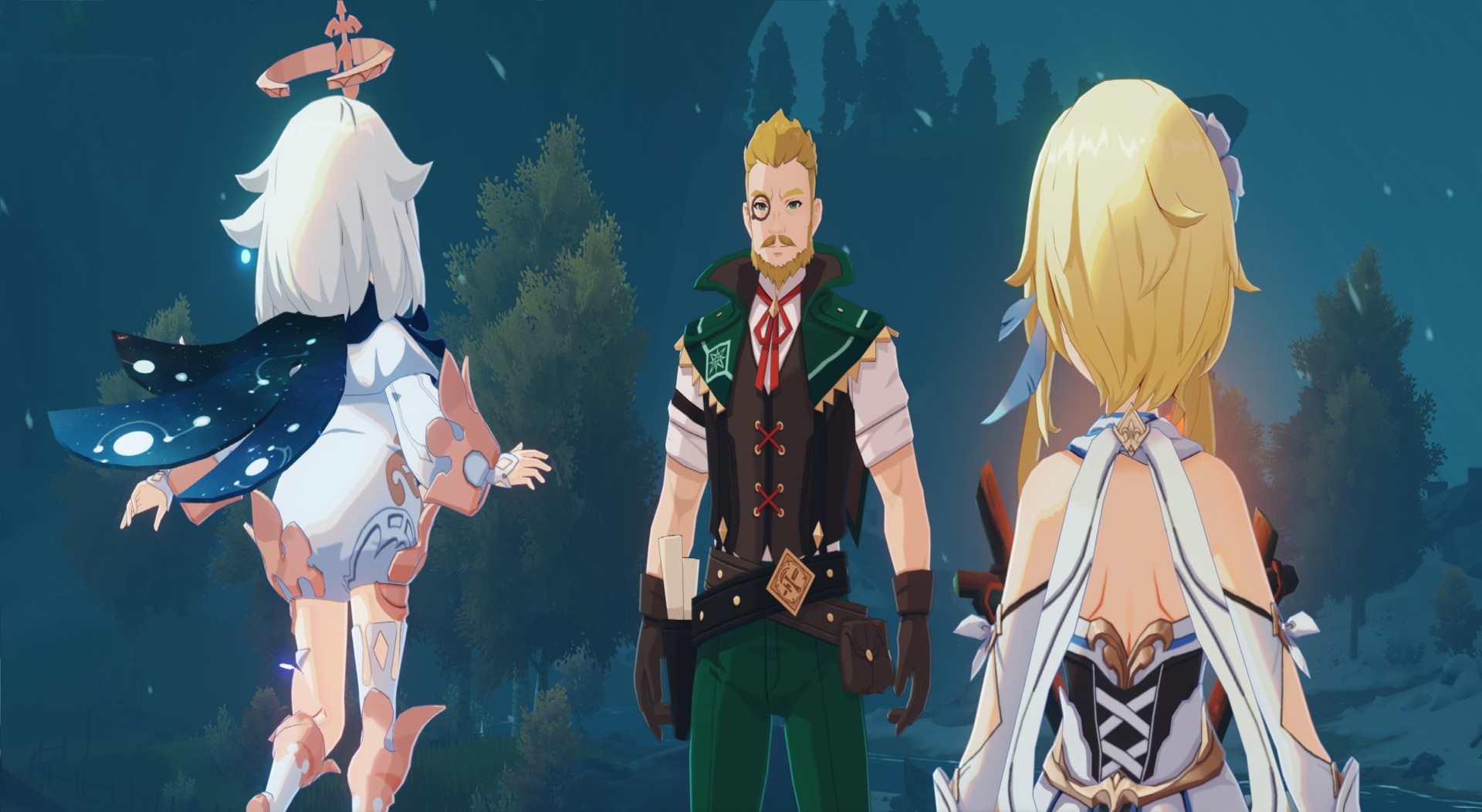 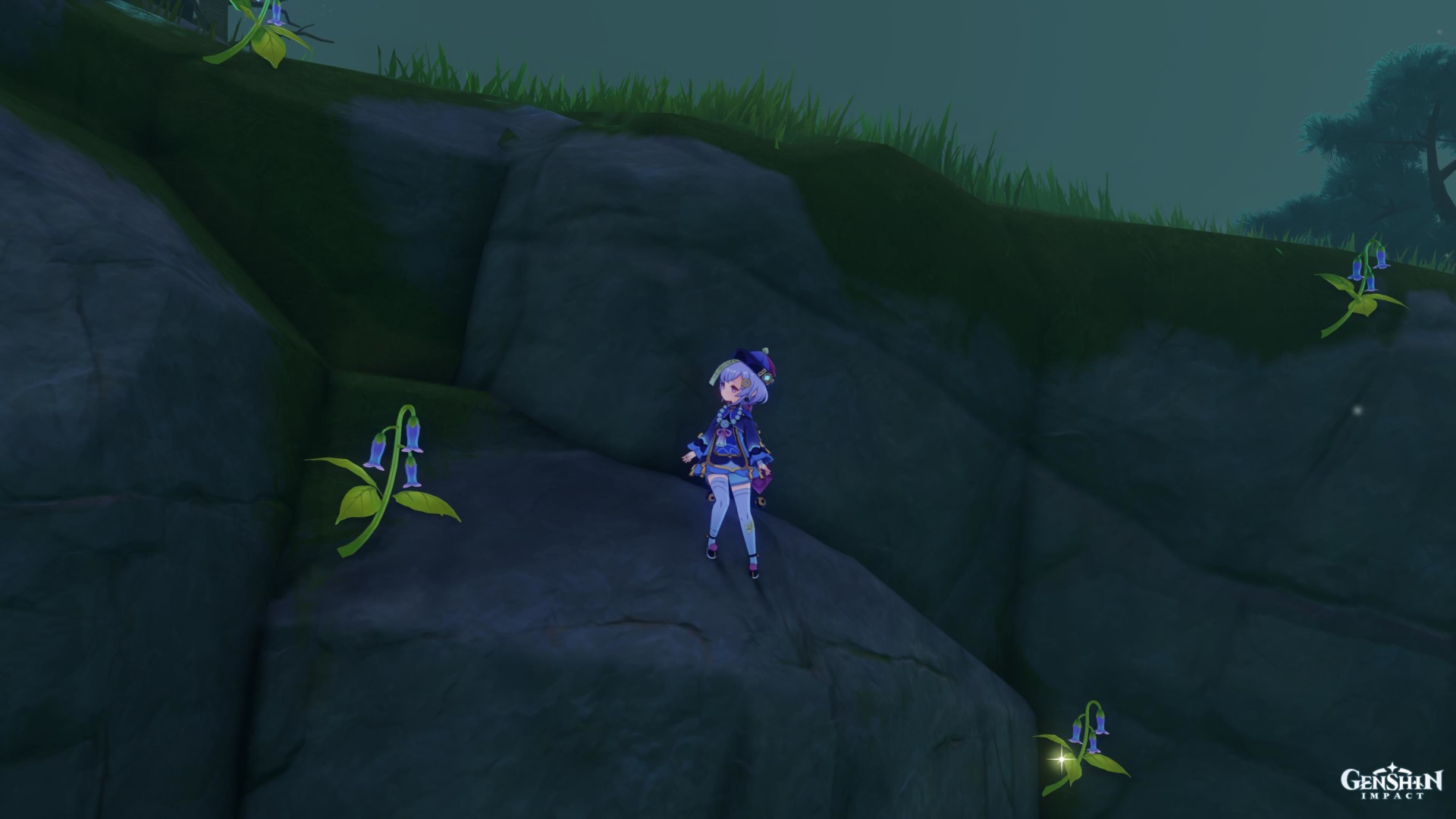 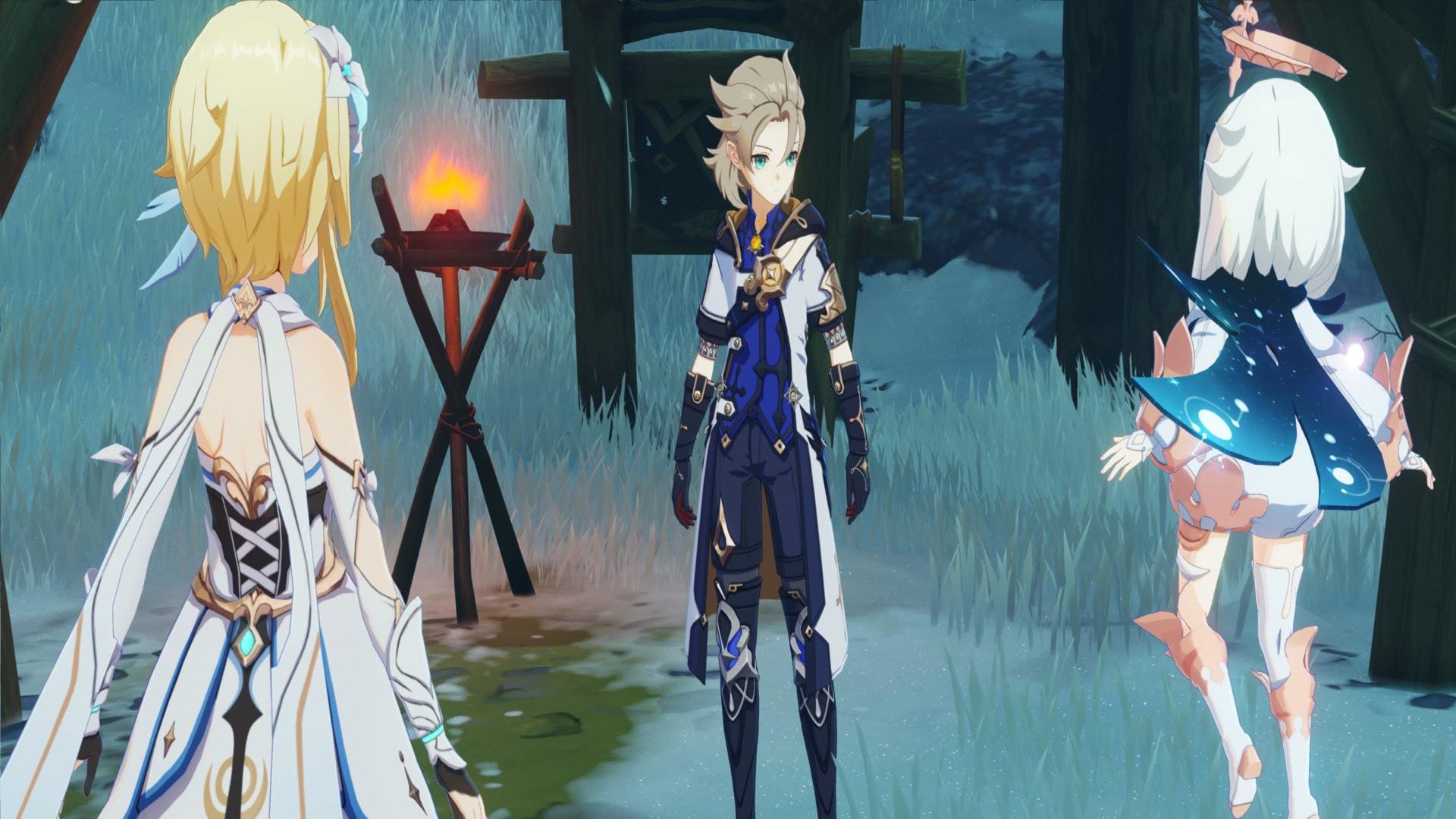