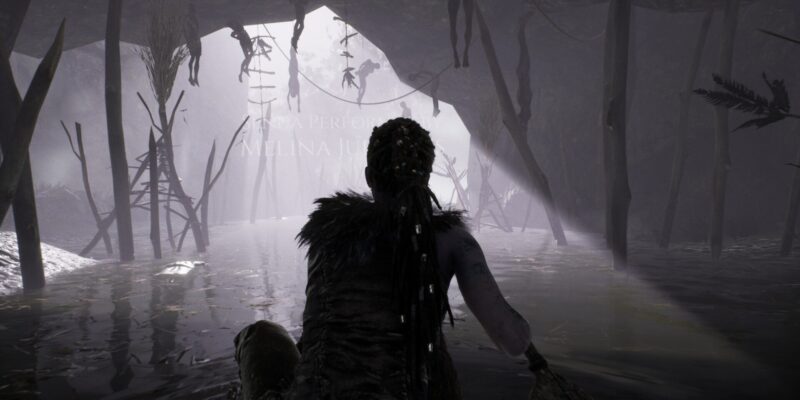 It’s always nice when a game receives additional graphical updates years after launching. In this case, Hellblade: Senua’s Sacrifice fans got a pleasant surprise with new RTX support for ray tracing and DLSS. The game has gotten not only the latter two tech, but it also received support for AMD FidelityFX Super Resolution (FSR). PC players also now have access to other recent enhancements that arrived on Xbox, with better level of detail, materials, and particles. Even with all of this, the game still runs like a dream with ray tracing turned off, averaging 100+ fps at 1440p on an RTX 3090 card. I grabbed a couple of four-way comparison shots showcasing both ray tracing and DLSS at different levels.

The ray tracing is obviously the most impressive addition to Hellblade: Senua’s Sacrifice. There are three levels, ranging from low to high. High is the only setting to include ray-traced shadows, but the game’s performance is, naturally, heavily impacted by this. In an area where I got about 115 fps without RTX on, turning it to high dropped the framerate to roughly 50. That’s more than a 100% frame loss, but the game is still plenty playable if you’ve got the power and want those ray-traced shadows. DLSS, of course, also helps mitigate this, as you can turn that on and get your frames increased by quite a lot.

I’ve gone ahead and taken pictures and placed them side-by-side (using Nvidia’s new ICAT tool), which you can see below.

Additionally, Hellblade: Senua’s Sacrifice also adds support for DX12 and more. There are accessibility updates, for example. Both controller and keyboard inputs can be fully rebound, there are new color blindness presets, and subtitles can be customized, leading to a lot more options for new and returning players. This is a very substantial update that adds some pretty impressive new features to a game that’s about four years old. Granted, it still looks great, especially with ray tracing.

Similar to the above, I captured another set of images showcasing the three different levels of DLSS.

Vampire: The Masquerade – Bloodhunt gets its full launch delayed to early 2022