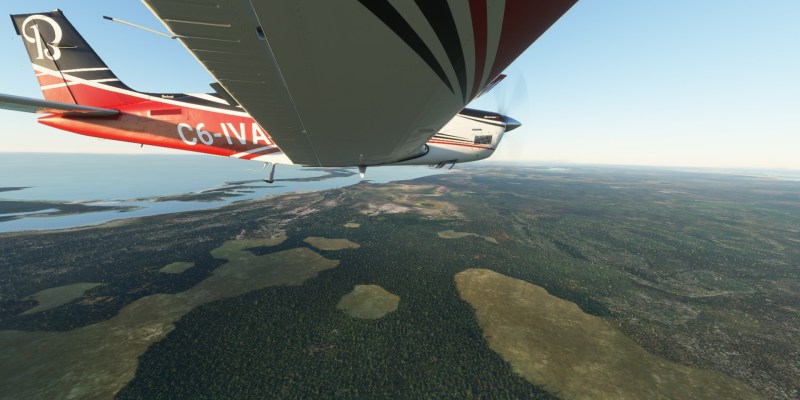 If you’re reading this article, that means you’re probably preparing to attempt the Microsoft Flight Simulator install, or you’re curious what all the fuss is about. Either way, I’m here to give you a heads up as to what you can expect to encounter throughout your setup process.

Note: this experience applies to the Windows Store version of the Premium Deluxe version of the game. My guess is that the Steam version may operate differently (and the different editions may have a different amount of data). Now, let’s move on.

It’s no secret that Flight Simulator is a big package, clocking in at about 150 GB. Furthermore, Microsoft recommends that you install the sim on an SSD. If you don’t have one, you can still play, but I’ll explain later why that recommendation is sound.

Of course, our journey starts at the download page. While the Store will notify you that it’ll need a drive with at least 122 GB of available space, you’ll notice that the initial download may move relatively quickly. For me, it was only done in a few minutes as the final came in at about 2 GB. That wasn’t an error, as the program was actually downloaded. When fired up however, you’ll run into yet another download prompt, this time from within the simulator itself. This is where the heart of the download process will take place, and the bulk of the remaining gigabytes will be hauled in from here. 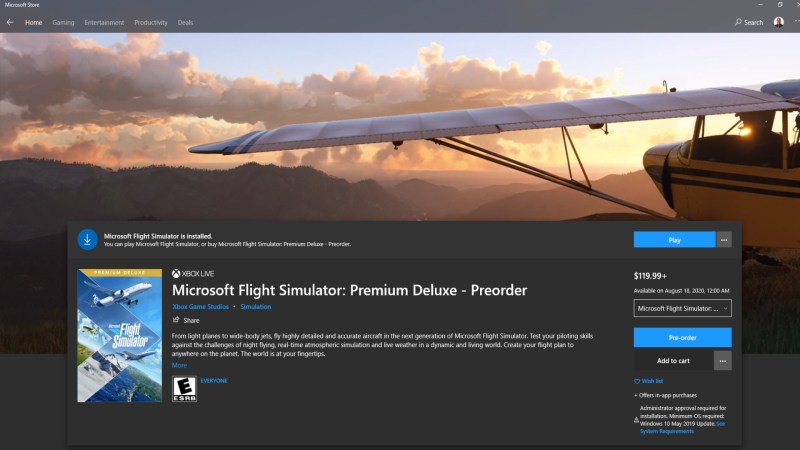 Where your journey begins.

My laptop is connected to the internet via a 5 GHz signal with speeds that range from 70-90 Mbps at any given time. Under these conditions, it took a whopping five and a half hours for the entire download and installation to be completed. Thus, assuming you don’t have something like a gigabit connection, then there’s a good chance you’ll be waiting a little while. I highly recommend starting your download and then leaving it be for awhile. For instance, you can start it right before turning in for the night, and it should be done by morning. Alternately, initialize the download at the beginning of your day and by the time you get back, it should hopefully be done. Case-in-point, you’re going to need to give this game time to get itself ready. Rest assured, the wait is worth it.

It’s all about location

As stated earlier, Microsoft does happen to recommend you install Flight Simulator on an SSD. With all of that data to unpack, this should be a no-brainer. Apparently I don’t have a brain though, so I initially installed it on my HDD. In my defense, when I gained access to the game I had not yet shuffled around my files on my main SSD. 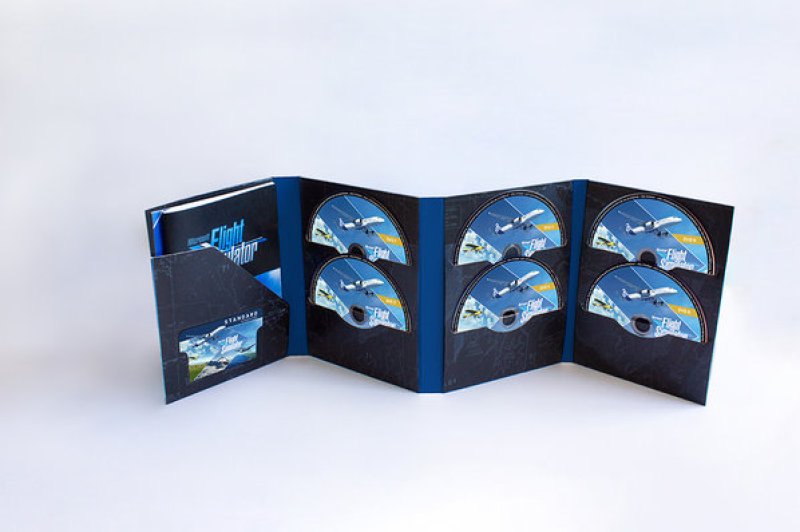 I hope you’re not going this route. Even so, an SSD is the way to go.

My secondary SSD (which was entirely empty) was just a notch too small to fit the Microsoft Flight Simulator install. So, just for the sake of getting it running, the HDD had to suffice. While it didn’t seem to really affect performance (though this is  arguable since I only played FS once in this state), what was really obvious were the load times. From desktop to sitting in the cockpit, it took roughly 10 minutes to get the game running. I’ve grown used to the exceptionally quick startups of X-Plane 11, so the SSD route had to be taken.

After maneuvering a few files and games around, I managed to clear enough space to house the behemoth that is Flight Simulator. Now, you might think I actually went ahead and downloaded this bugger again. No, sir! Windows actually has a nifty feature that allows you to move already installed apps to different storage devices. This is a good thing to note if you already intend to migrate Flight Simulator in the future. The same can be done in the Steam edition, though you have to do it within Steam itself.

That said, I initiated the moving process for Flight Simulator. Even after accidentally closing the settings menu, the sim still migrated over from my HDD to my SSD. To monitor the progress, I just left my PC sitting on the “This PC” menu and kept refreshing every so often to see if my SSD was continuously filling up. I’m not quite sure how long it took, but I’d say give it about an hour or so to be safe.

An SSD isn’t a must for Flight Simulator, but you might experience some real-world airport waiting times without one.

Once Flight Simulator was transferred to my SSD, loading times were cut in half. I can get from desktop to cockpit in about five minutes now. It’s still a bit of a wait, but not that bad considering the immense amount of data the game carries. That being said, remember that this too is something you have control over.

The 150 GB install size of Flight Simulator pales in comparison to the sheer amounts of data the sim streams over the Internet to build the virtual Earth that you fly over. No consumer storage device out there is big enough to house literal petabytes of data. That said, having an internet connection (and a decent one) is integral to keeping the world around you constantly refreshed with new satellite/modeling data, real-time weather, and real-time traffic.

In my own experience, Flight Sim has streamed in 11.23 GB of data. I’ve been flying for about 12 hours now. Now, that isn’t too bad, but the big caveat for me is that I’ve mostly done flights around the Bahamas, and parts of Florida. If you regularly fly over dense areas, such as big cities and countries, then your data count will more than likely rise quicker. If you fly to an area regularly and want to reduce internet usage (or simply have spotty internet), you can download selected areas. The thing is, this will cost you in terms of storage space. So, if you live in a place with good internet and no data caps, you’ll be alright. Otherwise, keep those other points in mind. 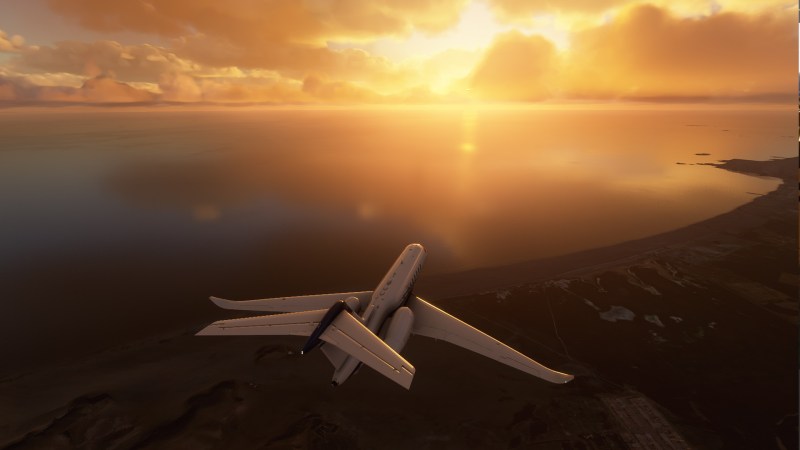 Finally, a sim you can jump right in.

The wait is worth it

Altogether, my setup experience with Microsoft Flight Simulator was fantastic. The sim will pre-select what it determines your system is capable of, but you can manipulate every little setting that you need in order to best tweak performance for your system. However, when compared to my experiences with other sims like FSX and X-Plane 11, I’m blown away. I didn’t need to look up any guides or spend hours configuring different things to get up and running. It’s a really straightforward experience and a welcome one at that. If you want to purchase Microsoft Flight Simulator, you can find it on the Microsoft Store or Steam. The physical version is available, too.