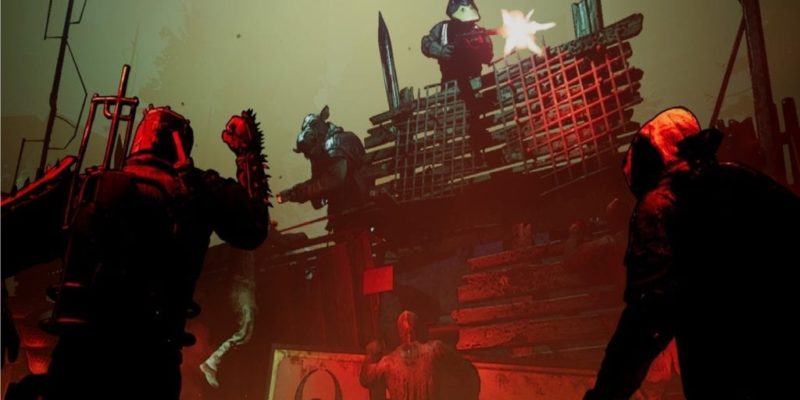 In my review for Mutant Year Zero: Seed of Evil, I mentioned that the expansion had a number of noticeable flaws. One, which completely soured the entire (short) journey, was its final boss. Without spoiling too much in this intro, let’s just say that it falls in line with what you’ve been expecting throughout the handful or so missions.

Note: There will be major spoilers for Mutant Year Zero: Seed of Evil‘s final boss encounter from here on out. Oh, and one more thing, do be sure to have your silenced weapons fully upgraded before heading out.

As mentioned in our review, Mutant Year Zero: Seed of Evil only has around eight new zones to explore. From time to time, though, you might be asked to revisit older zones that have been overrun by enemies. These are not actually connected to the main plot that’d take you to the final boss’s lair.

So, who’s the big bad? Well, it’s none other than an evil tree called Old Jyko.

Wait? Who? It’s a random boss that’s introduced towards the end of the narrative. Old Jyko is a sentient tree that seems to have been mutated during the catastrophe that ruined life as we know it. This maniacal Treebeard has been the one causing the corruption of red vines and Pod people to spread in Mutant Year Zero: Seed of Evil. 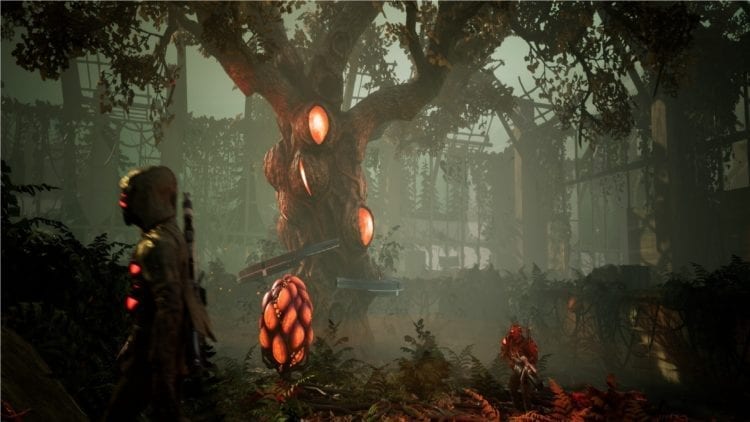 So, how exactly do you cut down Old Jyko? Well, first things first, you’ll need to make your way inside what seems to be an indoor playground or park where it’s made its lair. Prior to getting there, you’ll encounter a couple of Pod Wolves and a Pod Spawner.

You can approach fights stealthily in Mutant Year Zero: Seed of Evil by waiting for patrolling mobs to pass by and get separated from their group before ambushing them. I usually open up with Bormin’s “Bear Smash” to stun a lone mob and then firing silenced weapons to take them out in a couple of turns without alerting nearby hostiles. As for the Pod Spawners, they’ll churn out new Pod units every two turns, automatically attacking you once they pop up.

Note: Pod Spawners need to be killed before you start the final boss encounter or they’ll be very annoying, since they’ll spawn new units indefinitely.

It’s imperative that you take them out stealthily once you get inside Old Jyko’s main building since two of them are right next to other mobs. If you’re heard, you’ll have the entire building swarming around you. To prevent yourself from getting spotted, just start an ambush but keep using only silenced weapons. You should be able to destroy the Pod Spawners before they generate a new unit.

When you’ve taken out all the Pod Spawners, it’s time to take out some lone mobs that are patrolling. Only focus on these since the rest will bring down the entire building on you. 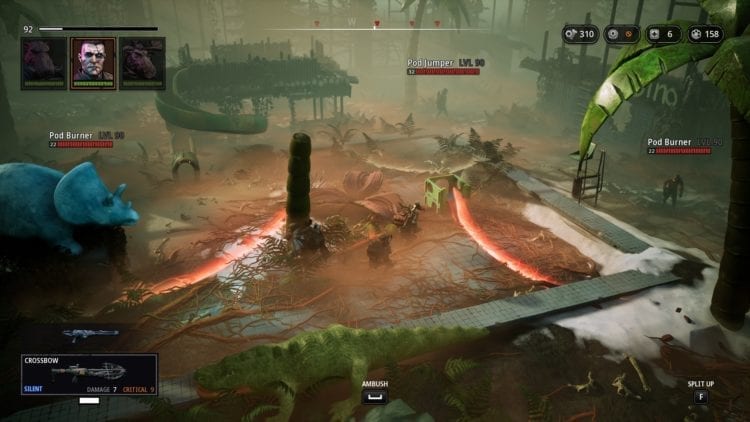 Pod spawners have been cleared. Also, note that Big Khan’s “Ground Pound” skill can cause the game to freeze in this location.

Old Jyko is a terrible final boss for Mutant Year Zero: Seed of Evil. It does not attack. It only alerts all living enemies in the entire area if you shoot one of its “Tree Hearts.” Even the name of its appendages is terrible. There’s one Tree Heart at the left side of the building and one on the right.

Attacking the one on the right is risky due to having more mobs in that location. Instead, head over to the left side of the building. There are only a handful of mobs here and they can get picked off one by one.

Note: Don’t shoot the Tree Heart yet until you’ve cleared nearby mobs.

Make sure that you position yourself accordingly on the left side of the area. Have a character meant for long-range sniping (Dux or Magnus) split off and stay in a room on the second floor. Two other characters (in my case it was Bormin and Big Khan) should be down below. Alternatively, just switch up your squad to have three characters that have bonuses to sniping and crits. 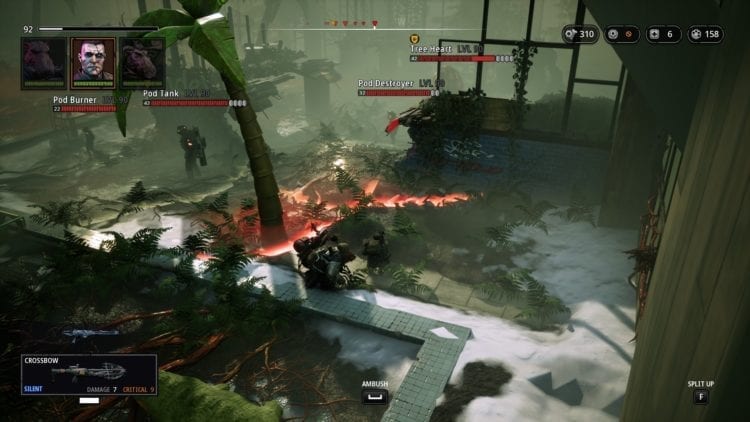 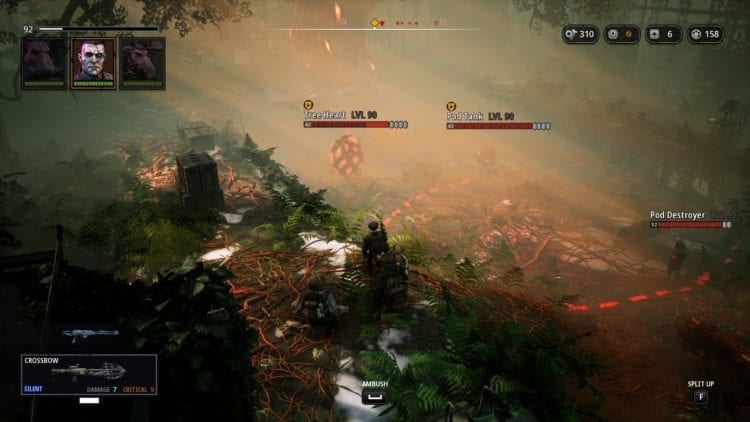 When you’re ready, shoot the Tree Heart. Old Jyko will howl in pain and will start summoning everything that’s still alive. If you’ve left some Pod Spawners alive, then it can be annoying. However, if you took out most of the trash, then you’ll have nothing to worry about (except for Seed of Evil being a decent expansion that is). 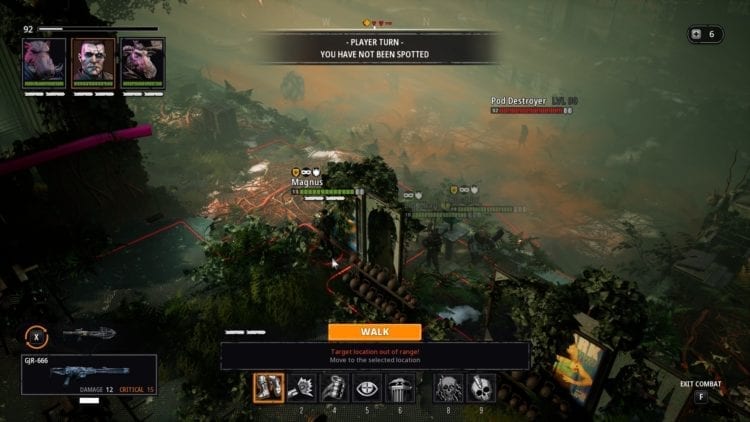 This entire boss fight was just killing the nearby mobs and then waiting for the rest to get funneled in and shot down.

Once all the Pod baddies are gone, all you need to do is go from tile to tile until you reach the other Tree Heart on the right side.

Shoot it a few times and it’s dead. Take note, because you’re in combat the entire time when a Tree Heart detects you (even after the first one dies and all mobs are killed), you won’t be able to pick up the loot that enemies drop.

You’ll see an ending cinematic that leads to an upcoming Mutant Year Zero DLC, I guess? If you load your save, there’s a marker on the Ark that says “Future Adventures.” You can check out some older zones if you feel like it, but there really isn’t anything else that’s left for you to do.

If you do want to take out Old Jyko on your own, then you can pick up Mutant Year Zero: Seed of Evil via the Steam store page.