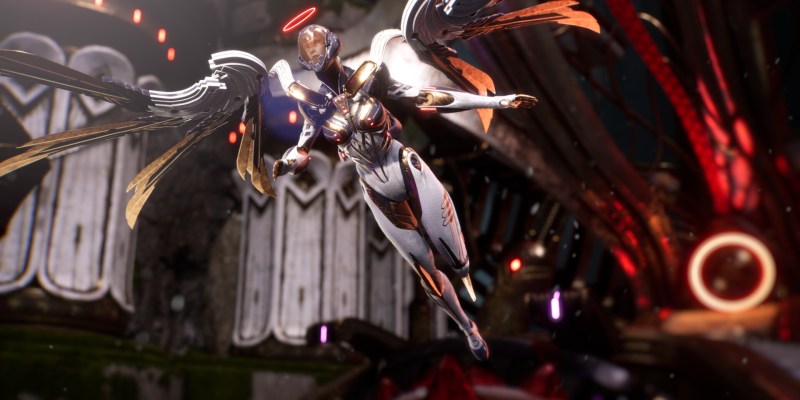 Paragon, the free-to-play action MOBA by Epic Games, went the way of the dinosaur back in 2018. In an unprecedented move, however, Epic released roughly $17 million USD worth of assets to the world for free, allowing developers to use the content however they wished. Some attempted to create a spiritual successor to the game, but work on such projects seemed to fizzle out over the years and at least one game is meeting a similar fate. However, as spotted by PC Gamer, the game is actually returning (for real) as Paragon: The Overprime, and it’ll include new heroes and a competitive mode.

Paragon: The Overprime seems to have only recently adopted the brand name. Under development by the South Korean mobile game studio Netmarble, Paragon: The Overprime seems to have began its life only as Overprime a year ago. Judging by early playtest footage, it was likely already making use of Paragon assets. However, the game apparently adopted all of Paragon‘s branding, from the name to the logo, last week.

Judging by the new Paragon: The Overprime gameplay footage, the MOBA is pretty much the same as before. It’ll arrive on both Steam and the Epic Games Store “soon” as a free action MOBA with heroes and skill-based powers. New heroes are joining the mix, and the studio is testing a new competitive mode coming to the game.

“Choose one of the many powerful heroes with unique skills and work with your teammates to conquer the Prime battlefield,” reads the game’s description. “Speed across the battlefield with the heroes of Prime and feel the thrill of the action.”

Paragon and back again

Paragon is returning to the world four years after it was overshadowed by Epic’s breakout hit, Fortnite. The battle royale proved far more popular than the MOBA, leading Epic to pull the plug after the popularity of Paragon plummeted.

After releasing the game’s assets, a handful studios attempted to keep the dream alive. In 2018, Visionary Games announced Project Phoenix Rising, a spiritual successor. The team offered development updates throughout the year via its Trello board. Sadly, the board has since gone quiet. Another developer called Metabuff announced CORE, but it seems progress went dark back in 2020. As PC Gamer pointed out, Strange Matter Studios used Paragon assets to create Fault: Elder Orb, which launched into Early Access in 2020. However, the game is shutting down on November 1.

It’s too early to say if Paragon: The Overprime will succeed where the original game and its spiritual successors did not. The game is likely almost finished as well. There’s a final test happening, and Netmarble has the details on how to enter.