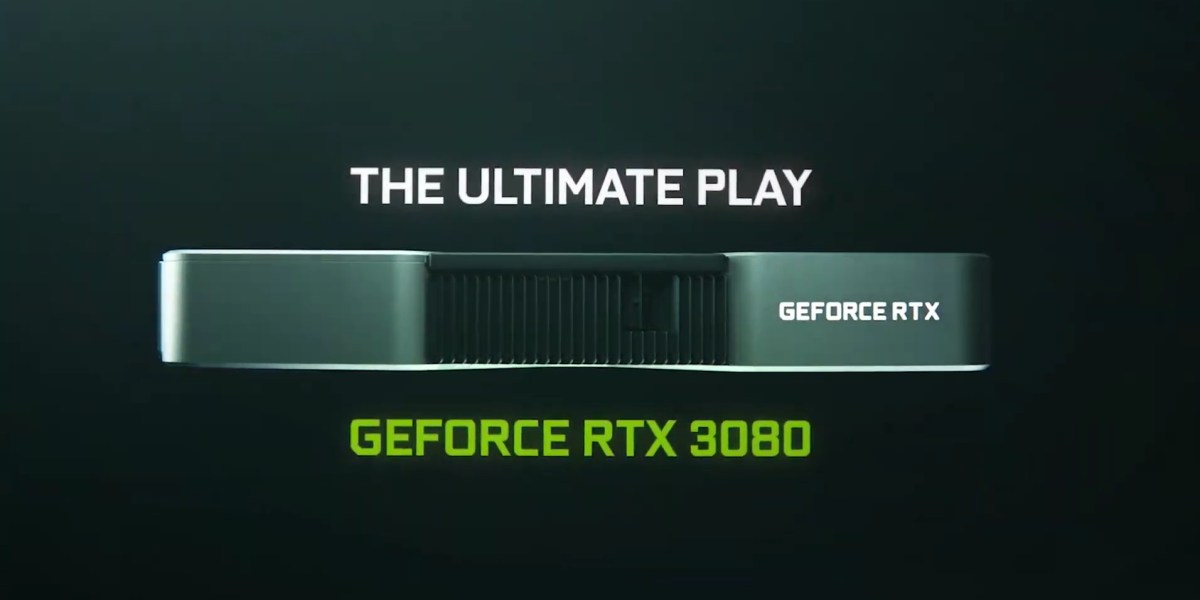 When Nvidia unveiled the next-generation GeForce RTX 3080 and RTX 3090 on Tuesday afternoon, the company announced a new 12-pin PCIe power connector will be used to power the new Ampere-powered graphics cards. That led to a lot of speculation and concern about whether most consumers will also need to shell out the money for a new power supply (PSU).

According to Nvidia itself, that won’t be necessary. The company released a handy diagram showing what you’ll need from a PSU in order to use the new lineup of graphics cards. 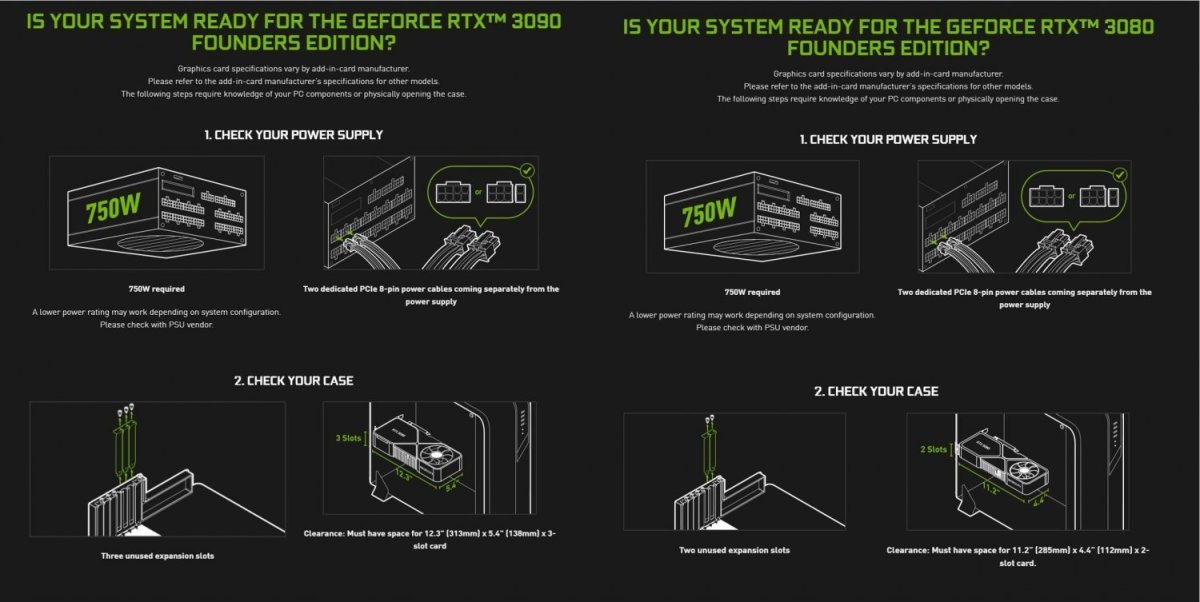 No matter what, you’ll need a minimum of a 750W PSU to power the new card along with everything else in your machine. Aside from the PSU itself, users need “two dedicated PCIe 8-pin power cables coming separately from the PSU”. If you receive one of the Founders Edition graphics cards from Nvidia, a 12-pin to dual 8-pin adapter will be provided to you in the box. However, RTX 3080 and RTX 3090 cards from companies such as MSI, ASUS, Gigabyte and others aren’t expected to include the adapter, meaning that you will have to go the route outlined in the diagram to get power to the card.

The other thing to take in mind with the new graphics cards is the size of your case. For the RTX 3080, you’ll need a minimum of two expansion slots with the space for 11.2″ x 4.4″ within. The RTX 3090 requires a bit more space as it’s one of the largest consumer cards released. To make it fit, you’ll need three unused expansion slots along with 12.3″ x 5.4″ worth of space.