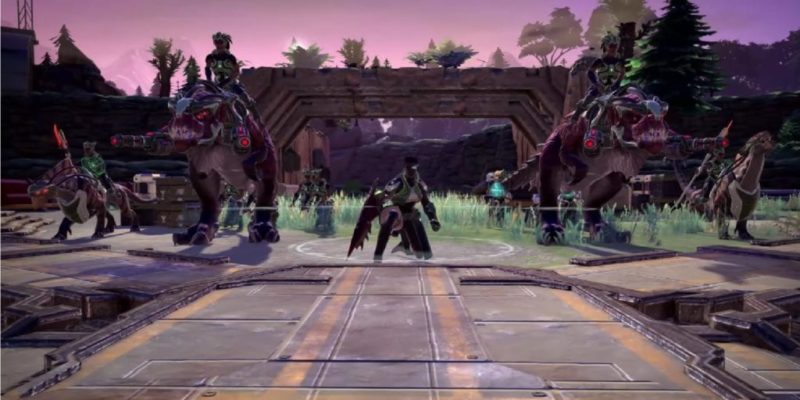 Triumph Studios’ Age of Wonders: Planetfall is heading to the future. Still, even with sci-fi themes, you can’t go wrong with a little bit of fantasy flair. That’s where the Amazons come in. This all-female race of combatants is inspired by many fantasy tropes such as elves, forest dryads, nature affinity, and the mythological warriors they’ve been named after. Oh, and they can also ride dinosaurs and fire lasers! This faction guide takes a look at the best tactics and strategies to maximize your Amazon playthrough. 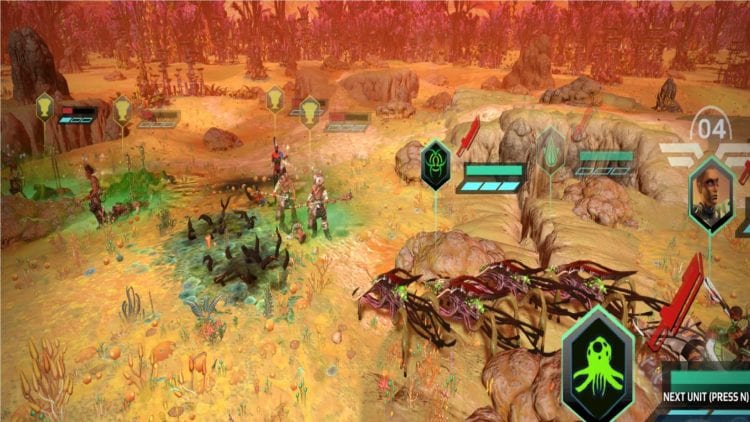 Out of all the races in Age of Wonders: Planetfall, it’s the Amazons that I first fell in love with. No, it’s not just because they’re strong female fighters. It’s because of how all their bonuses and perks synergize.

For starters, their main weapons group uses the Biochemical element. That means a majority of weapons, unit attacks, mods, and the like will use Bio damage. Their secondary weapons group would be Lasers/Thermal element. It’s safe to ignore the Laser-type weaponry because the Bio group is where the synergy lies. 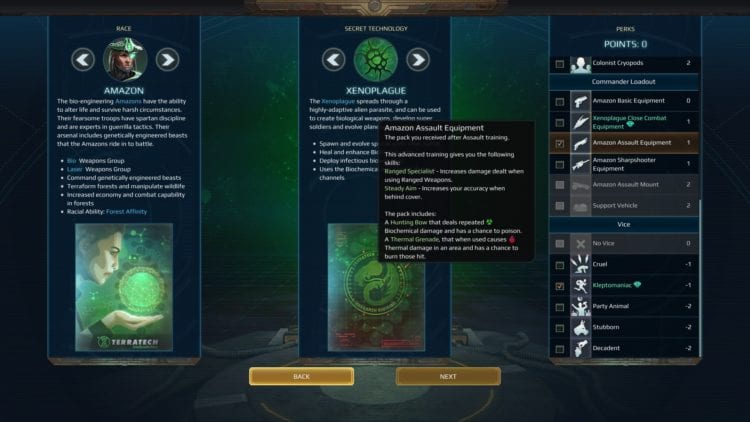 The Amazons also have an affinity for forest-type biomes and sectors, even an Operation that can terraform plains into woods. You’ll gain increased morale when fighting in forest hexes, and certain techs or buildings will even improve your economy when you’ve got forested territories. 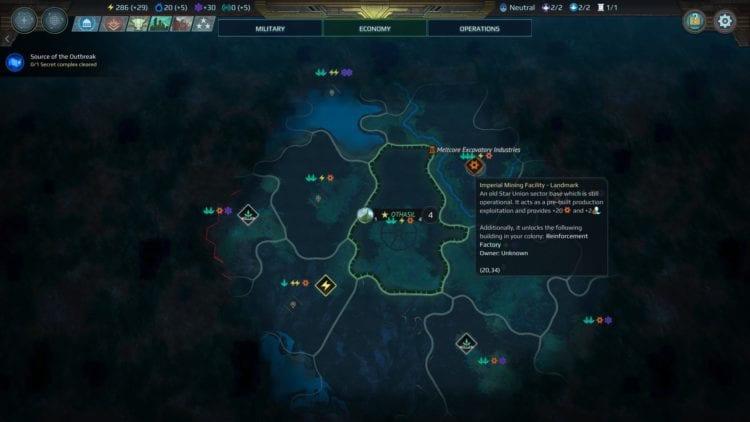 Your Amazon commander and units

In this scenario, I chose a custom Amazon commander with the Xenoplague secret tech and the template seen above. I picked Veteran, Military Detachment, Amazon Assault Equipment, and Kleptomaniac. Upon starting the game, I also picked up the Dead Eye, Ranged Specialist 2, and Infantry Commander talents.

The early game in Age of Wonders: Planetfall will usually net you Amazon units such as the huntress, lancer, and biomancer — all of which are considered “light ground units” that gain the benefits of the Infantry Commander talent.

What makes your early game units shine is due to their use of ranged weaponry. For instance, the huntress unit and the Amazon Assault Equipment hero perk provide a bow that fires repeatedly (doing bio elemental damage) depending on how many action points you have left. Even though most of your units cannot enter “overwatch,” it’s safe to say that you can still mow down entire armies. 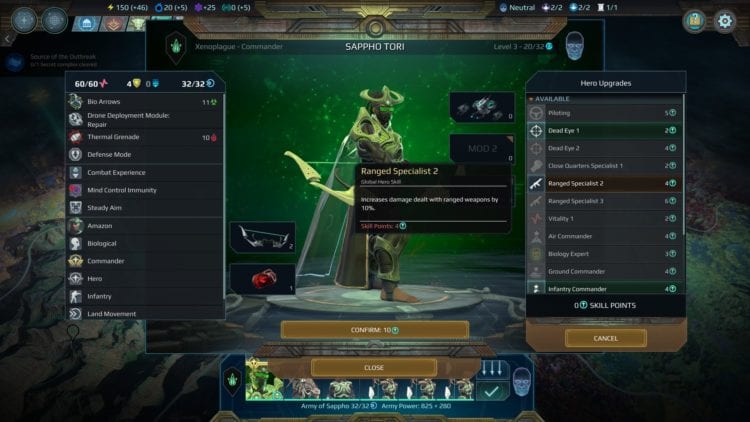 For the Society Techs, I chose Verdant Awakening first followed by Frontier Facilities (colonizer units). The former provides you with two doctrines that can immensely help your Age of Wonders: Planetfall playthrough as the Amazon faction.

This is due to their effects — one provides +10 production for each forest sector connected to your colonies, and the other provides +10 food for arcadian sectors. Now, given that your surroundings will often have those two biome types, you’d be set for life. You’ll hardly if ever, need to worry about the growth and production for your colonies. The more you expand, the higher the output. 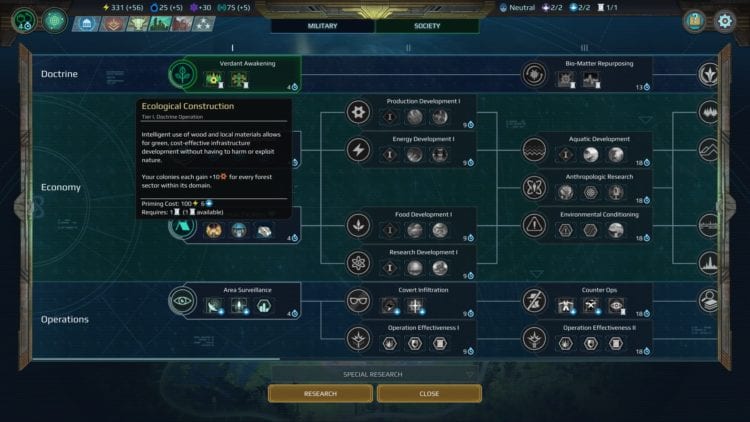 For the Military Techs, this is where the magic happens. The Xenoplague secret tech has three parts that you’ll want to grab whenever convenient — Alpha Strain Inception, Pustule Infection, and Dispersion. These techs will allow you to start churning out units known as pustules whenever you kill enemies affected by “Parasitic Infection.” A mod from the Dispersion tech called “Plague Pods” can be equipped on many of your infantry units, allowing them to throw a grenade that inflicts the debuff as well.

If you combine it with Biochemical Applications and Volatile Afflictions, you’re on your way to becoming an offensive powerhouse. In fact, the “Acidic Composite” mod from the Biochemical Applications tech will add another debuff that lowers a target’s armor per hit. Remember that part about bio element attacks and weapons that fire repeatedly? Imagine inflicting those armor debuffs over and over. 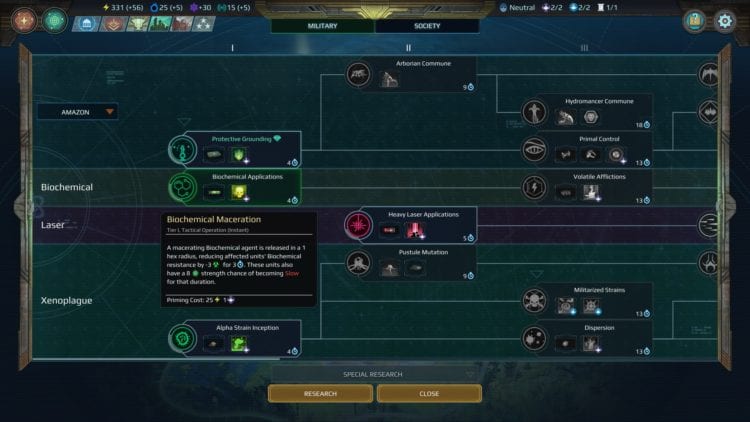 Much later, you should eventually obtain the Destroyer Mutation and Plague Lord Mutation techs. The way these work is that once you do have pustule units in your armies, they have a chance of evolving into Destroyers and, finally, into Plague Lords. They even keep any and all mods you’ve previously applied.

Oh, and you don’t actually need to manually fight every single battle. Auto-resolving would still be fine. Just like how pustules have a chance to spawn at the end of each fight, so too can those pustules evolve into higher-end units from auto-resolved results. You can even increase this chance by 30% for each hero you have in a battle via the Biomatter Preparation Training doctrine. 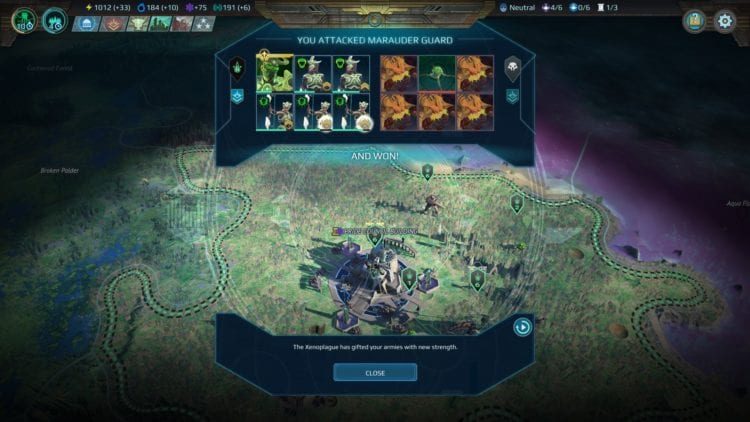 Don’t neglect the remaining Amazon units though. Sure, modded and leveled huntresses and biomancers may do the trick until the late game (blinding and poisoning foes, friendly heals and all), but, you’ll still need some heavy-hitters down the line.

You can eventually unlock more elite units such as the Bombardon, Tyranodon (includes a Tyrannosaurus mount that heroes can ride), and the Arborian Queen. By then, the enemy would have nowhere to run and nowhere to hide. You’ve got a deadly combination of high-end units gained via recruitment, and those that are upgraded via consistent spawns. 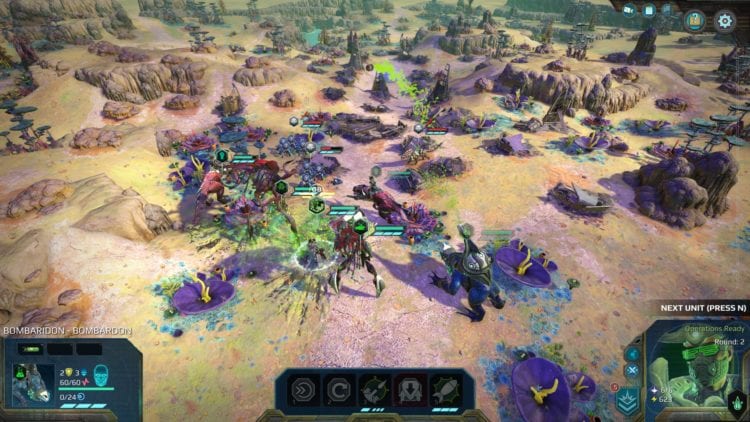 The Age of the Amazons

With fast-growing forest and arcadian colonies that take care of themselves as you keep expanding, unparalleled synergy for their biological units, and gaining free high-end unit conversions as you take out enemies with the Xenoplague, the Amazons are truly a force to be reckoned with in Age of Wonders: Planetfall.

Also, if you’re out befriending minor AI factions, then the Growth (regeneration mod, extra food in the sector doctrine) or the Spacers (offensive mod that applies the Debilitating Strain debuff for each bio weapon hit), are your best bets.

Wolfenstein: Youngblood’s next patch to add a pause function