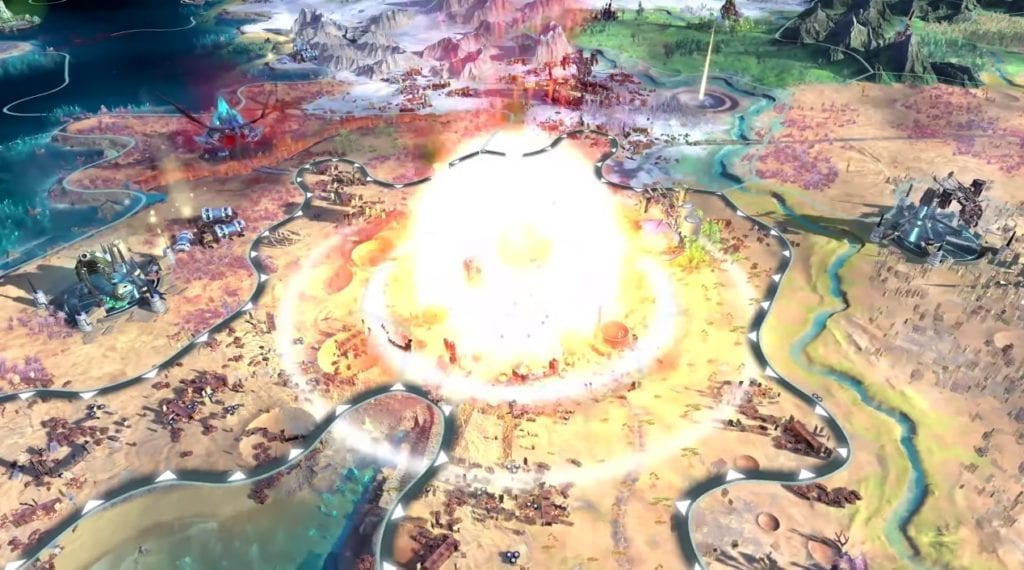 They say, “If you want something new, then you have to stop doing something old.” That saying does not necessarily apply to Age of Wonders: Planetfall. Boasting sci-fi and futuristic themes, secret techs, doomsday weapons, alien beings, terraforming, and the like, you’d think we’re well into the 41st Millenium in terms of advancements. However, it also sticks to certain older traditions in the 4X strategy genre such as static tech trees (unlike Age of Wonders III‘s system) and some fantasy elements that almost seem like magic.

In this guide, we’ll focus on the research aspect of Age of Wonders: Planetfall. We’ll look at the tech trees, secret techs, and doomsday weapons which you’ll need to achieve a Tech Victory. Also, don’t forget what we mentioned in our basics guide: Your acquisition of Knowledge as a resource affects your research rate.

Note: We also have our official review and technical review, which cover some of the features and mechanics in Age of Wonders: Planetfall. 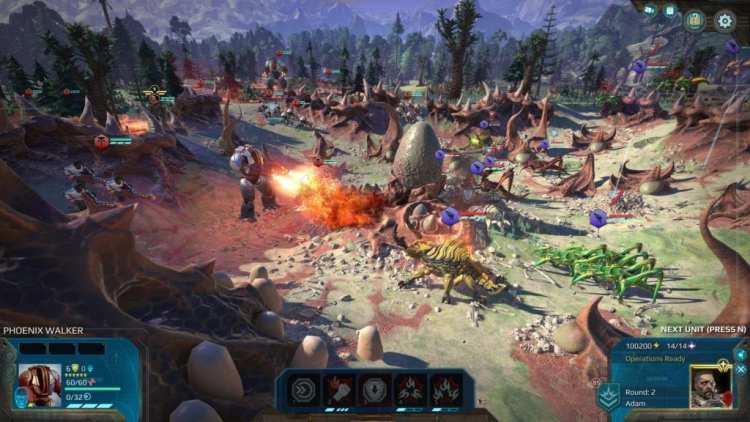 The Phoenix Walker from the Promethean secret tech branch.

For those who’ve played previous Age of Wonders games, Planetfall will be a bit different when it comes to tech trees. Although it went the sci-fi and futuristic route, it goes back to mainstream tradition — that tradition being static tech trees.

You’ve got a couple of tech trees in the game: 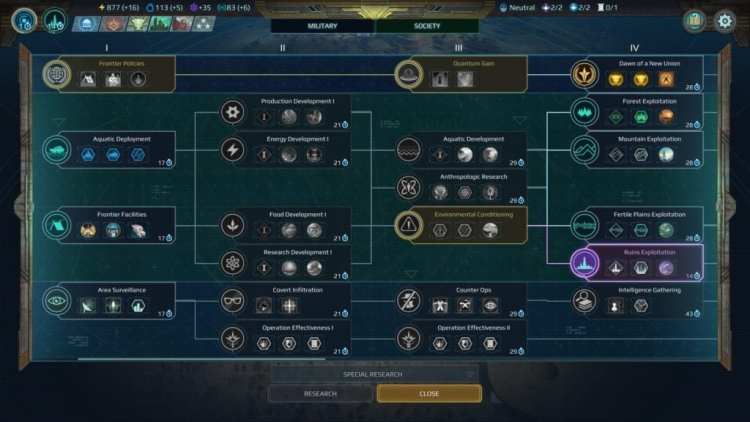 The society tech tree for your basic empire-building needs.

This is discussed further in our combat and diplomacy guide as well as our character creation guide, but it also bears mentioning here. In Age of Wonders: Planetfall, your units, heroes, skills, operations/”spells,” and secret techs all have their own elemental damage type that they favor. Make sure that you have decent synergy for your selections. 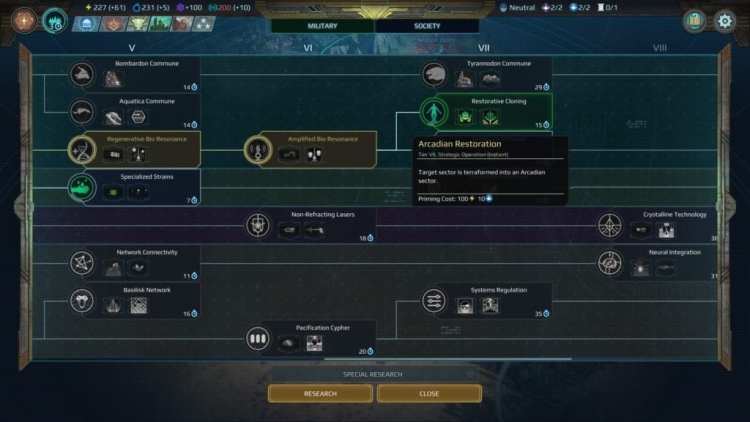 The military tech tree: The top two sections are dependent on your race’s or faction’s elemental damage type/weapons group. The bottom part is the secret tech that can be different for each leader.

Each Age of Wonders: Planetfall leader also has a secret tech irrespective of their faction (note that these can be customized prior to starting a scenario or when you customize a commander). These secret techs provide unique units, operations or doctrines, mods, and, finally, their doomsday weapon. Enacting the protocol for the doomsday weapon, which takes 10 turns to be completed, is the final step you’ll need to achieve a Tech Victory.

Here are the secret techs in Age of Wonders: Planetfall:

That does it for our Age of Wonders: Planetfall research and secret techs guide. Be sure to head over to our guides and features hub for more information. You can grab the game via its Steam store page.

By Jason Venter16 hours ago
Guides