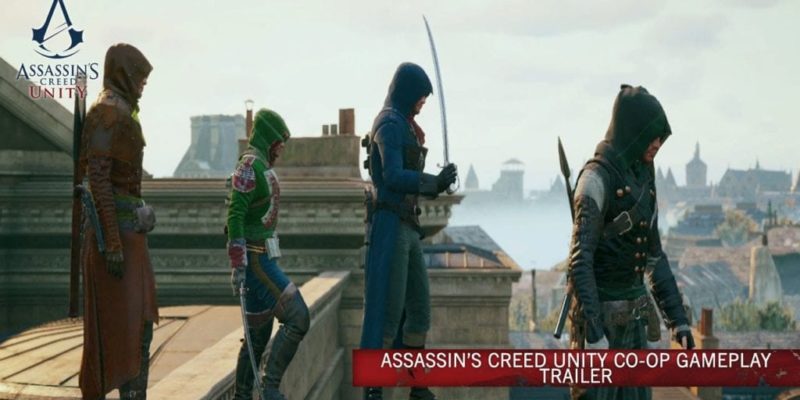 Those are some fancy sets of clothes.

There was an Assassin’s Creed: Unity co-op trailer just last week so you shouldn’t have forgotten about it yet, but you never know. That other one was a narrated walkthrough that explained some of how the co-op ‘heists’ were going to work and stuff.

This one is pretty camera angles, slow motion and a trendy song by Seinabo Sey called “Pistols At Dawn.” It’s not hugely instructive or anything, but if you’d like to watch Arno and his rent-a-clone Assassin buddies dressed up in colourful outfits and murdering French guards in various ways, then this video can provide just such a thing.

Assassin’s Creed: Unity is coming out on 11 November in the US, and 13 November in Europe.

By Matthew Loffhagen8 mins ago
News