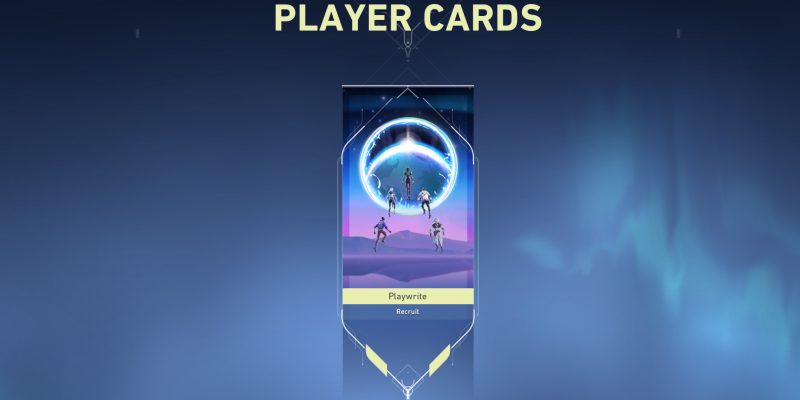 Riot Games recently dropped a new lore cinematic that gave players a taste of what’s really going down in the world of Valorant. The cinematic is titled Duality and, along with the trailer, Riot also released a free Player Card for Valorant players to claim. Originally, the card was only going to be available for 48 hours from the release of the Duality trailer. However, due to technical issues, this time limit has been removed for now.

Gamers love digital swag to add some flair to their characters and accounts. And free in-game cosmetics always go down particularly well. The free Valorant Duality Player Card has gone down a bit too well. The website you need to visit to input the code and redeem the card has been crashing because of the high volume of traffic.

While this may have been frustrating for players trying to grab the Player Card right after the new trailer was released, those who missed the announcement now still have a chance to claim the cosmetic.

We know a lot of you have been trying to claim your free Duality Player Card. We're working with our partners to stabilize the code redemption tool as we continue to experience a high volume of traffic. We'll be removing the time limit and expiration on the code.

Here’s how to claim the Valorant Duality Player Card

The first thing you need to do is visit https://redeem.playvalorant.com/. Once you make it onto the site (it’s not as easy as it sounds with the high volume of traffic) you will need to sign in with your Riot Account. This is where I got stuck.

When you attempt to sign in to your account, the browser will open a new tab. If you get a 504 Gateway Time-out error, you can close the tab and try signing in again. Once you make it to the code entry page, you need to enter ‘YTILAUD’ into the box provided. The code is Duality written backward – a nice touch, I thought. It says the code should be 12 characters long. You can ignore this. You may get the 504 error at this step too. You may also get the error but still get the Player Card.

Once you successfully claim the card, you can log into Valorant and equip it in your cosmetic Collection. Then you can hop back into your ranked games a grind out the last few weeks of Episode 2 before Act III ends on June 21.

Ghosts ‘n Goblins Resurrection — Is it worth it?

Alex Kidd in Miracle World DX preview — The past is brutal