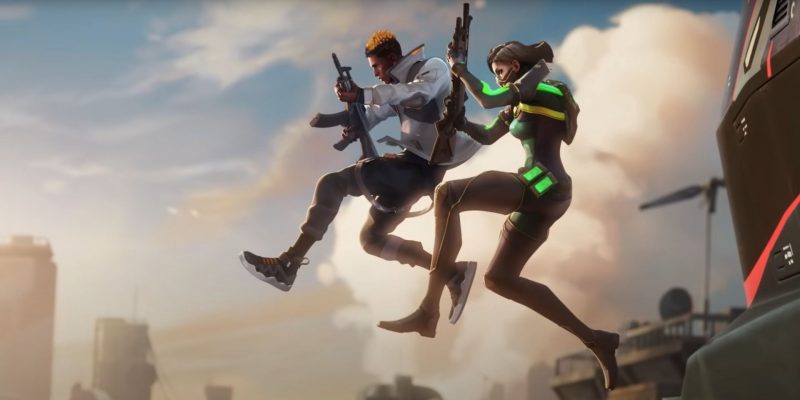 Details about the world of Valorant have been scarce since the hero-based tactical shooter launched. Occasionally, Riot Games releases a lore video to sate fans’ thirst for details. There was the Duelists cinematic trailer that dropped with the launch of the game. Then there was the Retake video with the introduction of Yoru. Now, the third Valorant lore cinematic has launched, dubbed Duality.

The latest cinematic gives fans some key insight into the battle being waged between the agents. We’ve known for some time that the resource being fought over is Radianite. In the introduction to the game, Brimstone tells you that the Spike is how the enemy steals your Radianite.

The Duality lore cinematic revealed that Radianite is used by Kingdom to power almost the entire world in Valorant. However, we also know that Radianite empowered many of the agents in the game. And, as you can see in the cinematic, it can make an entire section of a city float. It’s powerful stuff.

That’s all context for the battle that players wage on a daily basis. It’s the setup to the juicy bits of the new Valorant lore cinematic.

There’s two of everything

In the video, Killjoy, Viper, and Phoenix are on a mission to stop a Spike from stealing their Radianite. Unsurprising to players, but very shocking for Phoenix, the person trying to steal the Radianite is another Phoenix. The Phoenix with Viper and Killjoy then asks a revealing question, “How come they look like us?”

Viper seems to know. And she implies that Brimstone knows a lot more. We aren’t told exactly what’s going on. However, from Phoenix’s question, we can write off a few theories. The agents aren’t clones. And the battle isn’t some kind of simulation.

In the next scene, we get a look at the other side. They don’t seem like the bad guys. But neither did the agents defusing the Spike. The final scene of the cinematic gives us the biggest clue to what is actually going on. It shows two Earths next to each other. That shouldn’t be taken literally, the two planets could be in alternate dimensions. But I think the shot indicates that the agents look the same because they’re different versions of each other.

Somehow the two Earths have created a bridge between each other and now they are battling over each other’s Radianite to continue to power their worlds. That’s my theory anyway. Here’s a slightly crazy theory, could the new Replication game mode indicate that there are actually many dimensions in the world of Valorant as the Duality title suggests? What could that mean for future game modes and storylines?