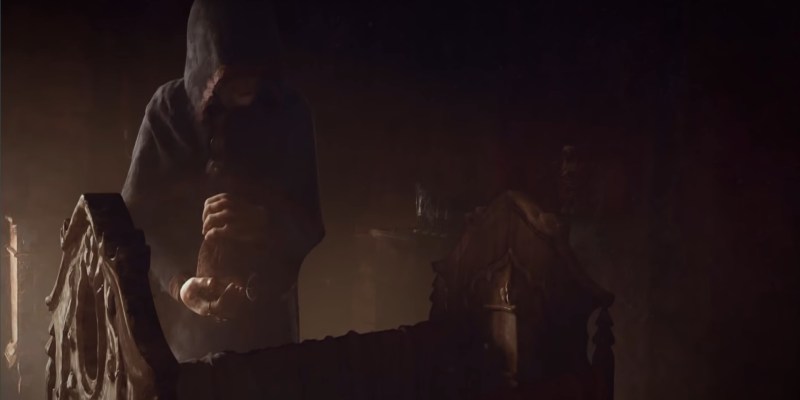 In Crusader Kings III, you could become the ruler of vast tracts of land through conquest. Alternatively, your descendants might fare better due to a lucky marriage. And, of course, you could just murder your way to the top. That’s where the Intrigue skill comes in along with new concepts and mechanics involving schemes, plots, hooks, and secrets. Here’s our guide to help you out.

Note: For more information, check out our Crusader Kings III guides and features hub as well as our beginner’s guide (the things to do before you unpause). 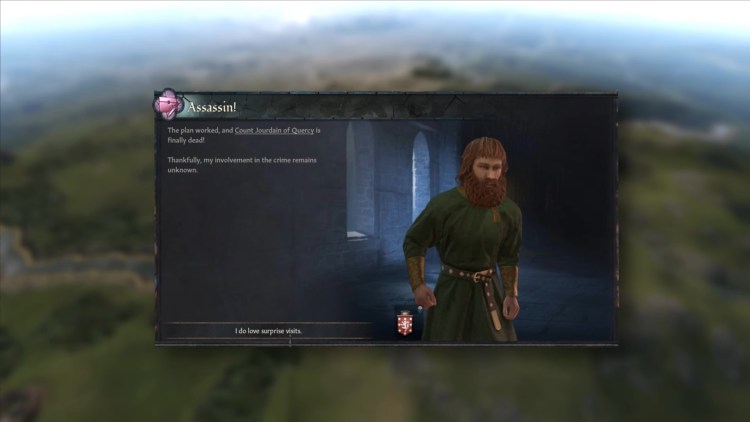 As mentioned in our official review of Crusader Kings III, the revamped Intrigue system has a lot in store for those who want to sneakily dispatch their rivals. Indeed, if you continue developing a character’s Intrigue skill (or stat), they can be the deadliest and most cunning people in your campaign.

You have an assortment of schemes and plots to aid you. Much later, you’ll also start acquiring more hooks and secrets to dangle over your opponents’ stupefied heads. But, first, let’s discuss a few key concepts: 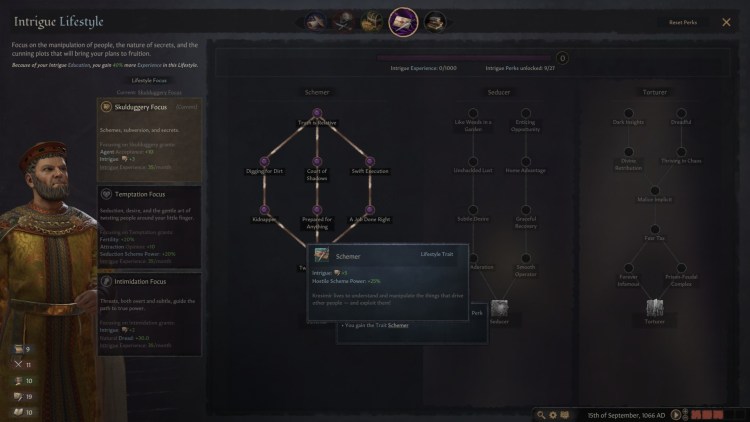 Generally speaking, the Intrigue skill is the most important one to increase if you need help with your sneaky plots. However, there are other Lifestyle perks that unlock new schemes or mechanics related to this feature. Likewise, if you have your spouse in your court, they can boost your Intrigue skill if you make that selection via the council panel.

For the actions you can undertake, you can right-click on a character’s portrait to select a possible Hostile Scheme or Personal Scheme that can be used. You should take note of the power, success, secrecy rating, and duration. Be forewarned that your plots can still lead to failure or exposure even with a ridiculously high success chance.

Note: Don’t forget to look at a character’s traits. There are certain character traits obtained while your ruler continues to grow. Some will help improve their Intrigue capabilities. Others, meanwhile, will be detrimental to these kinds of tasks. For instance, the “Just” trait lowers Intrigue and causes a ruler to gain stress if they’re being “dastardly” since that’s anathema to their ideals. To improve the success of your schemes, you need your Spymaster council member. Ideally, the Spymaster should be the person with the highest Intrigue skill in your realm. Sometimes, though, you might need to assign a powerful vassal here so they don’t get angsty.

A Spymaster can undertake these actions that’ll lead to results over time: The Intrigue menu’s schemes panel shows a simple way of checking out all your active schemes in Crusader Kings III. This is also where you’ll spot any discovered schemes against you or other targets. The hooks and secrets panel, meanwhile, shows all the current hooks and secrets you have on other characters (or the ones they have on you). Parents, by default, will have a weak hook on their children. Anyway, at the start of your Crusader Kings III campaign, it’s unlikely that you’ll have other hooks or know of various secrets. As mentioned, Personal Schemes are those that’ll slightly boost someone else’s opinion of your chosen ruler (if they work). If they don’t, then you could find yourself with issues once you’re presented with events.

Anyway, the first thing you should do in your Crusader Kings III playthrough is to check whether your realm priest has a positive opinion of you. If they don’t, then you should use the Sway scheme to get them to like you (the alternative will be to send them a gift, but that’d be expensive). Here are the Personal Schemes in Crusader Kings III: Hostile Schemes, by the very name alone, are ones that’ll get people to absolutely hate you. They’re very powerful due to the benefits, such as murdering a ruler and then grabbing their lands if you’re next in line to the throne.

Note: You can increase the number of active Hostile Schemes by getting the “Twice Schemed” perk from the Intrigue tree – Schemer branch. Most Hostile Schemes allow you to invite more agents to help your cause. Some automatically lend their aid whereas others might need a positive opinion of you before they can be bribed to join up. Alternatively, you can also use a Strong Hook.

These types of schemes also tend to have multiple flavor events, and your decisions (especially on how many plotters join) can lead to the plan being discovered. One particular Hostile Scheme — Abduction — can be very useful. If you have a claim on another ruler, you can use this scheme to help you out. Check out our Abduction cheese mini-guide for more information. There are two types of hooks: Weak Hooks and Strong Hooks. The former can also be considered as “Favors” and are obtained through various events or decisions.

Examples include ransoming a prisoner, negotiating their release, pressing their claim, or, as mentioned earlier, just being someone’s parent. These can be used for a variety of interactions such as arranging a marriage, increasing a vassal’s levy or tax contribution, revoking a title, claiming someone as your ward, and many others.

By default, a Weak Hook only has a +200 modifier, so other factors (such as personal opinion or the weight of your proposal) will counteract that. A Weak Hook can only be used once. Strong Hooks, meanwhile, are earned primarily through blackmail or the Fabricate Hook scheme. To blackmail someone, you’ll need a Spymaster to discover their secret. Once you’ve found a secret and if you successfully blackmail a character about that, you might earn a Strong Hook.

Unlike Weak Hooks, Strong Hooks are held while the characters are still alive and can be used again after some time has passed. Strong Hooks also have a higher modifier and they prevent the character from taking any hostile action against you. You’ve got a lot of secrets to dig up in your Crusader Kings III campaign. Some of these could be found automatically as you progress whereas others will need your Spymaster. Just use the “Find Secrets” action on the council panel and then select a target location.

The locations have a success rate, and you might find juicy gossip such as how Count Bob’s son is a bastard, that Duchess Karen is an adulterer, how the Lannister kids are committing incest, or that a random pretender to the throne is plotting a murder. You can then use this secret to blackmail a character with the threat of exposure.

Note: The Spymaster could also fail to find a secret. However, if you have the “Truth is Relative” perk from the Intrigue tree, you can fabricate a Strong Hook on a random character from that location. Crusader Kings III is available via Steam. For more information, check out our guides and features hub.

Get Watch Dogs: Legion and a year of GeForce Now with the purchase of a RTX 30 Series GPU