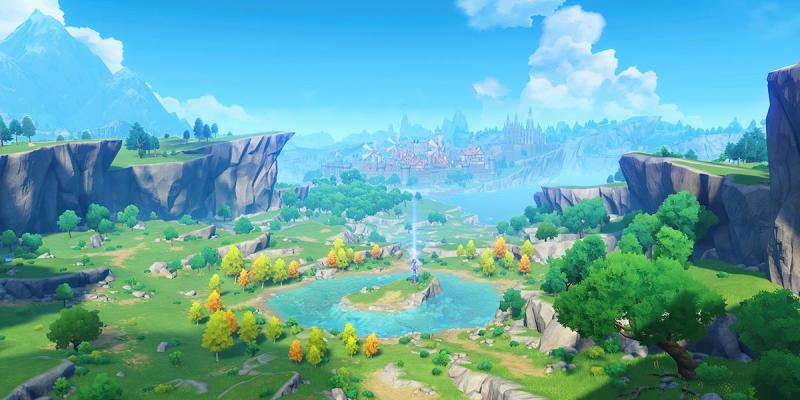 The world of Teyvat is vast, and your adventures in Genshin Impact will likely have you running back and forth in various areas. Here’s our beginner’s guide with several tips to help you get started on your journey. 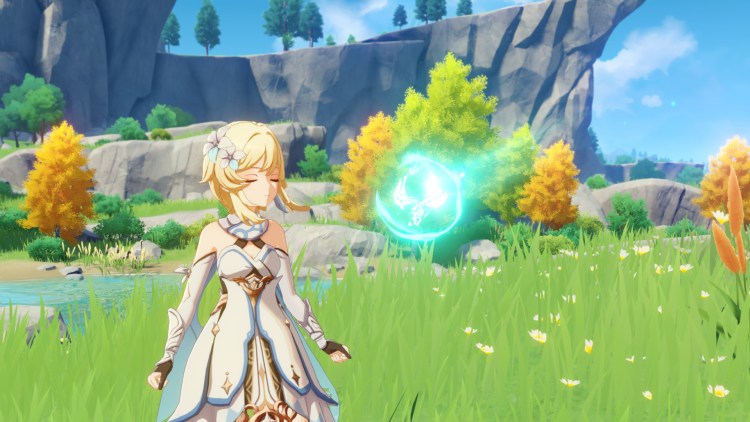 Leveling your characters is not the same as progressing the story

Unlike most RPGs where questing and leveling up will mean that you’re in the clear to try out more activities that advance the plot, Genshin Impact does have a gatekeeping system. First off, the leveling of your characters is relegated to your usual EXP gains (from monster kills and quest completions). You could even use EXP-boosting items to gain increases rather quickly.

However, reaching high levels with characters won’t matter if your Adventure Rank is low. This is basically the gatekeeping system for your progress. If you don’t meet the required Adventure Rank, then that quest simply won’t be doable until much later.

Note 1: For more about leveling tips and EXP boosts, you can head over to our character leveling guide.

Note 2: Adventure EXP can be earned through exploration – i.e., quest completions, opening chests, commissions, Adventurer Handbook tasks, and the like. You can learn more via our Adventure Rank guide. 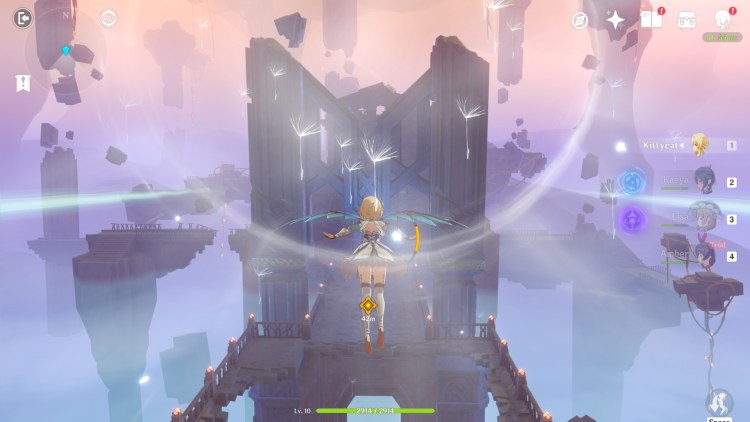 You begin the game with the Traveler (either male or female). From here, you’ll meet up with various people who’ll join your party as part of the storyline. These peeps are Amber, Kaeya, and Lisa. While Kaeya and Lisa are sort of “okay,” Amber has probably one of the worst skill sets in the game. As such, you’ve got a decent if unspectacular group.

Oh, and before I forget, you can take your main character out of the party in favor of another companion you’ve found (i.e., if you have more than five characters). The storyline quests will still progress normally since your active characters are simply considered as “avatars.” 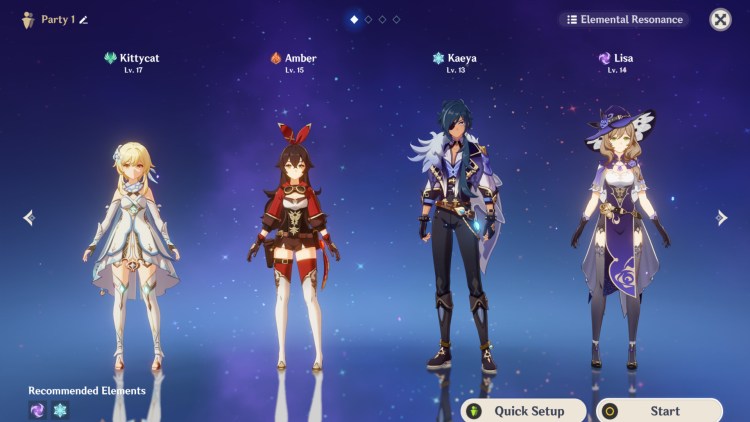 That might entice you to purchase microtransactions. Be forewarned that Genshin Impact has a lot of these — including characters and weapons — that are only available from a select few means. The primary source would be the Wishes, “gacha” games that provide you with random rewards via “pulls” or attempts.

These Wishes cost you fates which are purchased via Primogems, a regular currency you amass just by exploration and task completion. However, once you run out of Primogems and you feel the need to buy more fate currencies (assuming all other options have also been exhausted), then spending real money might be the last resort. Still, take heed and know that you’re not compelled to make these purchases at all. You can enjoy Genshin Impact without any monetary investment whatsoever.

Note: If you’re really curious about the game’s currencies and Wishes, you can visit microtransactions and Wishes guide. 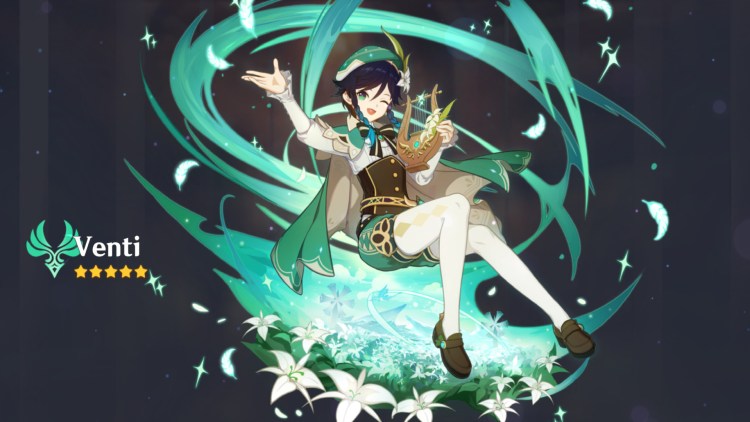 Although Genshin Impact has oodles of items, including item sets (a.k.a. Artifacts), I feel that the Adventurer’s and Lucky Dog sets give you that much-needed survivability from the get-go. 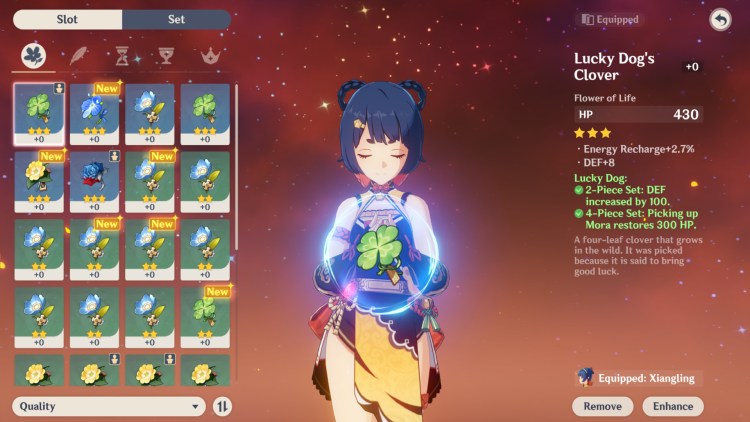 Seelie – Think of the Seelie as something akin to a will-o’-wisp. It’s a spectral, light blue creature that floats around in areas. The goal is to follow it around until it reaches a small stone receptacle. This will spawn a chest for you to loot. In some cases, there might be several receptacles close to each other which means you’ve gotta find and follow several of these creatures. 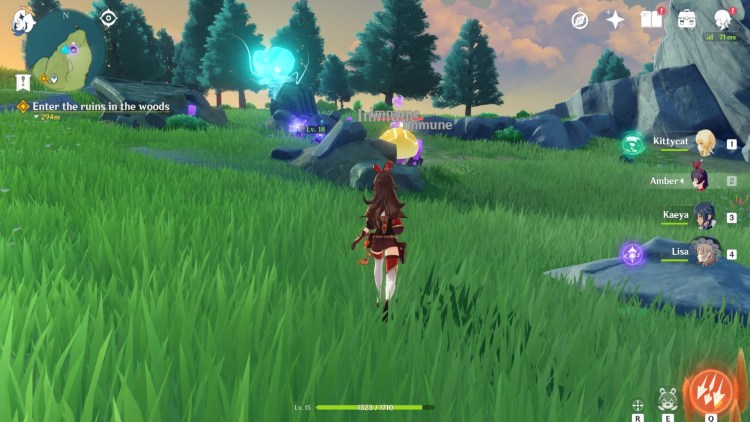 These oculi are floating objects that you can pick up. They’re used to boost the ranks of Statues of the Seven found in Genshin Impact‘s world. The Anemoculus are used for statues in the Mondstadt region, and the Geoculus is for those in the Liyue region.

Just remember that these resources appear as star symbols on your minimap. They tend to be found in hidden or hard to reach areas, too. 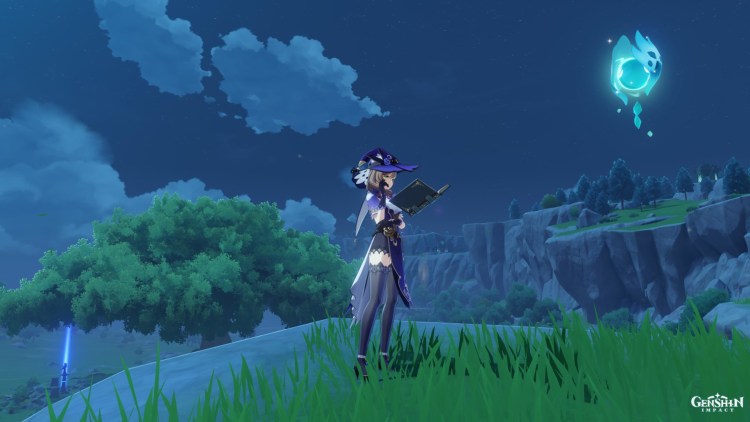 Statues of the Seven and teleporters

Speaking of which, these statues are scattered all over the world map (one in each major sector). By interacting with one for the first time, you’ll unlock the map of that sector. It’s sort of like climbing vantage points in Assassin’s Creed and synchronizing.

From here, you can use your Anemoculus/Geoculus to level-up the Statue of the Seven (progress is shared across all statues in a given region). Doing so boosts your stamina while giving you some resources, currencies, and Adventure EXP.

Note: Powering up the Statues of the Seven is also tied to achievements, unlockables, and rewards. 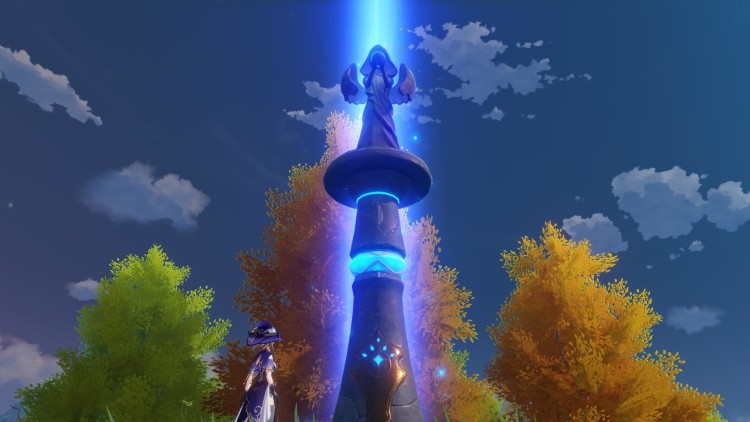 Additionally, if you click on “blessing,” you can recover the HP of your characters – it’s like the usual inn found in RPGs. The statues share a value that gets depleted depending on the HP restored, but this will replenish over time.

Note: Depending on your Traveler’s starting element, you can activate the Statue of the Seven in the other region in order to switch the elemental effects. For instance, if you chose the female Traveler (Anemo-based), you can switch to Geo-based skills once you’ve reached the statues in the Liyue region. 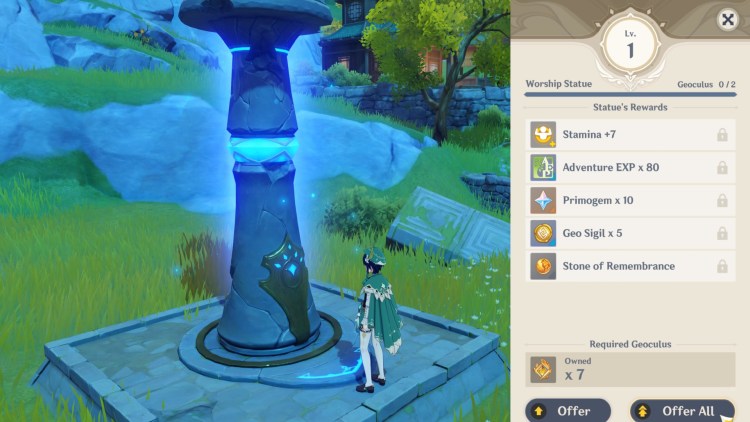 Apart from the Statues of the Seven, you’ve also got teleporters. Activating these allow for fast-travel to that area. You can also fast-travel to any statue locations. 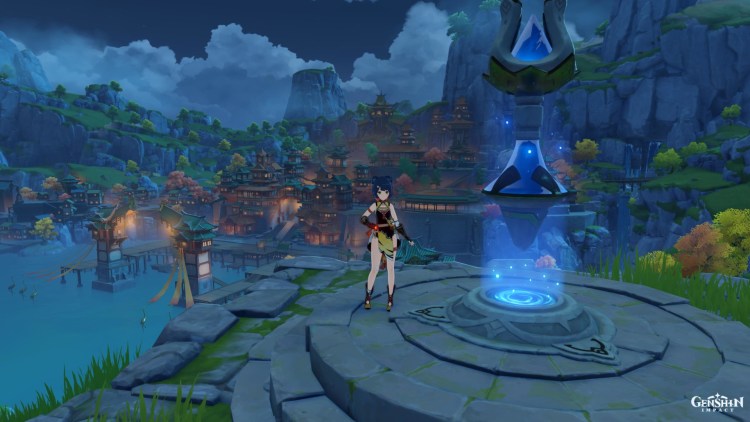 The Devil in Me: How to Save Kate and Jamie in the Glass Trap

By Jason Rodriguez39 mins ago
Guides

The Devil in Me: Who to Save in the Suffocation Room?

By Jason Rodriguez49 mins ago
Guides

By Daniel Pinheiro49 mins ago
Guides