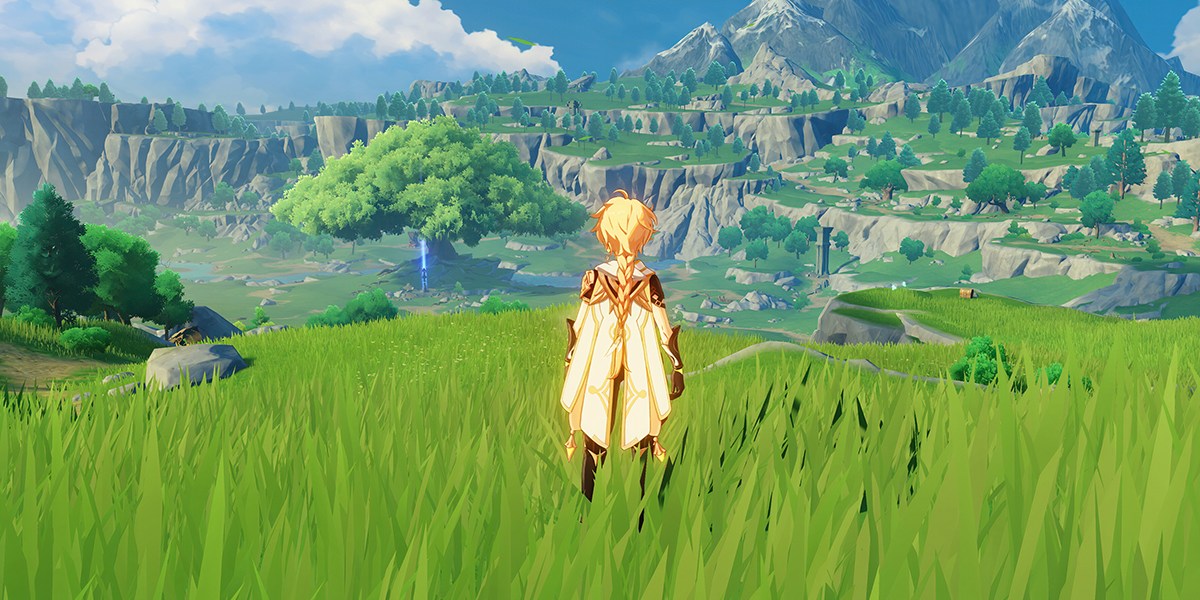 Leveling the capabilities of your characters and the entire party isn’t the only progression you’ll focus on in Genshin Impact. You still need to remember the Adventure Ranks, Adventurer’s Guild rewards, and Commissions. Here’s our guide to help you out. Adventure Ranks are completely separate from the level and EXP you earn in Genshin Impact. The gist is that you should be out and about exploring – unlocking teleporters, boosting the Statues of the Seven, completing quests, opening treasure chests, and the like. As you gain Adventure EXP, you’ll eventually obtain higher Adventure Ranks. In turn, you’ll unlock additional features and mechanics down the line. 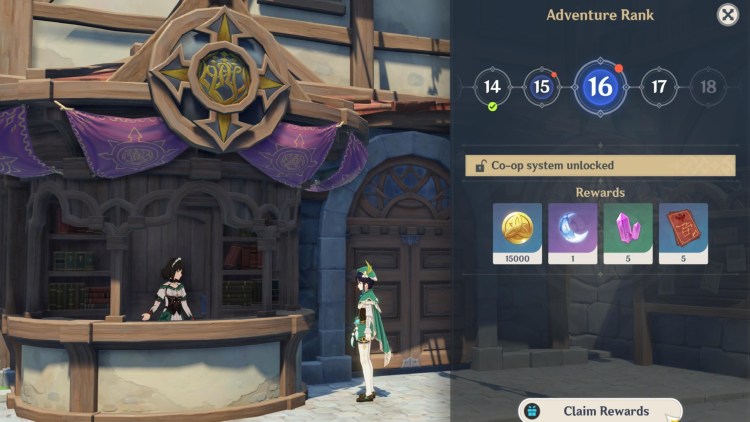 The Adventurer’s Guild (marked by a compass icon in Mondstadt and Liyue Harbor) has an NPC that lets you obtain your rewards whenever you increase your Adventure Rank (seen above).

At Adventure Rank 14, the Adventurer’s Guild will present you with Commissions. These are your daily quests in Genshin Impact. 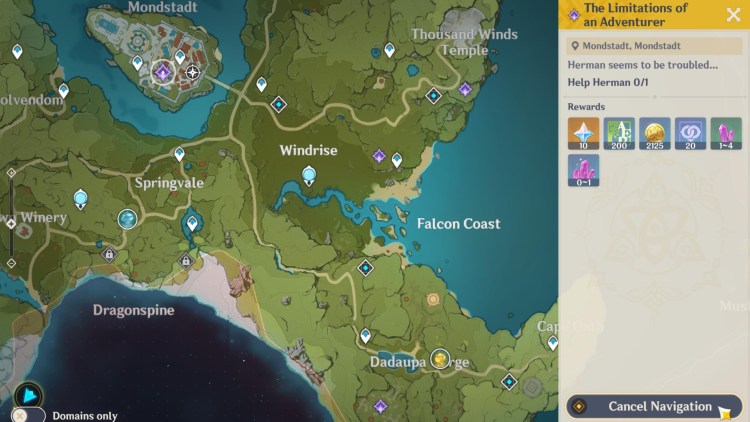 The tasks themselves aren’t too hard – some might be “fetch quests” while others are your regular “kill 5/5 enemies in the area.” Once all four Commissions are completed, return to the Adventurer’s Guild to receive a reward.

Remember the daily reset time mentioned in our unlockables and daily rewards guide. This is completely dependent on a specific timezone based on the server/region you’ve chosen when you launch Genshin Impact: 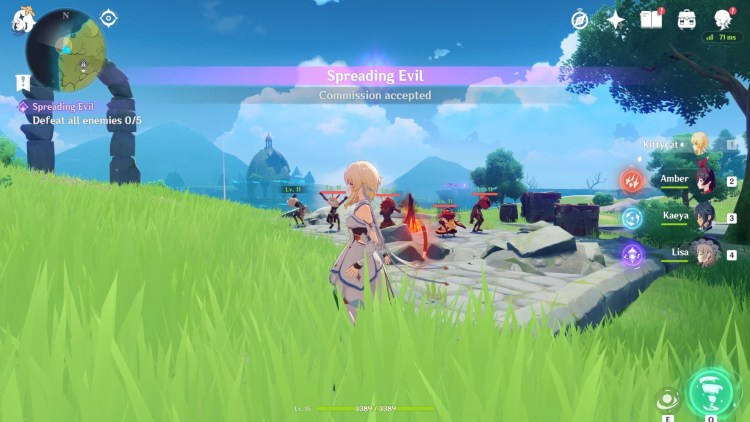 Also at Adventurer Rank 14, you get to send characters out on Expeditions. These are just missions that happen on the side without you playing them. You pick a character (preferably someone who has a bonus or someone you don’t use). Then, just do other stuff and wait for time to elapse. Come back later and grab your rewards. 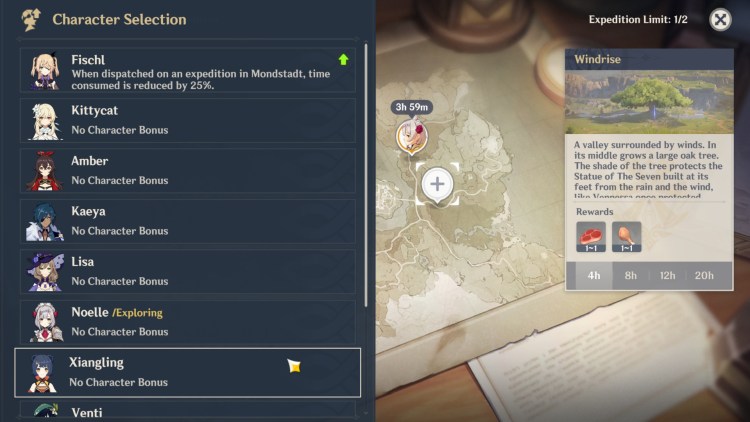 At Adventure Rank 16, you’ll unlock the game’s co-op mode. This lets you invite or join other players’ games. Here’s the gist according to Genshin Impact‘s wiki: 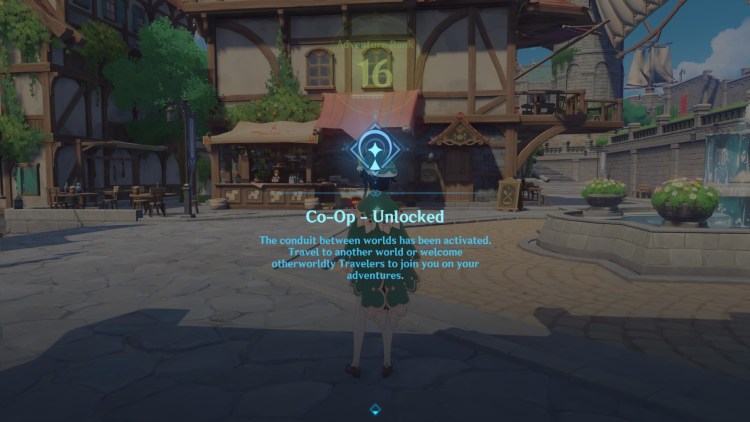 Exploring the world of Genshin Impact with your friends might excite you. Still, remember that only a select few activities are possible for co-op play. These include the aforementioned Commissions, as well as Ley Line Outcrops, Abyssal Domains, and world bosses. Others are either completely locked or only available to the host. For instance, storyline quests are completely disabled which prevents any sort of plot-wise progression. This might be a good thing in the long run. There have been a couple of recent games (Wasteland 3 and Sword Art Online: Alicization Lycoris) that had issues with campaign progression due to co-op.

Additionally, shops can’t be used by everyone and chests can only be opened by the host. As for the Statue of the Seven, everyone can still use it to heal. However, only the host is allowed to make offerings to boost their characters and Adventure Rank. 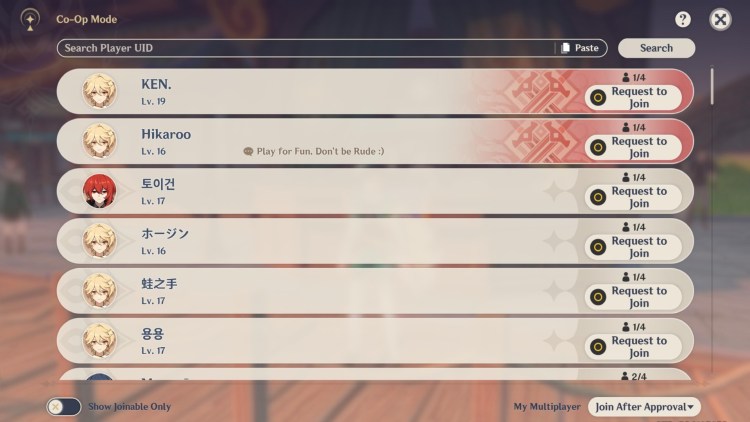 This feature is made available fairly early on in Genshin Impact (and you can access it by opening your menu). In it, you’ll find several tasks that can be completed. Examples include opening a number of chests, activating teleporter waypoints, defeating specific elite mobs, cooking dishes, enhancing an item, and so on.

There are many nifty rewards you can earn such as Hero’s Wit EXP booklets, Shrine of Depth keys, gold, upgrade materials, and other items. Of course, each task that gets completed also nets you 100 Adventure EXP. If you complete all the tasks in a “chapter,” you’ll get the remaining rewards seen on the left-hand side of the screen. The next “chapter’s” rewards will then be shown after that. 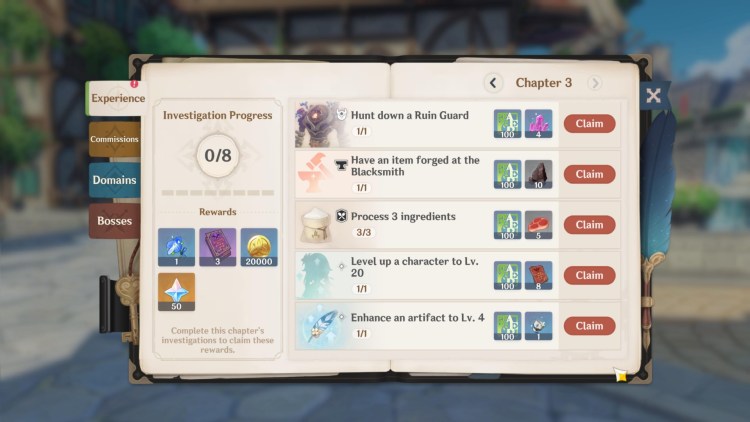 The Adventurer’s Handbook also has additional tabs so you can see Commissions, Domains (i.e., the Spiral Abyss and other open-world locations), and bosses. Completing these objectives net you rewards too.

Note: Under the bosses tab, you’ll see a moon symbol. This denotes “Original Resin” – an in-game currency that lets you open the chests from these activities. Original Resin does get depleted, but it’s also restored over time. Likewise, you may use Fragile Resin or Primogems to restore the Original Resin’s value. 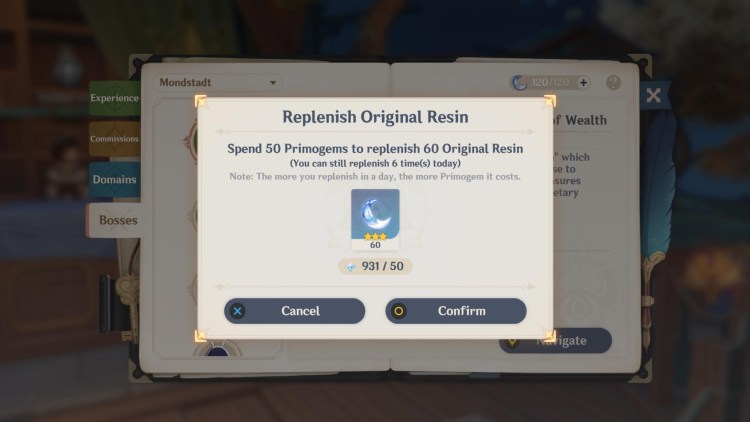 A short-term goal you can have in Genshin Impact is to reach Adventure Rank 20. This unlocks Barbara as a free character as long as you’re able to do this before patch 1.1 goes live. Likewise, Adventure Rank 20 unlocks the Spiral Abyss dungeon for you to tackle. Reaching floor 3 – chamber 3 nets you Xiangling as a freebie character too as mentioned in our unlockable rewards guide.

The World Level mechanic is also unlocked once you’ve reached this stage. An increase in World Level gives you niftier rewards and treasures (such as those from Ley Line Blossoms). However, enemies will be tougher. Lastly, from time to time, your Adventure Rank will get capped. When this happens, the only way to reach the next threshold is to complete an Adventure Rank Ascension Quest which will be made available via the Adventurer’s Guild.