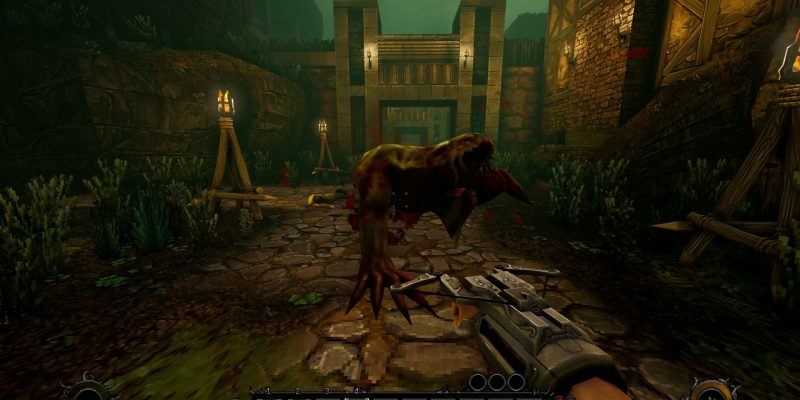 I love throwback first-person shooters. A fair amount of them enter Early Access on Steam, and Graven is no different on that front. But the game itself isn’t quite like the others. Instead of being an arena-like FPS or a level-based key-hunting game, Graven reminds me more of Hexen II than anything else. The game entered Early Access yesterday and only has the beginning currently included. It’s set to stay in Early Access until next year, so you’ve got a bit of a wait in front of you if you purchase it now. That being said, this is a strong title. But the question stands: is Graven worth it?

Graven begins with a cutscene that lays out the protagonist’s backstory by showing illustrated pages in a book. The protagonist was a priest in a cult, but another priest decided that the protagonist’s daughter was to be used as a sacrifice. To save her, our hero killed the other priest. But doing so earned himself a death sentence. The life leaves him, but then he finds himself on a boat headed towards a dingy, backwater town. The place is beset by a vicious plague. Corpses lay piled in the streets, and it’s up to you to find out what this means for our not-quite-dead player character.

The game looks quite good, but its visuals are intended as a throwback as well. All of the textures and models are heavily pixelated to emulate that late ’90s feel. Despite this, I was a bit underwhelmed by the performance. While I was able to comfortably hit 100fps in 1440p at first, my fps dropped to around to around 60 once I entered a larger area. Considering the lo-fi graphical fidelity, I expected better. 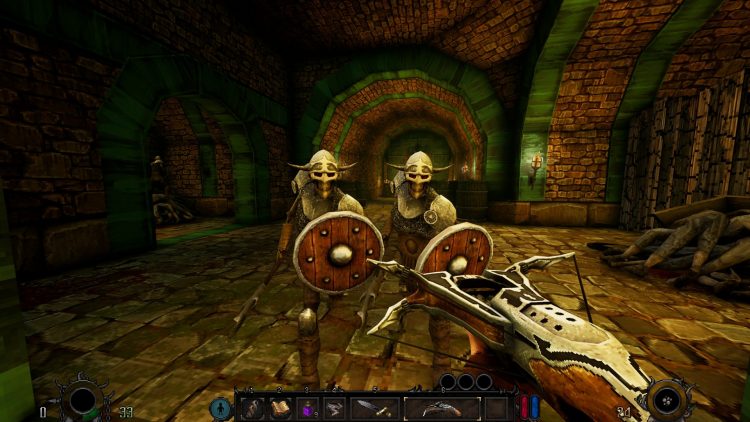 I do need to mention that more than one game-breaking bug has been located. I had to delete my entire save and restart from scratch twice due to my file getting corrupted. I would speak to the blacksmith and the game would crash. Loading it back up found me in the sky on a small square with all of my items gone. Falling off the square would reset me in Graven‘s hub, but necessary items were gone forever. At least two other players have experienced this same issues. Others have gotten trapped with no way to progress due to iron gates getting stuck.

Graven‘s combat is a mix of shooting and melee attacks, with a heavy focus on the latter. You start with a weak staff, but can get a sword that absolutely tears enemies apart. There are only a few enemy types in the early part of the game, and you’ll see a lot of zombies. But combat is good, even if you can easily avoid all damage simply by strafing. You get a wrist-mounted crossbow and a gun later as well. Both work well. The splashes of blood when fighting with melee weapons are also visceral and satisfying.

All of Graven‘s areas are interconnected, and you’ll unlock shortcuts between the two. Progression is also quest-based, so you’ll need to accomplish tasks and find keys to move forward. Overall, I’m fond of the game. I like the visuals, gameplay, and level design. But the ease with which saves become corrupted or irretrievably damaged is already far too great. As much as I enjoy the game, I can’t recommend anyone play it just yet. The developers need to have some way to roll back a save instead of the entire thing being corrupted. As such, no, Graven isn’t worth it just yet. But I think people would do well to pick it up once some appropriate fixes have been implemented. 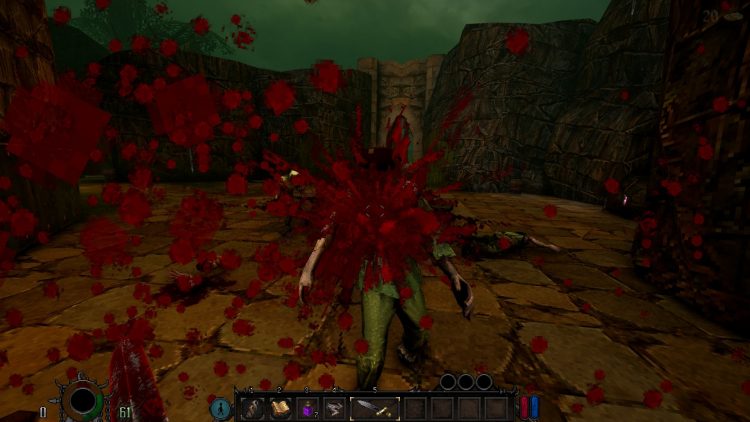 Solasta: Crown of the Magister guide — The best feats to take as you level up

Sonic Colors: Ultimate is rail-grinding to PC this September, new game in 2022

By Logan Broadley3 hours ago
Previews