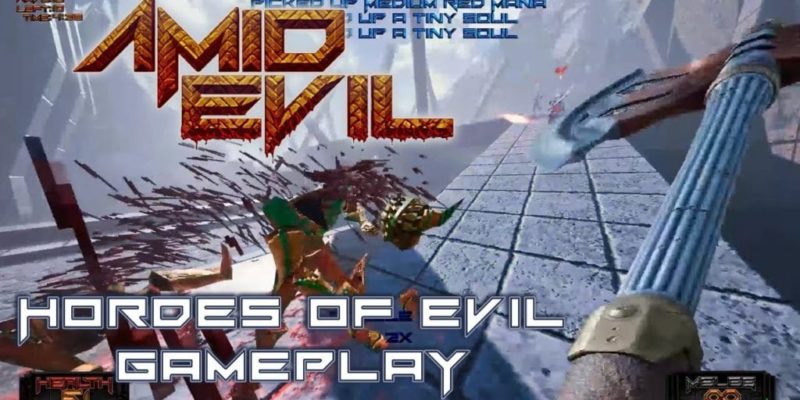 AMID EVIL is set to hit Early Access next week on 12 March priced at $20 and it promises some fast-paced old-school magical shooter action with crazy weapons and hordes of creatures. A new trailer has been released today which shows the game’s Hordes of Evil mode where players take on waves of enemy AI. This mode will appear in the Early Access version along with three of the seven campaign episodes.

Fans of the classic Hexen and Heretic series will probably want to check this out because although it’s built on Unreal Engine, it has a real retro feel.

Some of you may remember the original Hexen games, and although Hexen 2 was a real step-up from the original Heretic and Hexen, it was plagued by annoying bugs. I still remember having to code a mod to fix a bug that stopped progression because a lever would not pull.

Here’s a new trailer for AMID EVIL showing the Hordes of Evil mode.