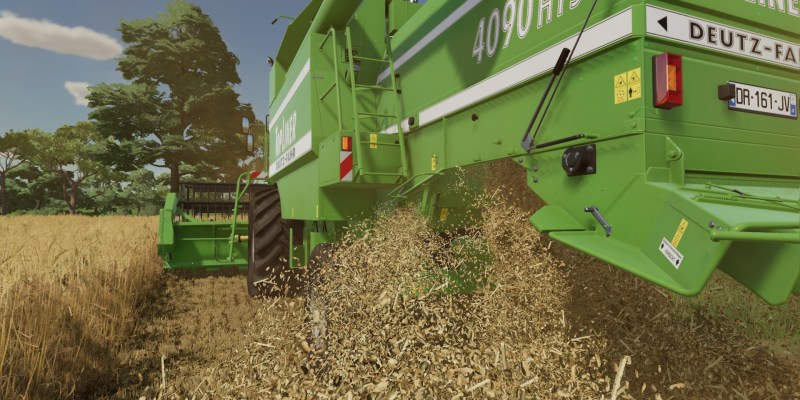 Farming Simulator 22 recently cropped up onto storefronts around the world, and the results have been nothing but green for Giants Software, the studio behind the franchise. This latest entry sold over 1 million copies in roughly a week, which is a new record for the series. Even prior to the release of FS22, the community behind Farming Simulator was already notably large. From an eSports league, to successful content creators who are dedicated entirely to the series, Farming Simulator is a juggernaut of a brand in the sim world. But, why?

It doesn’t have the richly-filled and long-standing heritage of Microsoft Flight Simulator, nor the flashiness and general attention-grabbing ability of something like Forza. Some folks chock it up to being one of the most mundane, repetitive, and vapid experiences you can have in a game. But, despite such qualms of some, they’re clearly the outliers considering the sheer success of the series. Perhaps it simply has to do with the age-old strategy of filling a niche, and filling it well.

Making a name for itself

As evidenced by Microsoft Flight Simulator’s now ancient lineage (in gaming years) of over three decades, the simulator genre as a whole has clearly existed for quite some time. They’ve come in all sorts of shapes and sizes, from theme-park tycoons, to even lawn mowing — it feels like almost anything can be (and practically is) a simulator. Despite their differences, they all have something in common, and it’s right in the name. They give an authentic representation of a real-world activity. 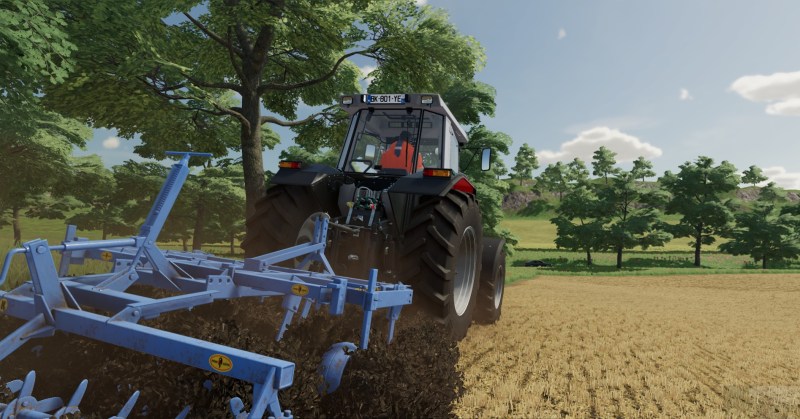 Simulators are sought after for their attention to detail, and Farming Sim does this notably well.

Unlike the typical videogame where conventional logic and rules often don’t need to apply, simulators veer completely in the opposite direction, seeking to provide as realistic of an experience as possible. Its for this reason why some self-proclaimed sim coinsures even dread referring to their beloved titles as games, as that would be a disrespect to its authenticity and pedigree. On the other hand, they might themselves use it to denote a title that they don’t fancy, as a way of labeling it not authentic enough to be considered a real simulator.

With these labels in mind, assessing the multitude of sub-genres that makeup the overall world of simulators becomes quite interesting. For the most part, there are always the standout titles that define each genre. With flight sims, its aptly Microsoft Flight Simulator. For truck sims, it’s no doubt American & Euro Truck Simulator. And for farming sims, Giants Software has pretty much cornered the market with self-definingly named Farming Simulator. 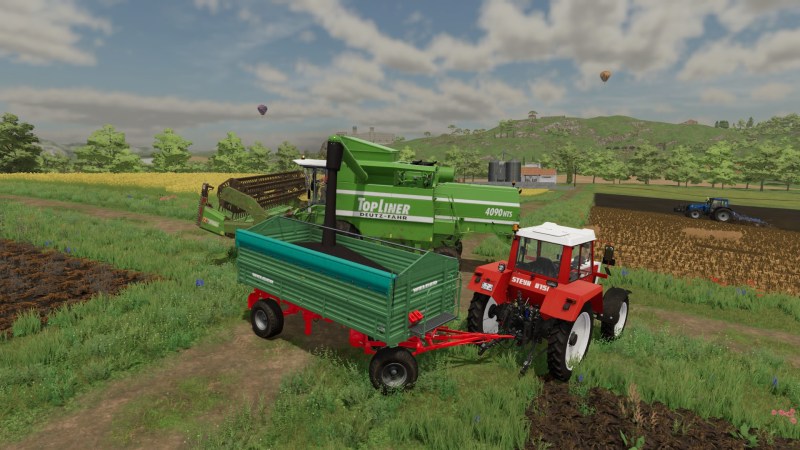 They say don’t judge a book by its cover, but this one tells you the whole story upfront.

For over a decade, the franchise has continued growing at a steady pace across every facet. As each new mainline entry pushes the limitations of its engine further, the brand’s popularity fittingly grows. This has fueled the developers to keep improving, thus leading to more consumers taking keen interest. But, why this farming franchise in particular? Haven’t there been others? Indeed.

As mentioned before, you can find multiple projects that exist in almost every sub-genre of sim. In this case, other franchises include Real Farm, Cattle & Crops and Pure Farming, just to name a few. For what it’s worth, these all look and play quite similarly to that of Farming Simulator. To the untrained eye, they may even be mistaken for the same title. And yet, these aren’t the ones that are being celebrated. Only Giants Software’s offering has reached a gigantic scale of popularity and recognition. 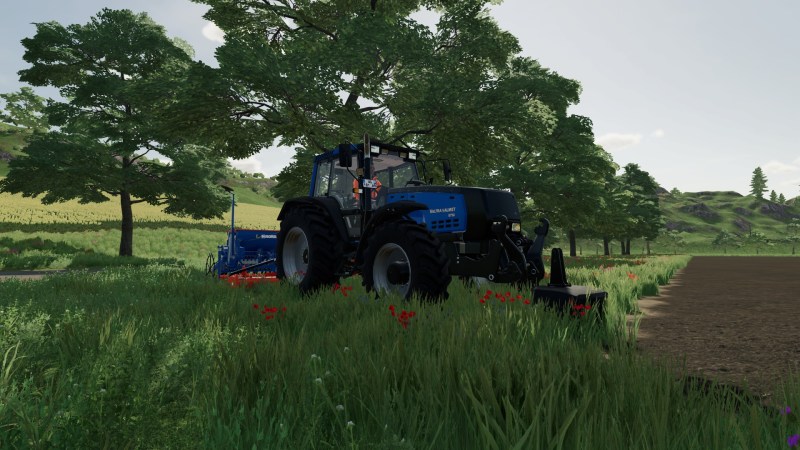 Giants has fittingly cornered the market in a large way.

While the initial release of Farming Simulator was certainly not the first of its kind, the series has had a few key ingredients over the years: consistency, quality and longevity. This franchise has been running for an entire decade and spans across basically every device. PCs, consoles, handhelds, even mobile devices — there’s literally an official Farming Simulator title on every screen. On top of that, each iteration has, more or less, played to the strengths of the platform its on to the point where there’s a clear divide between the PC/console versions and the portable versions. Its this consistency and attention to detail that has allowed the series to sprout and grow across the board.

On top of that, Giants has admittedly done a solid job at maintaining and improving upon quality over the years. Each new mainline iteration often introduces a major new component that then becomes a staple of the series. From AI workers, to seasons, to the inclusion of popular manufacturers, and the stunning advancements in its graphics engine — the bar tends to spike up with every new release. Sure, some bumps have been bigger than others. For example, Farming Simulator 19 didn’t feel like a huge improvement over its predecessor, aside from the strikingly advanced graphical upgrades. Farming Simulator 22, however, does feature a notably higher amount of new content and improvements that makes it feel more worthy of being considered a fresh, new version. 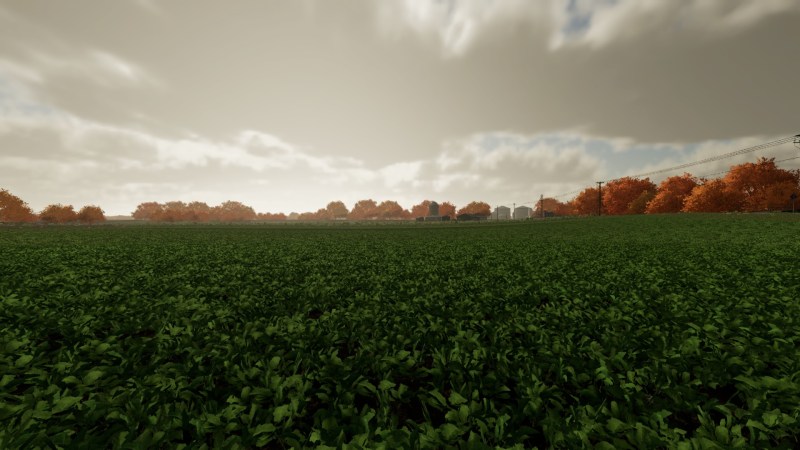 The series has come a long way in its decade-long history.

With such a heritage on its side, Farming Simulator has pretty much cemented itself as its own sub-genre. The aforementioned franchises all came out way after Giants Software’s series. And as for the ones that preceded it, they lay dormant in history. Farming Simulator is the series that’s been charging along steadily, thus creating competition in the long-run. Yet, this competition has yet to trounce the default king. That doesn’t seem to be for a lack of trying, either. In some ways, the competition has gone even beyond what Giants has accomplished. For example, I found Pure Farming 2018 to be superior in some ways to Farming Simulator 17 and even Farming Simulator 19 (which released a few months later). Yet, Pure Farming‘s community withered and died in just one season, as did its support. Pure Farming certainly wasn’t a bad title, not in the least. But, clearly, it’s hard to properly compete with, let alone kill a plant that has such deep roots.

Since Farming Simulator has been the one to stick around, its garnered a passionate community that’s not only ready to run out for each new release, but also ready to support said release until the wheels are off. With such strong support, modding has become yet another staple of the series that competing titles have lacked.

This is greatly evidenced by the previously mod-only dynamic seasons mechanic now being core part of the experience, as formally introduced in Farming Simulator 22. Here, we see Giants learning from its own community and building up the sim accordingly. This synergy between community and core team is also a big part in the series’ success.

But, there’s still the matter of overall popularity. Why is a farming sim considered a hot commodity anyway? Going back to the previously-mentioned qualms of how mundane such a title can be — those comments are true. The games are unavoidably mundane, repetitive and boring. Yet, that mundaneness clearly struck a strong nerve of interest from its fans. As a whole, there’s just something fascinating about the way sims allow you to fulfill a task and/or role that you probably wouldn’t be able to do in real life, no matter how “boring” it is. 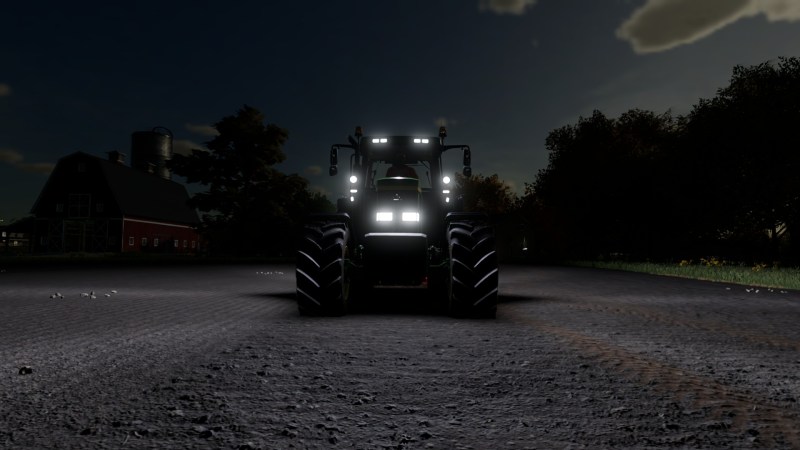 Strange to some as might be, there’s something truly satisfying about piloting these large machines in a virtual realm.

For example, large-scale farming doesn’t really exist in my home country of the Bahamas to the degree that is portrayed in this sim. A tractor is a rare sight. Yet, I love this series. Even people who do live in areas with such large-scale farming may not even bat an eye. That said, perhaps a big part of it just has to do with that sim bug. When you know you’ll probably never get a chance to do something, the fact that a game allows you to really feel like you can is a huge pull for some. It’s similar to the way children are fascinated by big machines, and intriguing professions like firefighting and space exploration. That wonder of doing something unconventional never truly fades for some of us. That’s where sims come in. They satisfy that underlying curiosity. And when a sim can capture that experience with true authenticity, it makes it more believable, thus leading to more engagement.

The fact that the series has become a staple in the worlds of content creation and eSports also shows that this interest is adaptable. While the eSports section flows more into the action-oriented side of things, the live streamers and video makers out there, who base their channels on Farming Simulator, have captured an audience for much of the same reason the sim itself has; that strange curiosity. Not to mention that their usually pleasant personalities are reflected into their playstyle, further enhancing the experience for the viewer and making them even more intrigued about how that specific creator handles the sim. Again, much like a well functioning ecosystem, we see synergy at work. 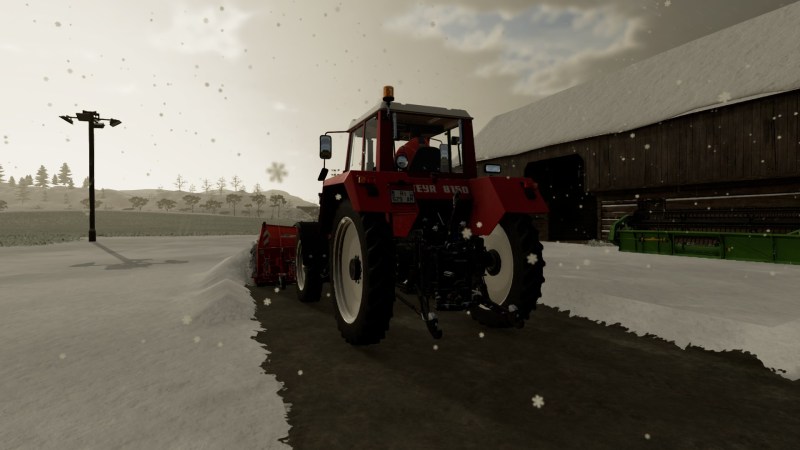 The series’ community has been so influential, the developers have incorporated mods into the core experience. That’s upward growth.

You really cannot understate Farming Simulator’s standing power. What started as a basic, crude-looking title, evolved into a polished and thriving franchise that has garnered the attention of millions. Will there ever be a true competitor to it? It’s hard to say for sure. Such a title would have to be striking and complex enough to sway the masses over. It would pretty much be a similar situation to that of Microsoft Flight Simulator and is primary competitor, X-Plane.

While the latter is still touted as “superior” in some ways due to its mechanics, Microsoft Flight Simulator‘s brand weight alone has carried it sky high, and it has surged passed the likes of the latest X-Plane in terms of popularity and recognition. In short, people love familiarity, and even more so if it’s still enjoyable. Thus, Farming Simulator may very well remain as the de facto title for years to come. Giants seems quite poised to continue rolling with it for the foreseeable future, so there’s no reason to believe that this situation will change. For the foreseeable future, Farming Sim is certainly here to stay.

All things considered, there are still some notable ways that the sim could improve, such as implementing more features and mechanics to truly enhance its sense of realism. But, its current state is clearly still more than enough to please the likes of its large community. As long as this cycle continues, this crop farm isn’t going anywhere.

Terminator: Resistance Annihilation Line review — Back to the future

By Chirag Pattni11 hours ago
Features