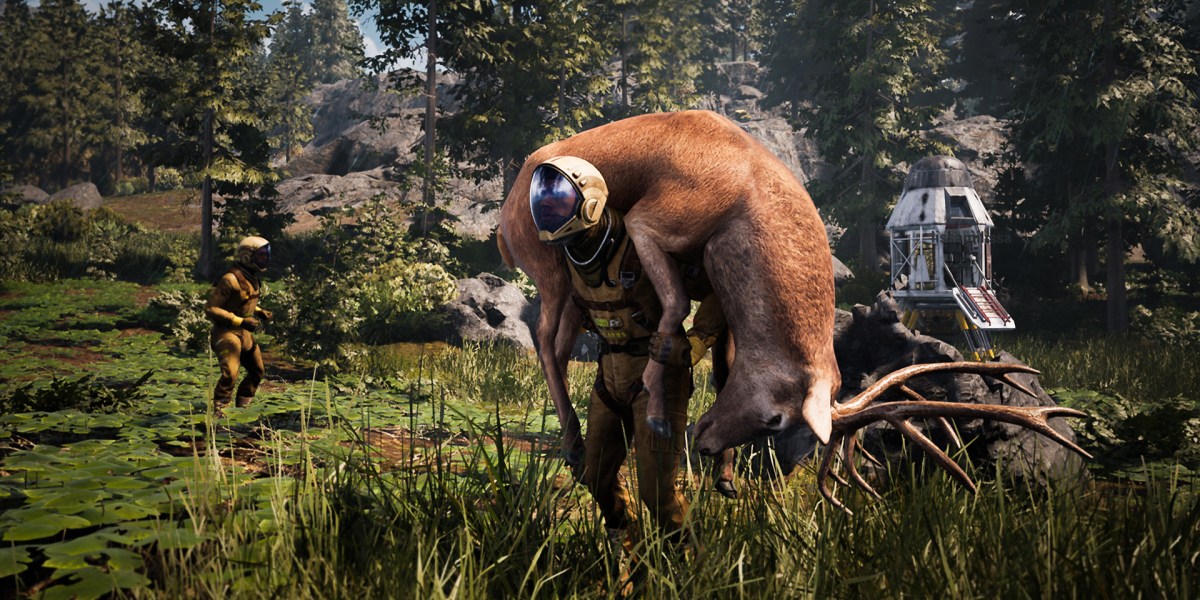 Icarus takes you to a planet filled with many dangers. Survival is of the essence, which means you need to eliminate packs and herds lest they turn you end up at the bottom of the food chain. Here’s our Icarus guide to help you hunt and skin wild animals.

The Bow and Arrow

Icarus provides you with several weapons that allow you to hunt wild animals. However, you’ll primarily want to use a bow and arrow. You should be able to shoot mobs from afar, including deer and buffalo that like to scurry away once they spot you. Here are some decent Tier 1 options early in the game:

Note: Later at Tier 2, you can unlock the Longbow, which requires 24x wood, 32x leather, and 4x bone. Go to Settings -> Controls and make sure Toggle Crouch is enabled. If you press your keybind, you can stay crouched indefinitely without having to hold the button down. This is really helpful if you’re trying to sneak around to get a clean headshot (which deals critical damage).

Before you check the dead animal, though, you could decide to just leave its carcass. After some time passes, other carnivores such as wolves will arrive. You can continue sniping these new spawns to earn more XP. 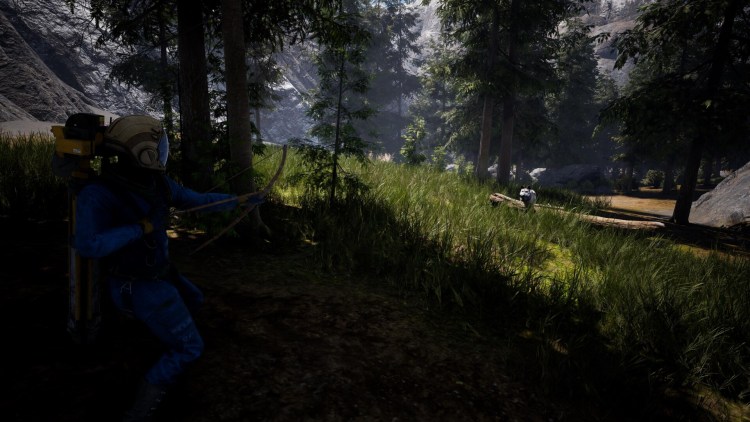 Before you can skin an animal in Icarus, you must first craft a knife. Ideally, you’ll want to use the Stone Knife, which requires 2x fiber, 2x stick, and 4x stone. Although it’ll break after four or five uses, the required materials are relatively easy to find. Later at Tier 2, you can get the Iron Knife, which requires 5x wood, 4x leather, 6x iron ingot, and 2x iron nail.

The skinning process only takes a couple of seconds. Then, you’ll be able to take all the loot from a creature (i.e., leather, fur, bones, and meat). Leather, fur, and bones are predominantly used for various crafting tech tree blueprints, including weapons, armors, and fixtures/machinery that can create new items. Naturally, meat is used for cooking, and is a great way to prevent hunger and replenish your health.

Note: If you need additional bones, you can use a melee weapon to hit the animal’s skeleton. You should be able to acquire 20 or more bones before the skeleton gets destroyed. Lastly, there are a few talents and crafting tech tree fixtures that can help you immensely when hunting and skinning wild animals in Icarus:

Icarus Guide: How to Get More Oxygen and Water

Icarus Cooking Guide: How to Cook Meat and Other Food

By Jason Venter43 mins ago
Guides