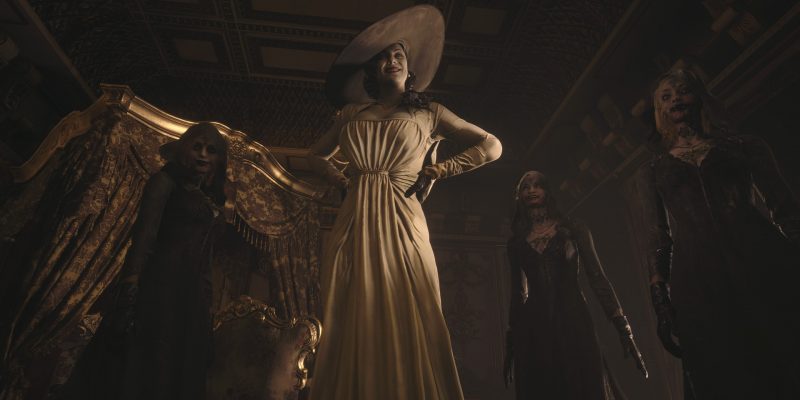 Note: Take a look at our April 2021 article to see if you missed out on a game this past month. For all the other content drops this year, and those in 2022 and beyond, check out our full PC game release dates listing.

This action RPG lets you team up with three other buddies to take on monsters and gods.

Metro Exodus is already a beautiful game and this new edition (which will be free to all owners) is designed with ray-tracing in mind. Make no mistake, you need ridiculously beefy hardware for this one. You can see the system requirements in the image below. 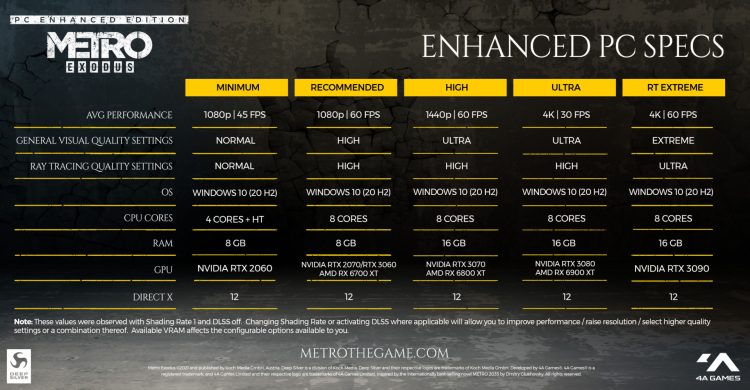 Do your flips and grinds all over town.

The eighth major installment in the Resident Evil franchise brings you more survival horror and action. Please note that the multiplayer game, Resident Evil Re:Verse was supposed to launch alongside Resident Evil Village. Unfortunately, it has been delayed until later this summer.

Originally released in 2017, this remastered version of the Metroidvania roguelike (or roguevania) features an arena mode and local co-op. You’ll need to kill quickly in order to increase your combo count.

Two teams with four players each will attempt to complete daring heists in this grim and brutal medieval world.

This adventure platformer has you solving puzzles while playing as a robot.

Bungie is yet to release more info about Destiny 2‘s upcoming season. However, we do know that the Vault of Glass will make its return. 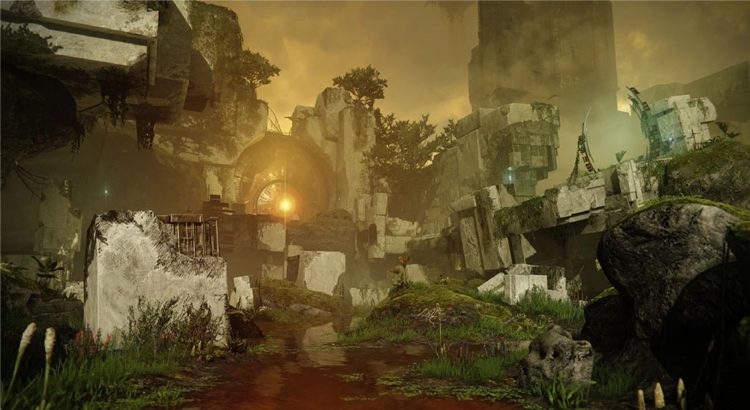 Assassin’s Creed Valhalla: Wrath of the Druids (Ubisoft): May 13

The first expansion for Assassin’s Creed Valhalla, Wrath of the Druids, was supposed to release this April. It was hit with a delay and it’ll now launch in May. It’ll feature Eivor facing off against threats in haunted forests, all while attempting to gain influence with the Gaelic kings.

The original GetsuFumaDen released in 1987, never making it outside Japan. It comes as quite a surprise that the title will end up with a sequel set 1,000 years after the events that have transpired. This action roguelike with Metroidvania elements will be entering Early Access this May 2021.

The sequel to Subnautica lets you explore the frigid depths. It leaves Early Access this May 2021.

Originally a PS4 exclusive, Days Gone has you exploring a post-pandemic open-world to survive an unforgiving landscape.

Essays on Empathy (Deconstructeam): May 18

Publisher Devolver Digital sure does love quirky and offbeat stuff, and this compendium from Deconstructeam is no exception. You’ve got 10 short games, including one about a hitman’s flower arrangements and comedians’ careers mixed with deck-based mechanics.

From exploring the vast unknown of space, players will finally be able to traverse planets in this Elite Dangerous expansion.

Sunless Skies originally released in early 2019 (you can check out our review of it). The Sovereign Edition, meanwhile, adds improvements to character progression, a new engine, trading options, and more. It’ll be a free update for current owners.

In Frozenheim, you’ll lead a band of Viking warriors as you attempt to live off the land. The game features RTS combat and city management mechanics.

As the game’s tagline says: “It’s not dodgeball. It’s dodgebrawl!” Knockout City is all about forming a team and doing zany moves to take out your rivals. It also features crossplay for PCs and other consoles.

17 years after Shin Megami Tensei: Nocturne released, a remastered version that has HD graphics will arrive for PCs this May 2021.

Capcom Arcade Stadium contains a plethora of the studio’s greatest coin-op hits from 1984 to 2001. The initial download contains 1943: The Battle of Midway. However, there are also three packs that you can purchase separately. Some of the games here include Bionic Commando, Ghouls ‘n Ghosts, Final Fight, Strider, Super Street Fighter II Turbo, and Battle Circuit.

Erica is an FMV-based interactive thriller. It originally released for the PS4 a couple of years ago, and it’s now making its way to PCs.

Solasta: Crown of the Magister (Tactical Adventures): May 27

Solasta: Crown of the Magister became an Early Access title last year. It’ll finally have its official launch this May 2021. It’s a CRPG that aims to stay true to the Dungeons & Dragons tabletop ruleset.

The winds are churning and the realms are getting ready for war. In this turn-based tactics game, you can lead the Stormcast Eternals, Nighthaunt, and Maggotkin armies.

What do you think about May 2021’s offerings? Are there any PC game releases and content drops you’re looking forward to this month? Let us know.