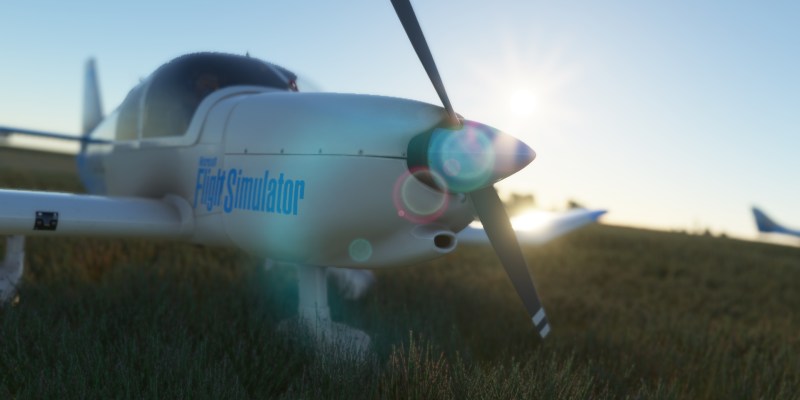 Every month that goes by since the launch of Microsoft Flight Simulator we’ve received a variety of new add-ons from the freeware community. What was previously a trickling of new content has turned into an ever-flowing torrent of releases.

It might be hard to sort through all of the new content, especially if you’re new to this whole thing. Fear not, because here are some more of my personal recommendations of great add-ons that I’ve been using to enhance my simulated flying experience. This list contains four add-ons. There’s also a list I made back in January with five more great options.

Unlike that previous list, this one will contain a mixture of utilities and add-on aircraft, since there have been some cool releases in the last few months. Additionally, all of the add-ons in this list are totally free to obtain.

Airbus A330 by Project Mega Pack

Microsoft Flight Simulator contains a decent number of aircraft spread across its three editions, and there have been some sweet payware offerings cropping up. But, it’s always cool to fly something fresh, and those payware add-ons can be expensive. Here’s where the Airbus A330 from Project Mega Pack comes in.

This shiny, new heavy has been custom built by the Project Mega Pack team. It includes a fully rendered exterior model with great animations and attention to detail. The virtual cockpit does borrow a lot from the default A320 (though this is similar to both jets in real life), but it has been adapted well to fit the new airliner.

This A330 add-on also comes with its own sound pack, which is of decent quality. The plane’s flight dynamics are relatively simple, so it’s not going to push the realism factor like the venerable A32X add-on. Nevertheless, this still a fun bird to fly and provides a nice alternative for longer routes than what an A320 would be used for. This is also a great addition to anyone who doesn’t own the Premium Deluxe version of the sim, since that version has the Boeing 787 as an exclusive offering.

Since we’re on the topic of Airbus…

Clearly you’ve been scouring for new add-ons for Microsoft Flight Simulator, so there’s no doubt you’ve come across a mention of this at least once. The illustrious A32NX mod is quite the feat. While it does utilize a lot of properties from the default A320 that’s already in the sim, what this team has done is enhance the flight model and its systems far beyond the default offering. The result is an arguably study-level rendition of the airliner, behaving a lot closer to a real-life A320.

The biggest change you’ll notice is a lot of the knobs and buttons that were previously labeled as “Inop” (inoperable) are now fully functional. To make use of everything in the most efficient way, you’ll likely need to look at a YouTube tutorial or two. That said, it’s still pretty simple to fly once you get the hang of it — no need to feel intimidated. Another great addition is the enhanced sound pack, which offers some really crisp playback of every flight event and effect from power-on to power-off.

FlyByWire has recently announced that the A32NX mod will soon be separated from the default A320 and released as a standalone add-on in the in-game Marketplace. It will still be completely free. The only caveat is that liveries will need to be converted by their creators to be compatible with this new version.

This is an add-on that I didn’t know I needed/wanted until curiosity drove me to try it out. Volanta is a simple but also versatile app that creator ORBX describes as being a social hub for virtual pilots, compatible with a variety of different flight simulators. What’s really the meat of this utility is that it allows simmers to display their flight information in real-time on a map. This includes assigning a callsign, flight number and flight plan. It’ll also display your aircraft type and registration. In a way, this is basically FlightAware/FlightRadar24, but for simmers.

What’s really neat about Volanta is that once a flight is complete, it’ll store that data and then allow you to view all of your flights on the map. It’s a great way to archive your virtual journeys. You can also click on an airport and see what other users have flown there, and how many virtual flights have come in/out of that airport during the current week, as well as the top users per airport for the month.

Even if you ignore the social aspects (like I do), Volanta is a great tool simply for tracking and archiving. I even like to use it while flying because it mentions how many nautical miles are remaining during the flight as well as the estimated time of arrival; a really clutch feature during long hauls!

Last, but certainly not least, is Flight Recorder. This super lightweight utility does exactly what it says: it records all of the flight data during a session. That said, this recording is not video recording, but input recording. Thus, it allows you to save that data and create a file that you can easily load up and go back to later to then create a video recording using external software (like GeForce Experience, Xbox Game Bar, OBS, etc.)

Due to the way Flight Recorder records the sim data, you can scrub through the flight as if it were a video. This is useful if you want to re-do a specific part, such as attempting to get a smooth landing (guilty as charged). You can also use this in tandem with the sim’s built-in drone camera to get some really sweet footage, such as positioning the camera at the base of the runway and watching your plane soar over as it lands, or even at takeoff. The creative possibilities are endless. Just keep in mind that the state of the virtual world will continue to change. For example, if you record a flight that took place during a thunderstorm and then a day later attempt to perform a video recording of that same flight, the weather will be completely different.

The ability to record a flight is something that’s been in most past flight sims. Unfortunately, though it is coming at some point, Microsoft Flight Simulator still lacks that functionality. Flight Recorder comes in handy as a nice stand-in until the functionality comes included in the base sim.

To see it in action, here’s a video I was able to put together of the Just Flight Piper Arrow III (which we previewed) using Flight Recorder:

Just like I said with the previous collection, the add-ons features in this list are just a few of the many great products on offer for this sim. This is still the early days of Microsoft Flight Simulator, so there’s a lot more on the horizon.

Both FlyByWire and Project Mega Pack are currently hard at work on future products like the Airbus A380 and Boeing 737-800, respectively. Not to mention, there’s other freeware projects that are popping up all the time. And if you don’t mind spending a bit of cash, payware offerings like the aforementioned Piper Arrow from Just Flight or the highly sought-after Mitsubishi CRJ from Aerosoft are other great offerings.

As more Microsoft Flight Simulator add-ons come about, you can definitely expect more lists like this in the very near future.