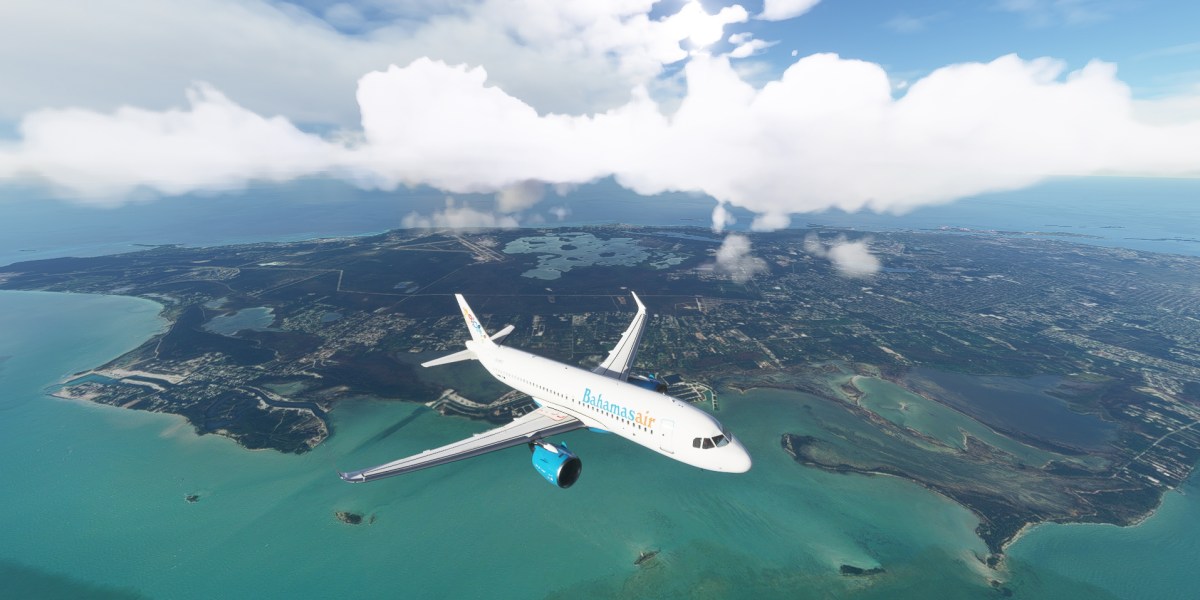 It’s been an exciting few months since Microsoft Flight Simulator took to the skies late last summer. Since then, there have been a variety of different add-ons that have rolled out onto the web in both the forms of freeware and payware. With the collection growing rapidly on a weekly basis, the purpose of this guide is to spotlight a few of the add-ons for Microsoft Flight Simulator that stand out for their utility and quality.

All of these add-ons are my personal recommendations that I’ve used time-and-again throughout my near 200 hours of playing the sim. Right off the bat, I’ll say that this guide has been dedicated to utilities rather than any aircraft, since there’s not much freeware aircraft available right now, and I also don’t have any payware aircraft just yet. But, as time goes on and more add-ons are released, expect to see more guides!

With the protocol established, here are my picks as of January 2021.

The default pushback system in Microsoft Flight Simulator is, in a word, trash. It’s slow, clunky, and unintuitive. Thankfully, there’s a fan out there with a bright mind and a good heart – Metindikbas. This simmer has designed a handy utility called Pushback Helper which completely (and seamlessly) overrides the default system. Its little GUI allows you to effortlessly call a pushback tug without saying a word to ATC. The direction of the tug can also be controlled with a push of a button. As of the latest version, this functionality has been enhanced, now allowing for the tug to even pull an aircraft in any direction. The speed of which can also be altered. Additionally, the latest version also patched in the ability to open and close specific doors on airliners (the A320, 787, and 747). If you do fly a lot of passenger aircraft, then this utility is definitely worth the pickup until Asobo improves the default pushback system.

Since my days of simming as a kid, I would be bothered if I didn’t fly in succession. That is, wherever I land at, I have to take off from and continue on. That’s why I feel like Pilot Path Recorder was designed for weird folks like me. How it works is that it tracks your flight path in Microsoft Flight Simulator from take-off to landing. It then turns that data into a Google Earth file. You can then import it to Google Earth (web or desktop version) and display each of your flights on the 3D globe! A small view of my journey from Canada to Japan and SE Asia.

If you’re the type that likes to fly “properly” and/or wants to go on an epic air trip and record your progress, this is a great way to archive it. Of course, you can also snap a screenshot of your journey and share it with the rest of the world.

Speaking of mapping flights, if you’re flying into unfamiliar territory, it’s always good to get a birds-eye view of the terrain. That’s where VFR Map comes in. This program injects itself into your session of Microsoft Flight Simulator and feeds the data to a web portal. From there, you can keep track of your current flight in real-time as a little dot that represents your aircraft blips across the map. It’s basically like a plane-friendly GPS program. VFR Map doesn’t just display the current location of your aircraft. It’s also handy for checking stats like airspeed, altitude, vertical speed, and even flaps.

My one gripe with this is that, at least so far in my experience, I have not found a way to get it to display on a mobile device. Despite its data being fed to a webpage, it only seems to be accessible on the computer I’m running the simulator on. That’s great for when I’m sitting down watching my flight, but if I want to step away and do some chores on a long haul, then I still have to keep checking back physically to monitor the flight’s progress. If it could be updated to support mobile connections, this tool would become far handier.

While Microsoft Flight Simulator does incorporate live multiplayer, you can’t truly interact with any of the other players in a public session. So, the virtual skies can be a bit lonely. I can’t be the only one that pretends to haul passengers around, right? …Right? Anyways, next we have LukeAirTool, which makes the flying experience just a tad more interesting with its nifty PaxSim functionality.

This feature allows you to spice up your flight sim with passengers. You can conduct every operation of a regular passenger flight from boarding at the gate to deplaning at the arrival airport. You can set (or randomize) the number of passengers, and even control how quickly they come on board. Once you’ve punched in the route, your flight will be tracked with a little map utility that’s also included. It’s similar to VFR Map, and shows a live view of your aircraft’s position in the sim. Announcements from the cabin crew and pilots can also be played. You can even toggle ambient noise from passengers. Different audio files from various airlines all over the world are included, though you can also import any specific files you want for a more authentic experience. Passengers will be satisfied or dissatisfied by how well the flight flows, and you will be awarded in points for landing smoothly and safely. Though, you’re not judged too harshly.

The one downside to LukeAirTool is that it doesn’t seem to inject any weight data into the sim. You’ll still have to set all of that up manually from within Microsoft Flight Simulator itself. Thankfully, like all of the other utilities in this list, this program is in active development and will be updated as time goes on. So, expect improvements and additions to be made regularly.

This final add-on recommendation for Microsoft Flight Simulator is the only one on the list that you’re going to have to shell out some dough for (only $10 USD). However, it’s arguably the coolest of the bunch.

Just a few weeks ago, Microsoft Flight Simulator finally got the much-anticipated integration of virtual reality functionality. Lots of folks love it; that is, the ones financially fortunate enough to enjoy it. For the more budget-conscious of us, there are always alternatives. And that’s exactly the case with OpenTrack x SmoothTrack.

Both of these apps work in tandem with each other to provide a pseudo-VR experience by means of the front-facing camera of your phone. Using the data from your camera, your head movements are tracked in real-time. This allows you to somewhat naturally tilt and raise your head to manipulate the camera, thus providing a close-to-VR experience. As you might expect, this isn’t as in-depth as VR, but it works surprisingly well. You will definitely have to get used to keeping your eyes locked on the screen while you move your head in order to actually see what’s going on, but once you get oriented, this offers a really cool experience.

While I did mention there being two apps, all you’ll have to pay for is one, and that’s SmoothTrack for your mobile device. OpenTrack is a Windows utility, and it is completely free to download. Once you get everything set up, you’ll be off to the races. I will say that your mileage may vary, however. The core apps are easy to use, but your biggest challenge will be making sure your physical environment is conducive to use this. If you can prop your phone high enough to where it can see your face at an optimal angle, without blocking your screen, then you’ll be good to go.

While some of these add-ons might be new to you, I’m sure you’re familiar with the dozens upon dozens of different repaints that out there for every aircraft in Microsoft Flight Simulator. There’s a livery for every real-world airline, even for airplanes that the airline doesn’t own. For example, there’s a popular Southwest livery for the Airbus A320neo, despite the fact that Southwest only operates Boeing 737s in real life.

If you prefer the smaller aircraft, there are also a dizzying number of stylish repaints for them too. Regardless of which edition of Microsoft Flight Simulator you have, you can enjoy decking out the aircraft in your collection with some fresh designs. Flightsim.to is where I’ve downloaded all of my repaints from, and it’s also where the majority of the add-ons in this list are located. So, check back often for new repaints options. You can also even create requests for specific repaints of any aircraft.

I hope you find at least one of these recommendations for Microsoft Flight Simulator add-ons useful. I’m only one guy, so there’s likely a slew of other add-ons that I don’t know about. If you have any favorites of your own, by all means, let us know about it in the comments.

How to fix the Call of Duty: Warzone loadout freeze glitch