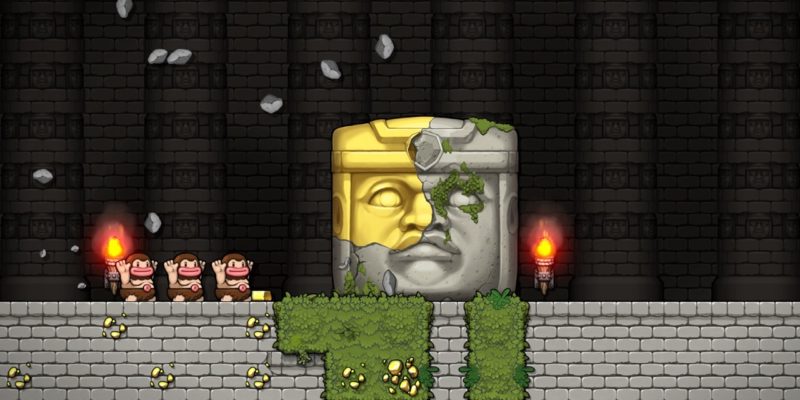 At the end of either the Jungle or Lava world, you’ll have to come face to face with Olmec, the first real boss in Spelunky 2. Olmec was the main boss of the original game, but in the sequel, he has been relegated to being a mere side boss. Even so, you’ll still need to get past him in order to proceed to world 4.

I’m not going to waste your time talking about the fight’s mechanics or the best strategy to beat him, because you don’t need to know. In Spelunky 2 there is a strategy to completely avoid this boss fight and move on to world 4 without even fighting Olmec. And no, it doesn’t require any exploits or cheats.

Obviously, the first step is to get to Olmec’s lair. This can be found by finishing either of the World 2 stages. As a side note, there’s a shortcut unlockable right after Olmec’s Lair, so be sure to bring the appropriate item if you haven’t unlocked it yet. This can save you a ton of time down the line.

Once you’ve entered the lair do not approach Olmec as this will trigger the boss fight. Instead, you’ll want to immediately start bombing the left-hand side of his chamber. Use one bomb at a time to blow a hole in the floor sizable enough to make your way all the way down to the bottom. This should take a total of four bombs to do. I’d recommend dropping the bombs from the top before falling down unless you have either a jetpack or climbing gloves. 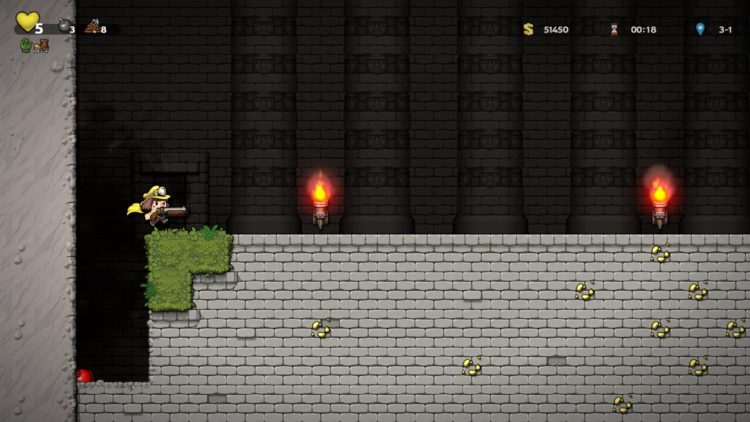 Don’t stand in the hole while doing this unless you have a suitable escape plan. The last thing you need is to blow yourself up.

As for getting down the hole safely, the aforementioned items or a parachute can help, but they aren’t required. Instead, two to three ropes should see you get down safely. If all you care about is getting to the shortcut, feel free to jump down the hole and take a single life hit instead.

Once you’re on the lower level, just run to the right and push the block out of the way to make your way through the final door. Be aware that enemy skeletons and spiders can spawn here, so if you’re low on health don’t get complacent just yet. However, once you’re through the door, you’ve successfully dodged Olmec without using a single attack.

Genshin Impact guide: The best characters for your adventure