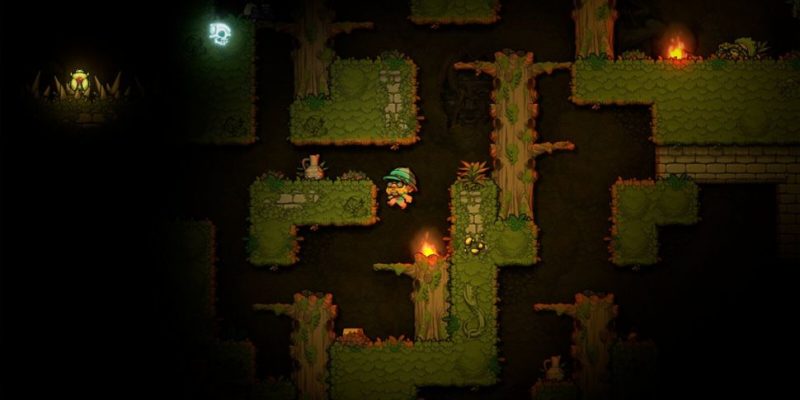 The original Spelunky was indie developer Derek Yu’s first crack at making a fully featured game. Seven years after its release, Spelunky is widely considered one of the legendary indie classics alongside other incredible games like Terraria and Stardew Valley. So when developer Mossmouth announced Spelunky 2 was in the works, it certainly had my attention.

Much like its predecessor, Spelunky 2 is a very difficult rogue-like that challenges the player to marginally improve run by run. On your first go, you’ll be useless and probably not even make your way past the first screen. And then with each attempt, you’ll get slightly further and understand a little more about each game mechanic.

How to approach different enemies. How to scout levels to see what’s coming up. What you need to do in order to avoid traps. There are thousands of small variables that add up to make either a satisfying challenge or beyond tilting experience. Which side of the fence you fall on probably depends on your taste in games. Thankfully, I’m the former. 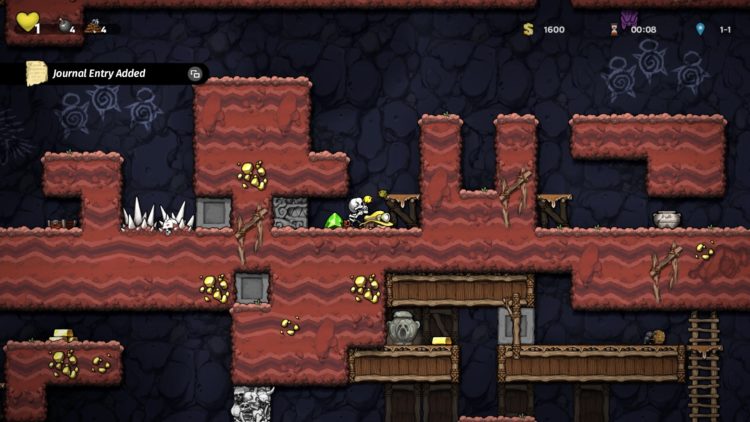 My early runs had me making a lot of silly errors. With practice and learning though you can filter them out and get better with every attempt.

What’s so great about Spelunky 2‘s steep learning curve is that it’s almost always fair. If you die then it was probably your fault. Sometimes you’ll get killed in the most ridiculous way possible but it’s so infrequent that these events tend to be funnier than they are frustrating.

That drive to improve is only pushed further by Spelunky 2‘s phenomenal platforming controls. I mean no exaggeration when I say these are some of the most responsive controls I’ve ever felt in a 2D game. Just about the only thing I’ve played comparable is Super Meat Boy. Considering that Super Meat Boy is solely a platformer whilst Spelunky 2 is primarily a roguelike, that’s an impressive feat of development on Mossmouth’s behalf.

Although impressive, the original Spelunky was relatively simple. You worked your way through each level, got to the final boss, and then defeated him. This linear gameplay worked well but was fundamentally limited in scope. Going into this sequel I was hoping Mossmouth took the opportunity to elevate Spelunky to the next level. I was not disappointed.

Every single run in this game is diverse enough to feel nothing like any of your previous attempts. Whilst the consistently well made randomly generated levels do play a part in this, it’s the many secrets that secure the deal. 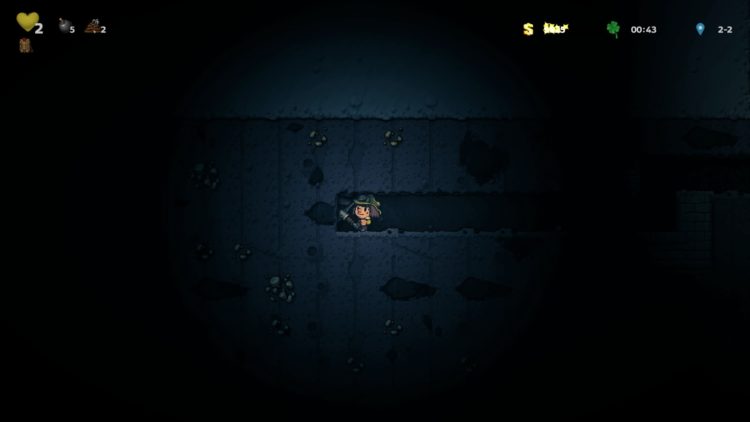 The sheer amount of things to find and discover in Spelunky 2 is hard to explain. Simply, you probably won’t ever be able to see everything.

There is so much to discover in Spelunky 2. Even after over fifteen hours of playtime I hardly feel like I’ve touched the surface of what the game really has to offer. Just about every single floor you enter will have at least one unique secret to discover. It could be a secret cave, a unique NPC, or even an entire boss fight hidden away.

There’s a good chance you’ll discover something exciting every time you boot up Spelunky 2. And once you do, there’s no going back. There were several occasions where I was so dedicated to figuring out a secret, I’d spend well over an hour tackling it. I’m by no means a completionist but Spelunky 2 fuels my drive to find everything.

Easy on the eyes on hardware

Unsurprisingly, with Spelunky being a 2D franchise it’s not exactly demanding by 2020 standards. According to the official Steam store page, a mere GTX 750 will have you set. Despite this, I think Spelunky 2 is a genuinely beautiful game.

Its visuals may be simplistic but they’re cute and very easy on the eye. Most importantly, Mossmouth has designed everything to be easily visible. Given how many different things are trying to kill you in an average stage being able to easily identify various threats makes Spelunky 2 less frustrating than you’d otherwise expect. You don’t have to be the next Battlefield or Microsoft Flight Simulator to be considered a great looking game. Some well thought out, colorful 2D art can work just as well. 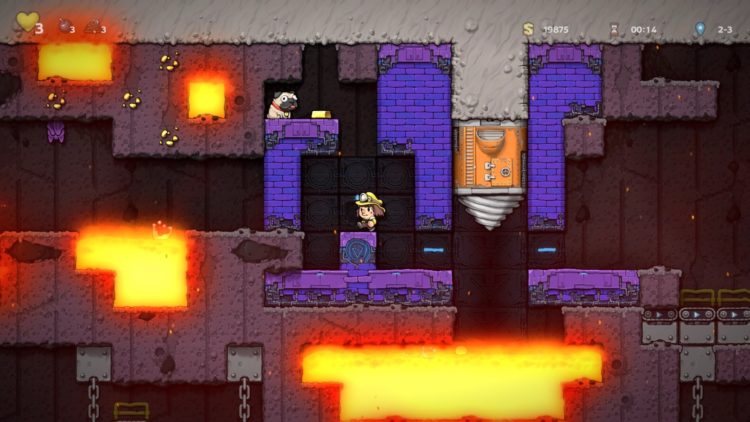 Some areas are just so bright, colorful, and vibrant that it’s hard to not stop and admire the art.

And as you’d expect from a 2D game, the performance is nothing short of faultless. With V-Sync enabled I maintained my monitor’s refresh rate of 144Hz with no noticeable drops. Whilst disabled, my RTX 2060 reaches values in excess of 600 frames per second. Even those at the peak of the PC master race mountain will struggle to complain about that.

As for options, Mossmouth has included just about everything you could need in a 2D rogue-like. There’s native support for a wide range of resolutions and higher refresh rates. The only disclaimer you may need to know is that Spelunky 2 is locked at a 16:9 aspect ratio.

It can be a dangerous idea to create a sequel to any beloved game. The expectations of fans are going to be so wildly unreasonable that most of the time a developer is setting itself up to fail. Because of this, it’s paramount that when that sequel does get released it has to be something special. Spelunky 2 is just that.

Make no mistake, this is one of the best indie games we’ve seen in a long time. From its highly responsive platforming to its ever-brilliant level design, Spelunky 2 gets just about everything spot on. And once online multiplayer alongside the confirmed PS4 crossplay finally arrives, this will be a bona fide game of the year candidate.

The original Spelunky's only obvious shortcoming was that its level design was somewhat limited. Spelunky 2 takes what made the original so great, fixes that shortcoming, and leaves us with one of the best-made indie games you'll ever play. A truly sensational effort from Mossmouth.

The best AS VAL class to use in Call of Duty: Warzone

By Michael Feghali1 day ago
Reviews