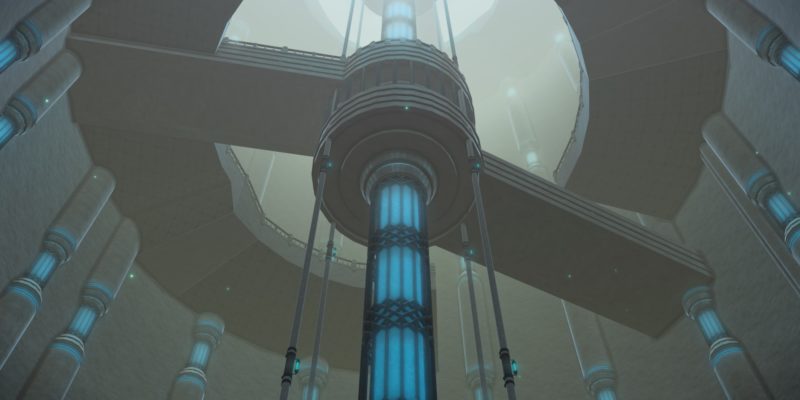 The Spire of Eternity Research Raid Dungeon is one of the new locations in Sword Art Online: Alicization Lycoris. Let’s talk about this map as well as the enemies and loot.

Note: For the other locations in-game, head back to our Raid Dungeons and patch 1.03 main page. As for the rest of the game’s content, check out our Sword Art Online: Alicization Lycoris guides and features hub. 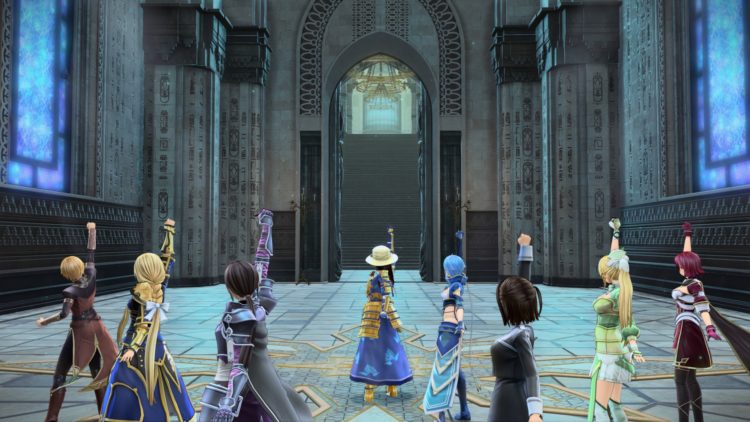 Our goal here is to find two keys to open the large doorway. 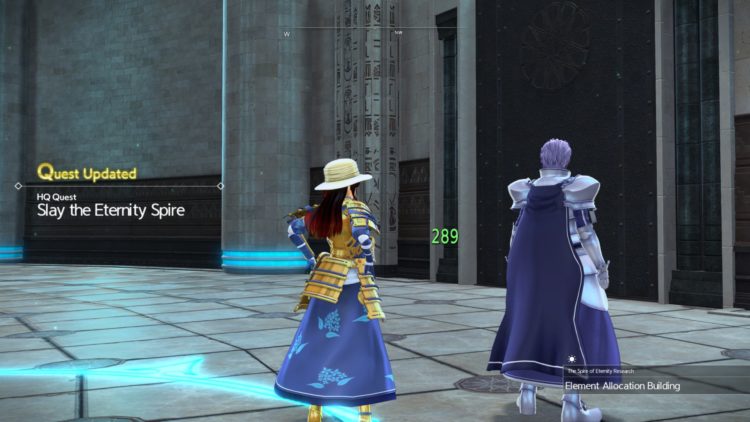 The corridor to your right leads to a fight with Blueclaw the Burrower (level 45). 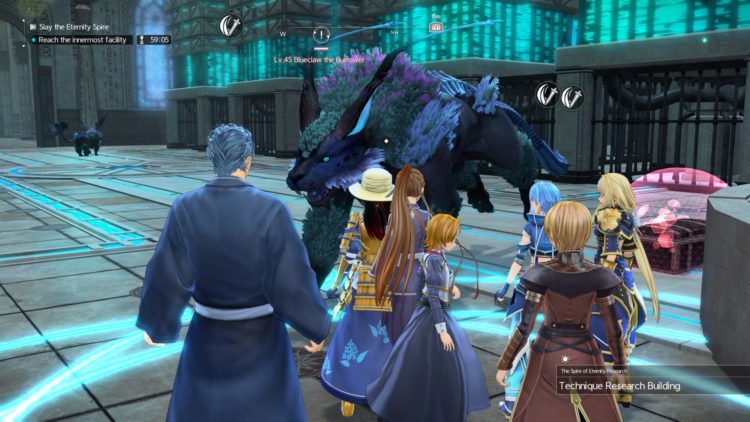 The left door in this room also takes you to a chamber to fight Eternum the Chronobeast (level 48). It’s got the same attacks as Skyfish the Whirlpool and Skycrawl the Monstrous. 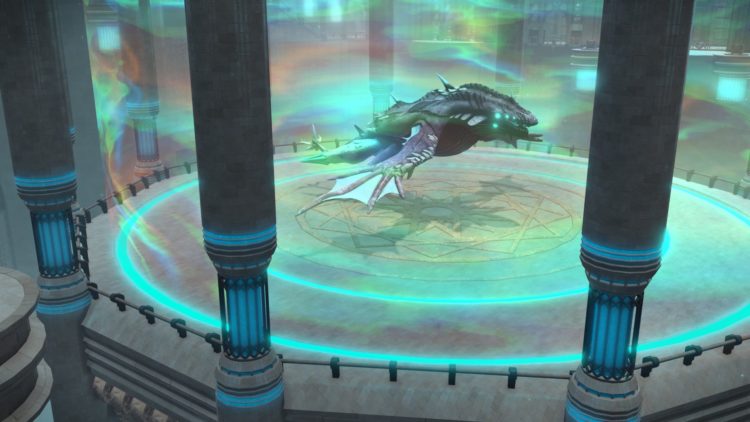 Go back to the initial area and run past that large doorway (which we can’t open yet). The next room will have a Goddess Statue. You can interact with it to spawn Consort the Elegant (level 70 bee). 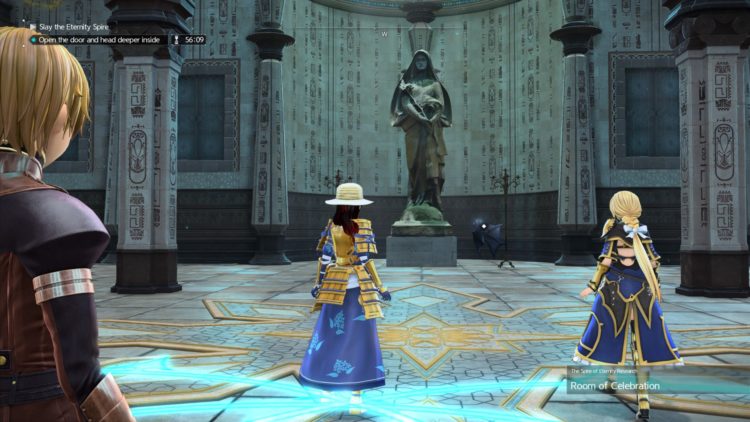 From there, the winding corridor takes you to a hallway with two rooms.

Rewards: Random materials and either Maiden’s Stigmata or Life Incarnation. 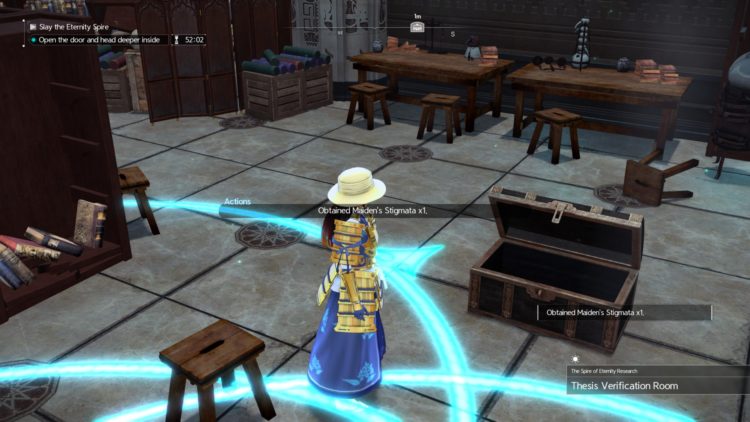 The other door, meanwhile, leads to a fight with Fleshheap the Decaying (level 58). 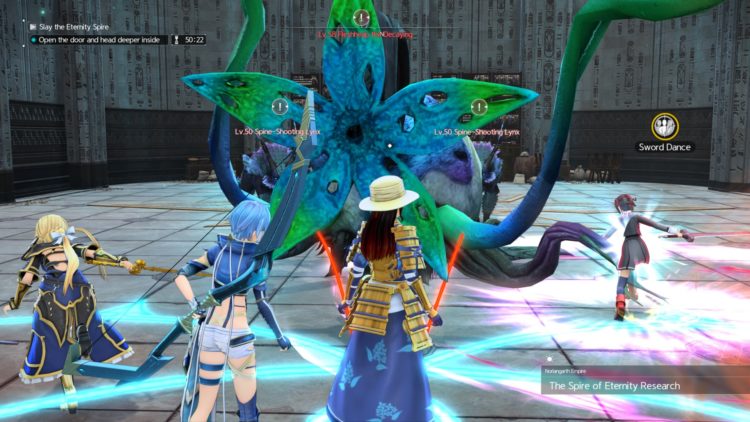 Head to the nearby flight of stairs to reach another doorway that has a Giant Lynx (level 58). 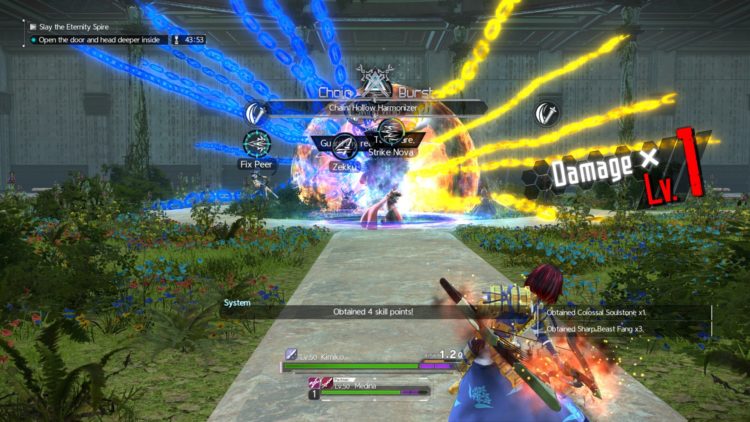 Go back to the large doorway to open it. Before you go to the boss’ chamber, though, check out the wings on the left and right-hand sides. 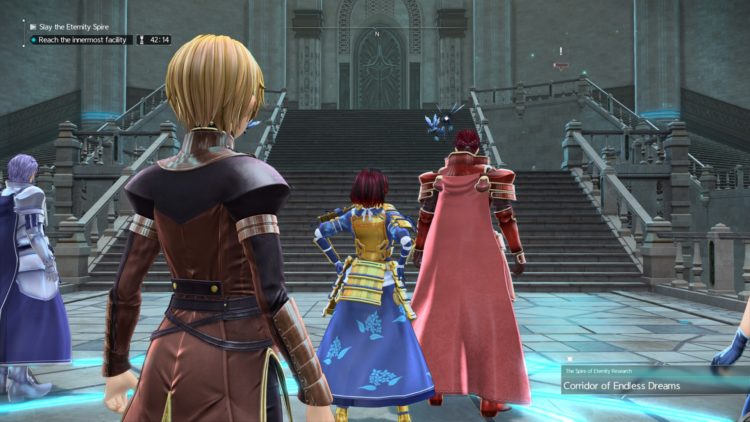 The left side will have you fighting Lifeblaze the Eternal (level 70). 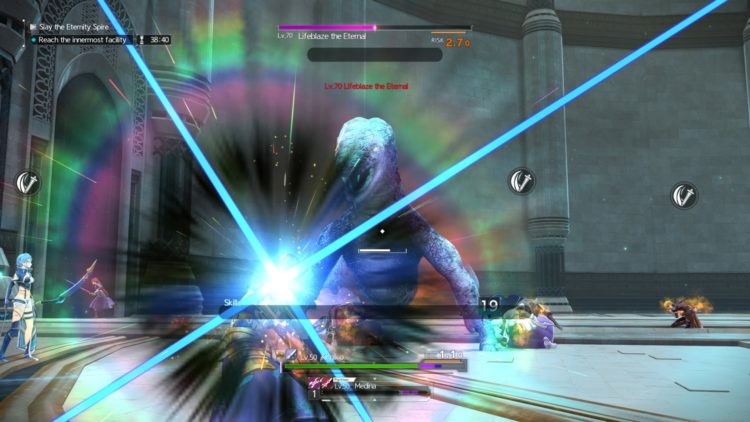 The right side has Soulfang the Phosphorescent (level 65).

Reward (from the balcony): Gloves of Inquisition. 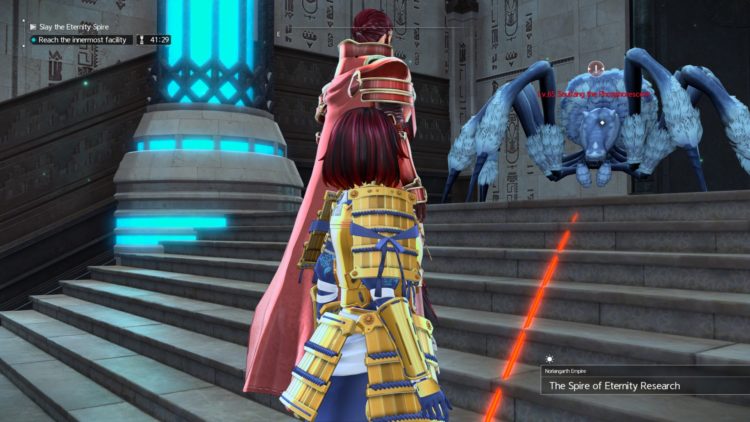 With everything done, go ahead and head to the boss’ area.

Azurite the Endless Flame is the boss in the Spire of Eternity Research Raid Dungeon. This creature only has around 6 million to 7.6 million health, well below any Divine Beast you’ve fought before. 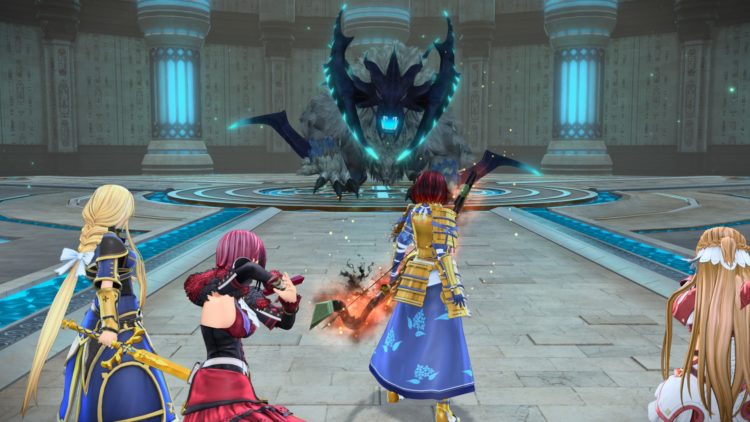 The boss has two notable attacks. The first is when turns into a ball of pure energy that continuously fires at Kirito (make sure you’ve got your Magic Mirror Sacred Art saved up for that). 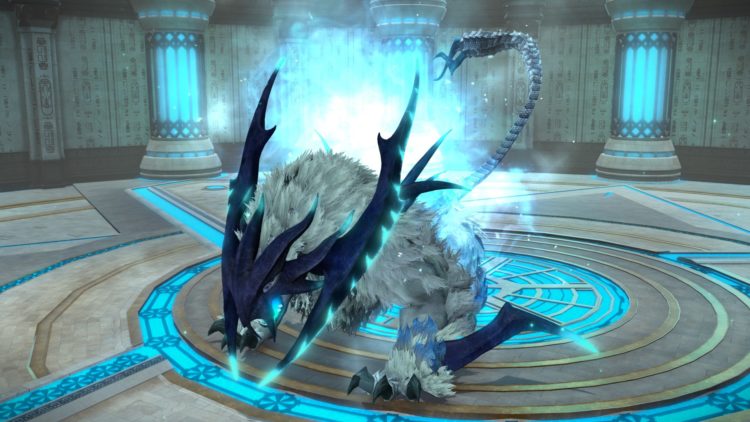 The second is an odd “AoE wipe” when its HP gets low (as though it’s exploding). I killed it before I realized what had happened to my companions. 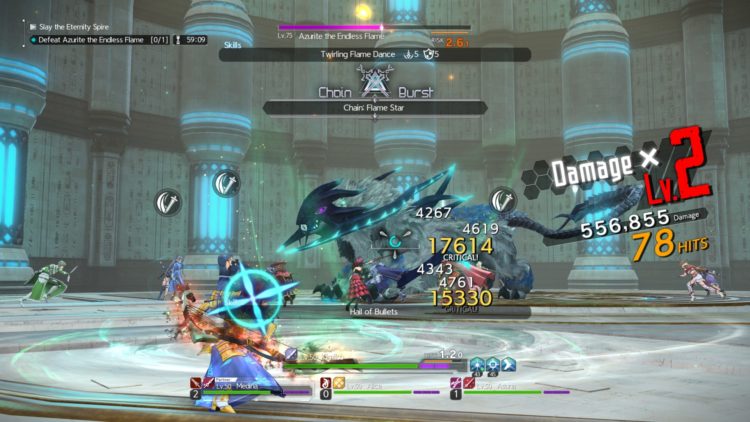 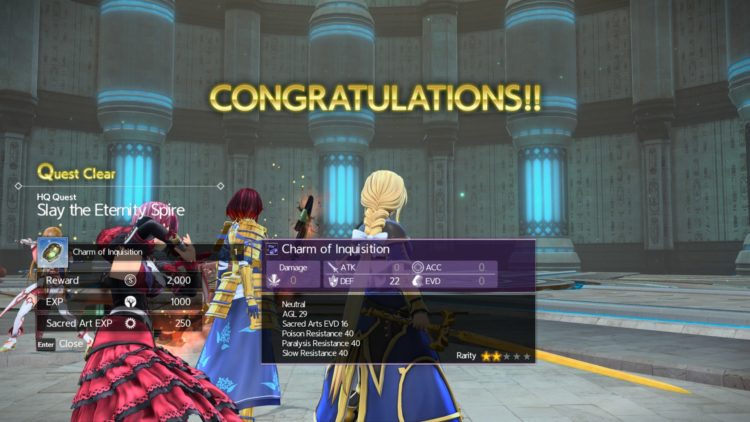 The Spire of Eternity Research Raid Dungeon clear chest can give you a weapon, armor, or accessory. Here’s an example: 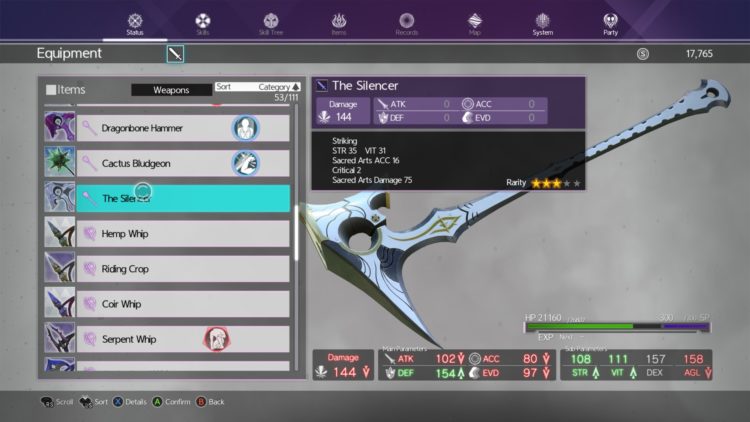 Final Fantasy XIV patch 5.3 gets a trailer and a lot of details