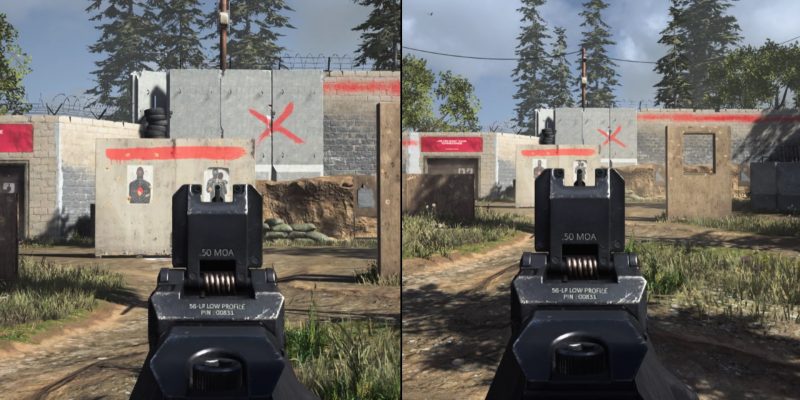 Call of Duty: Warzone is a highly customizable game. Be it graphics, controls, or general settings, there are many options that can be changed to suit personal preference. Some of these are purely aesthetic or negligible, but there is one less obvious setting that can be game-changing. This is the affected FOV option in the Warzone general settings menu.

FOV stands for field of view. Most PC gamers are likely well acquainted with that term, but here are the details for those who aren’t. The field of view is a setting that impacts how much is visible on the screen at once. It features primarily in first-person games and is generally measured in horizontal degrees.

What is affected FOV?

In Warzone, there are two options for the types of field of view: affected and independent. This setting changes how your FOV is impacted by most forms of aim-down sights. The exception is with scopes that have a fixed field of view regardless of settings.

If the affected FOV option is enabled in Warzone, then aiming in won’t change the field of view at all. It will remain exactly the same as it was when aiming from the hip. Regardless of if a red dot or iron sights are used, the camera will not move when aiming in. In contrast to that, the independent option does the exact opposite. Aiming in with any optic will temporarily change your field of view. This is defaulted to change from whatever is originally set to 80 FOV.

A field of view of 80 may seem a little random, but this is the fixed setting offered to console players. Typically, a higher field of view is superior, but there are scenarios where going too high can become problematic. This is amplified in Warzone, where having the FOV setting too high can make spotting enemies that are far away more difficult.

Both affected and independent can be optimal depending on several variables. Factors such as playstyle, personal preference, and choice of weapons should all be taken into account when deciding which option to use. However, players looking to get the most out of their guns affected is usually the best choice.

In practice, the affected FOV option makes controlling recoil easier in Warzone. At a higher field of view, the zoomed-out camera causes there to be less visible recoil on screen. Although this isn’t actually affecting your gun’s spray pattern, the reduction in visible recoil makes it easier to stay on target. As for independent FOV, this is best for those who value visibility over gun control. Independent FOV is great for spotting enemies when aimed in thanks to the zoomed-in perspective it provides. However, because your view is more zoomed-in, guns will appear to kick harder when fired. This can make it more difficult to track fast-moving targets accurately, as well as controlling both horizontal and vertical recoil.

There isn’t a one-for-all answer as to which setting you should be using, though. It’s best to try out both to get a feel for what is most comfortable. Regardless of which is chosen, this isn’t a setting that will single-handedly make you a great player. Other battle royale fundamentals and gun mechanics are still necessary in order to dominate Verdansk.

Europa Universalis IV: Leviathan — Is it worth it?