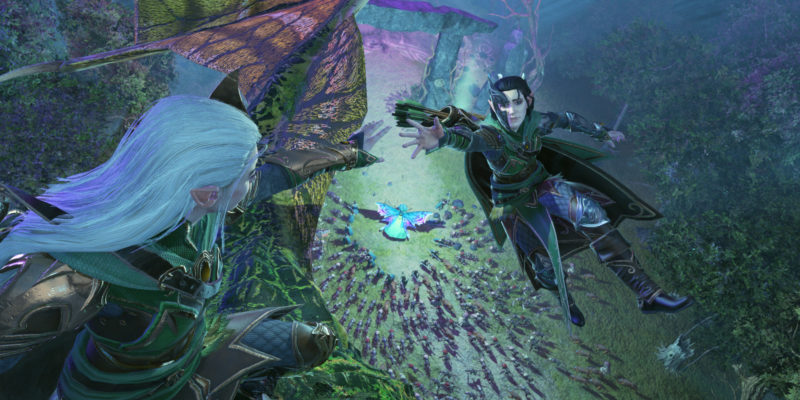 The Forge of Daith is a unique mechanic for the Sisters of Twilight in Total War: Warhammer II. Here’s our guide to help you out.

Total War: Warhammer II – The Sisters of Twilight and the Forge of Daith

There are two ways you’ll chat with Daith in your Total War: Warhammer II campaign:

Note: For the Gifts of Daith, if you pick the same item type, you’ll eventually run out of stuff to get. Instead, Daith will just give you a temporary buff — i.e., your armies/units are granted the “flaming attacks” buff for five turns (seen below). 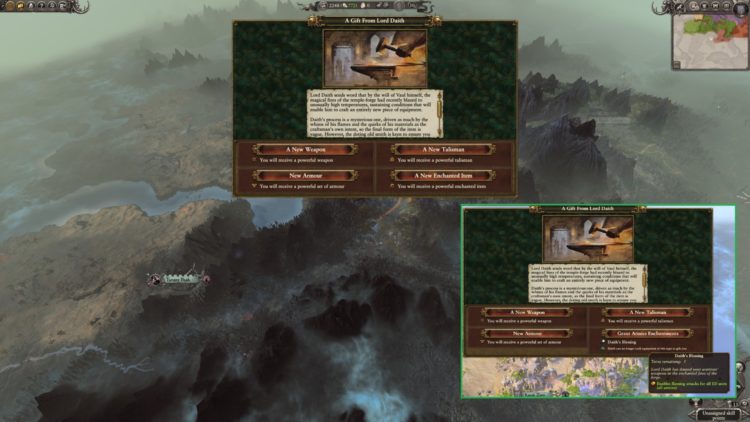 The Forge of Daith doesn’t have its own screen and it’s just another dilemma:

Ideally, you’ll want to choose Naestra all the time since the upgrade is permanent. Likewise, if you get the same item later in the Forge of Daith, you can eventually turn it into a unique/purple piece.

Note: Because the selection is random, it’s possible for the Forge of Daith to select a maxed-out/purple item. This means Naestra’s only option is to “leave” the forge. If you pick Arahan, the purple item reverts back to the uncommon/green tier in a few turns (which you don’t want to happen). 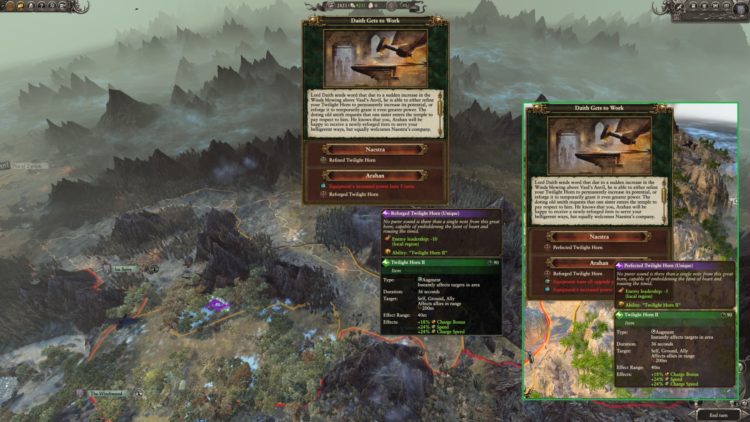 There are several unique items you can get from the Forge of Daith mechanic and you could, eventually, deck out the Sisters of Twilight in purple gear after many turns. The main downside, as mentioned in our feature article, is that it feels a little too passive and tacked on.

When you combine this with other mechanics such as healing forests or forest encounters, it adds to that tedious waiting game interspersed with extra, RNG-based dilemmas. Moreover, if the Forge of Daith picks a maxed-out item, that’s a waste of a dilemma/event and you’d probably want to reload your save anyway.

In any case, let’s talk about another key factor in your Sisters of Twilight campaign. It’s the mighty Forest Dragon Ceithin-Har.