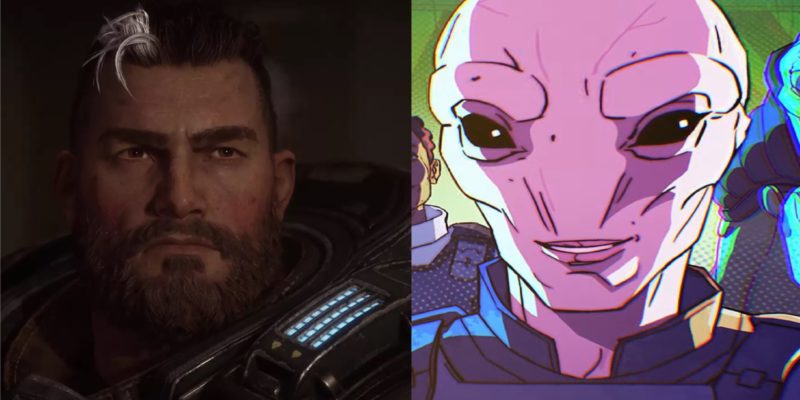 XCOM: Chimera Squad and Gears Tactics released a week apart. Both are turn-based strategy games that are spinoffs — the former for 2K’s XCOM franchise and the latter for Microsoft’s Gears of War series. I ended up reviewing both games — XCOM: Chimera Squad was a uniquely refreshing take on a classic formula, and Gears Tactics met and exceeded expectations. And, yes, both also ended up with a review score of 9/10. One of them has to have an advantage, right? So here’s our Strategy Game Showdown to determine just that.

Note: For more information about these games, you can visit our XCOM: Chimera Squad hub as well as our Gears Tactics hub. 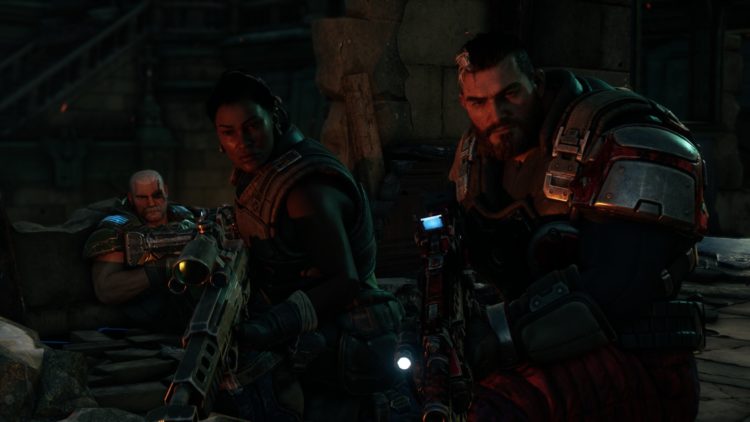 I decided to use several factors to judge these two games. All of these are of the utmost importance when playing any turn-based strategy title. These are: 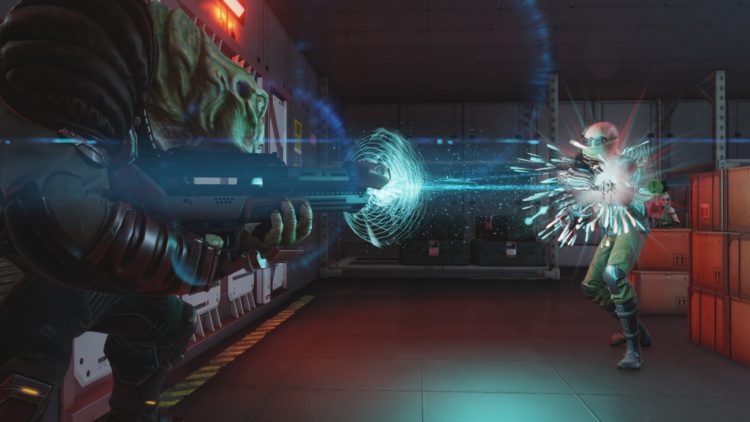 1. Campaign: Which game has the better story?

Gears Tactics is a prologue; it’s set before the events of the first Gears of War. XCOM: Chimera Squad, meanwhile, is a direct sequel to XCOM 2, a future where Advent has been defeated and humans and aliens are trying to co-exist in an uneasy peace. Both these titles feature somewhat linear campaigns where you complete one mission after the other.

In the case of XCOM: Chimera Squad, you’ll need to choose a faction to investigate, complete a few missions, take down that faction, and then investigate the next faction. Gears Tactics will have you do a story mission followed by a couple of side missions, then another story mission.

With both campaigns lasting just around 30 hours, the only distinction would be the plot or the narrative threads that hold everything together. In this case, Gears Tactics edges out XCOM: Chimera Squad. This is primarily due to a no-nonsense approach where you’ll have to find the means to take down the Locust geneticist Ukkon, all while meeting characters that’ll become integral to the Gears of War universe later on. 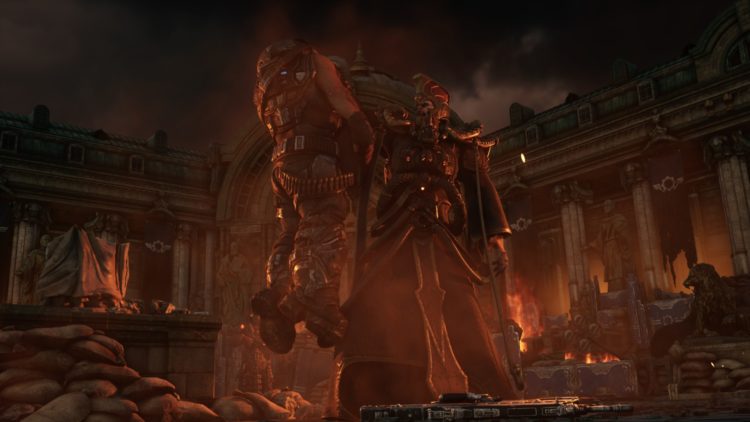 2. Roster: Which game makes you feel more attached to your characters?

Even if Gears Tactics does have the story advantage thanks to some of its main characters, it falls flat when you’re looking for a reason to feel attached to your soldiers. This is one facet that’s also important in turn-based strategy games. In some cases, many of us remember a lowly trooper who took part in a lot of missions, racking up countless kills, only to sacrifice themselves during battle. Just as well, there are those who survive from beginning to end.

That part is missing in Gears Tactics simply because of how character recruitment works. You’ll gain new soldiers to recruit and they often have higher levels compared to the units you’re trying to build up. You can even assign their skill points freely. In the end, you’ll be getting rid of your low-leveled soldiers simply because newer ones will fill their shoes quickly.

Comparatively, in XCOM: Chimera Squad every character feels integral because they are integral. Each of the game’s 11 characters feels unique and do more than just fulfill their own roles in the team. Sure, you might prioritize a few high-tier characters over others, but it’s not like you’ll suddenly get rid of the ones you have no use for. 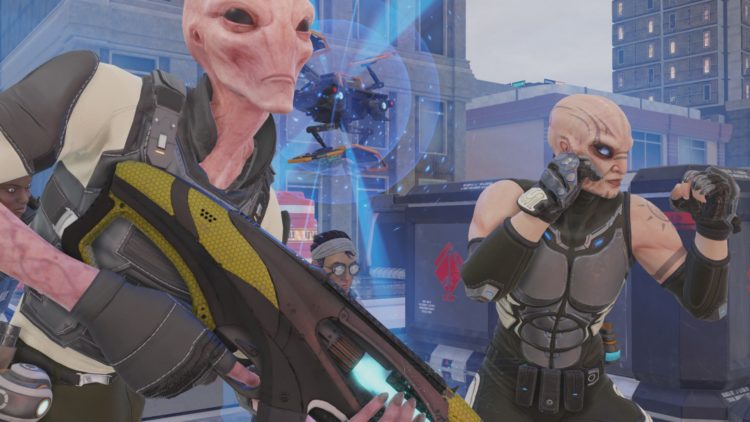 Even if your characters are awesome and you love their banter, it won’t really mean much if the enemies arrayed against them are forgettable. Sadly, that’s what you’ll see in XCOM: Chimera Squad. Each faction has its complement of vipers, mutons, robots, psionically-gifted rogues, and other aliens, but most aren’t distinguishable as anything other than cannon fodder.

This is where Gears Tactics completely eclipses its rival. You’ve got a dozen or so Locust enemy units that fans have become familiar with, and there are even a few ones genetically engineered by Ukkon. Each one has its own capabilities from the exploding Tickers and Sniper Drones that pin down your allies to the deadly Theron Guards and ghastly Zealots. And, of course, you’ve got the bosses that punctuate the conclusion of each of the game’s three acts, such as the hulking Brumak. These boss fights have unique mechanics and multiple phases, designed to test your endurance and tactical know-how. 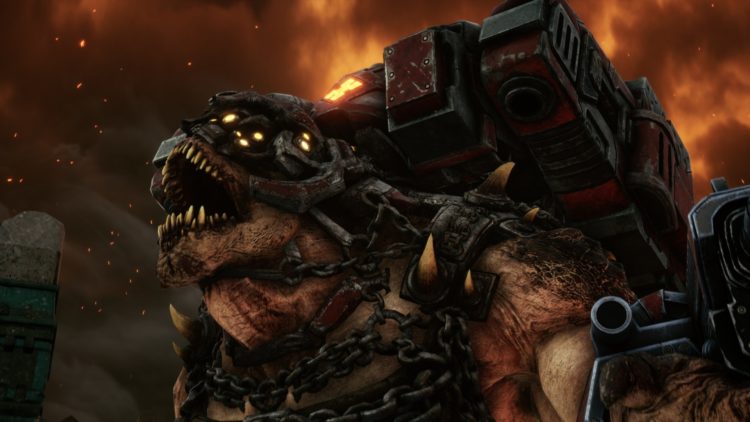 4. Environments: Which game has better maps?

While many may find maps inconsequential, they’re very important to me when playing strategy games. It’s one thing to fight cool enemies or complete mission objectives. It’s another to feel that you’re visiting new areas that break the monotony. Sadly, this is where Gears Tactics falls flat. The game only has a handful of environments and tilesets and, by the time you’ve reached the third act, you’d have seen them all. There are only a select few that are unique (such as a bridge battle or the aforementioned boss fight arenas). Outside of these, you’re looking at ruined village #325 or ruined factory #187.

XCOM: Chimera Squad, though, breathes some fresh air in almost every mission you tackle. I knew that I’d probably encounter the same enemies and the same objectives whether I played a side mission or a critical one. However, the fighting takes place in a wide range of areas, such as a rooftop, a foundry, or a laboratory. 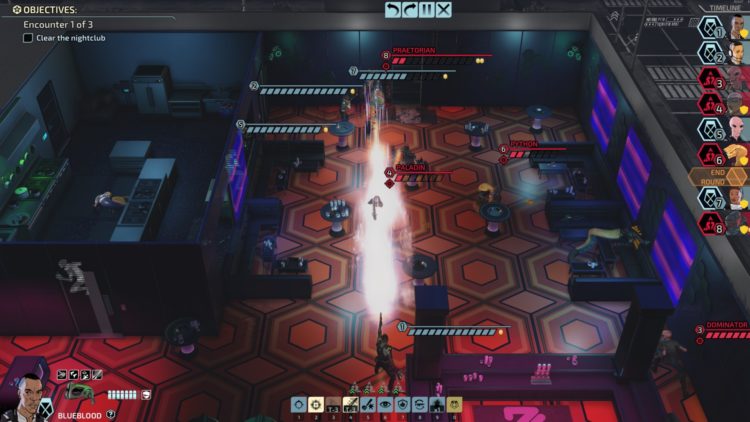 This is a very broad category that both Gears Tactics and XCOM: Chimera Squad excel in. To be fair, the XCOM franchise has been around for so long, and Firaxis has mastered the art of the genre. Likewise, XCOM: Chimera Squad aims to provide a refreshing and unique take on the formula by way of Breach Mode, encounters, and the turn order system.

All three of these concepts mesh well together. Breach Mode has you entering a new room to get the jump on enemies, at times eliminating them before the turn starts. There are also buffs and debuffs corresponding to a given breach point. Once you’ve made your way inside, that’s when the encounter starts. And then a quick firefight erupts where you and your enemies take turns. Given that it uses the turn order system, only one unit is allowed to move at any given time. Although, you could use some amazing character skills and perks to defeat more baddies and clear the area. 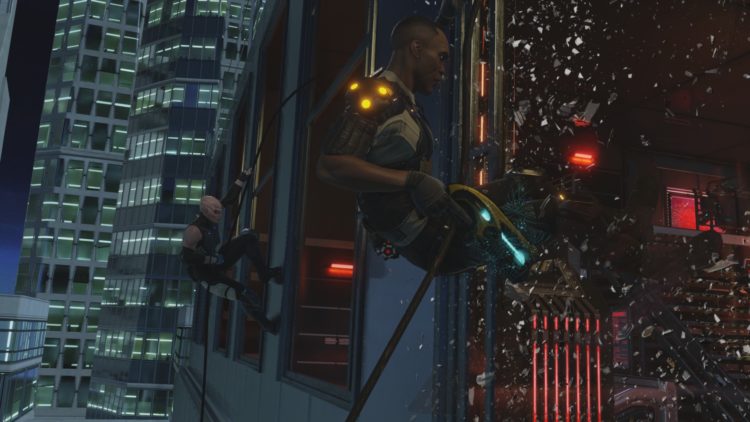 Still, Gears Tactics gains an advantage here because it manages to think outside the box. The XCOM franchise, XCOM: Chimera Squad, and many other games that are part of the genre, often rely on using your limited action points (AP) to plan your moves. Gears Tactics follows the same general concept, but the focus is on extending each character’s turn by gaining more AP. There are numerous skills that give your select unit (or all your teammates) additional AP, even executions using bayonet charges and chainsaws do this.

You’re presented many tactical options whether you’ve got a squad of four soldiers or you’re restricted to only one, all because the goal is to keep extending your character’s turn while killing hostiles. It creates a fast-paced and action-packed gameplay loop that’s far removed from the slower and more methodical approach of other games in this genre. 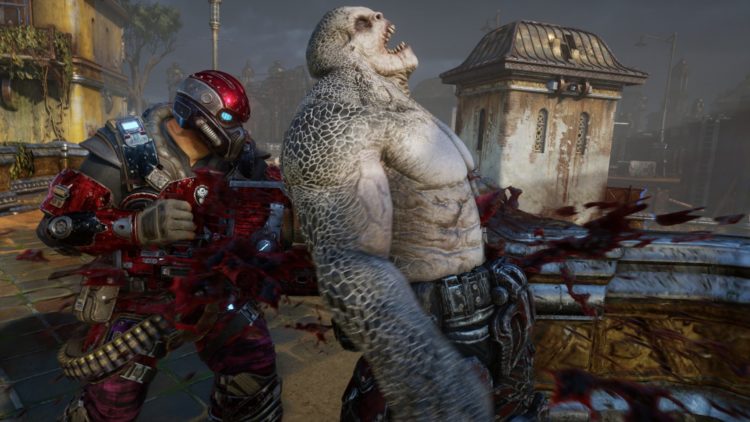 This, in itself, is also a very broad term that encapsulates mechanics such as base-building. XCOM: Chimera Squad has these in spades whether it’s completing research and spec ops projects, buying game-changing epic weapons from the Scavenger Market, or just managing City 31’s unrest and anarchy using your field teams and intel resource.

What about Gears Tactics? Well, it has none of these features at all. I guess that’s why the word “tactics” is emphasized in the game’s title and not “strategy.” 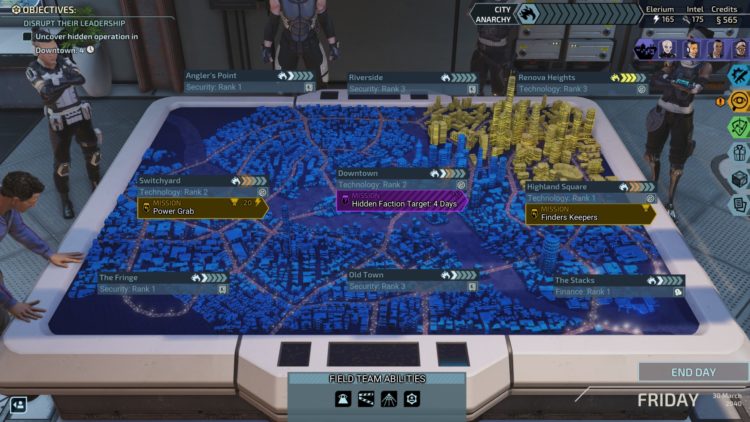 Both games received the same review score and both games are now tied. I guess the only other factor we can look at would be something that’s relatively important especially in these trying times — the price:

In the end, however, the choice is still up to you. Both Gears Tactics and XCOM: Chimera Squad are worthy titles in the turn-based strategy genre. You might put in the hours to enjoy one (or both) just as I have, and, in that case, I hope you have fun while playing. 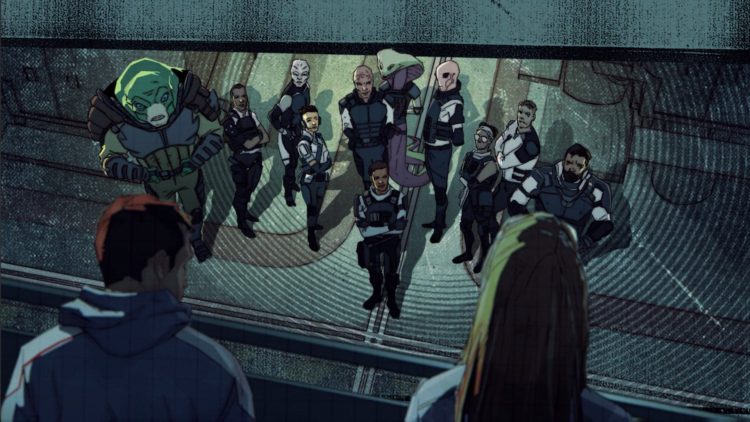 By A.K Rahming22 hours ago
Features