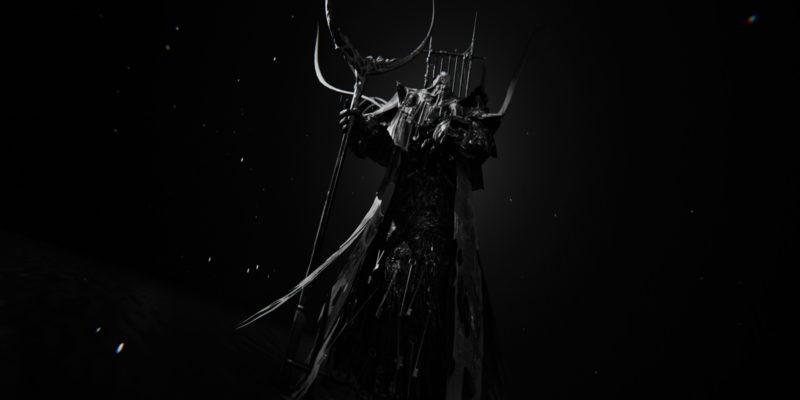 The Deacon is the second boss in Othercide, and he’ll make you pray for mercy. The battle is somewhat tough, but a little preparation, especially after the Surgeon fight should carry the day. Here’s our boss guide to help you out. 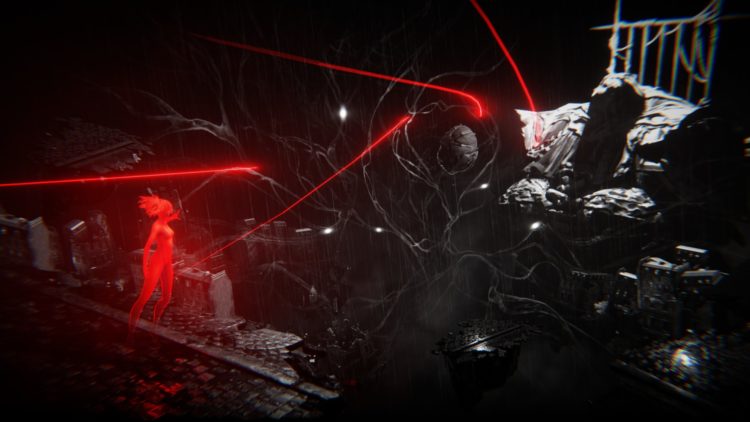 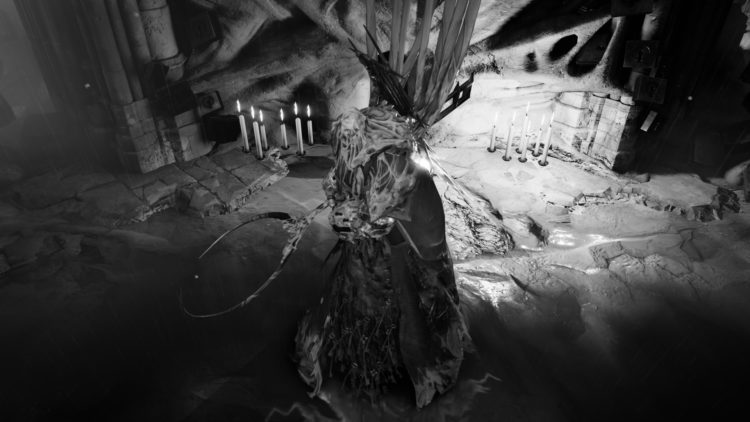 The Confession mechanic will be the most important factor in Othercide‘s Deacon boss fight. More often than not, it’s your Soulsingers that’ll become the “penitent” character since they’re ranged classes. That also means the remaining three Daughters won’t be able to do much. 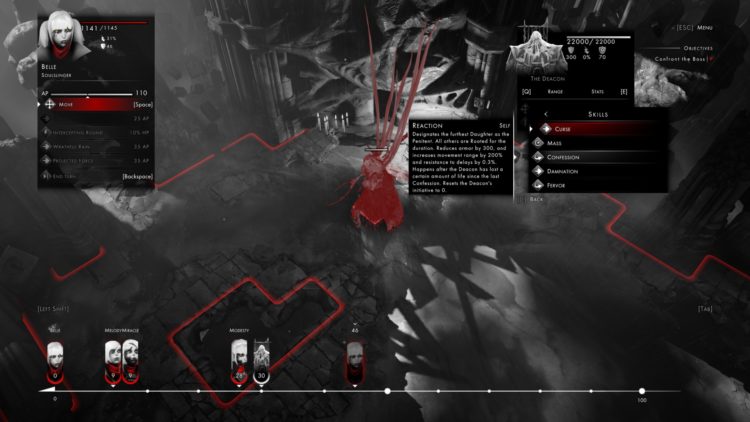 Once the Deacon boss goes below 50% health, he’ll switch to phase two and gain new abilities:

Liturgy is extremely deadly due to its wide coverage (seen below). If the boss uses Confession and multiple Daughters get rooted, or some entered a burst status and can’t take their turns yet, it’s highly likely that they won’t be able to move away from this. 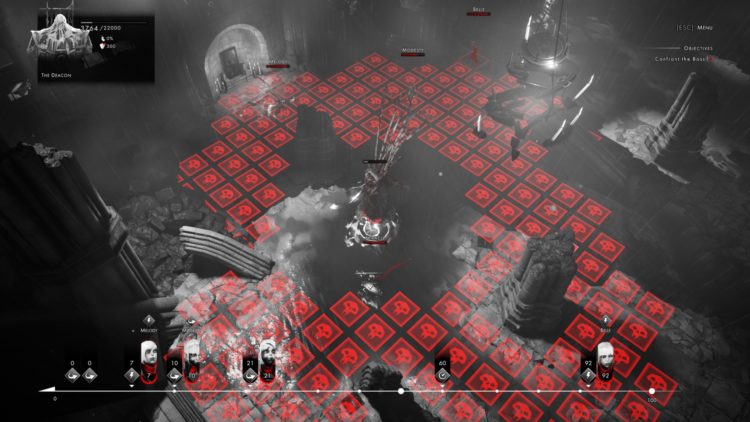 If possible, make sure that your Shieldbearer is further back at the beginning of this Othercide boss fight. This ensures that she’ll become “penitent” and thus be able to move and, eventually Slam to boss to delay him. Your Soulsinger/s, meanwhile, should keep doing their ranged shots, but be careful not to enter a burst state. Don’t forget to use Intercepting Round and Shadow Round when necessary. 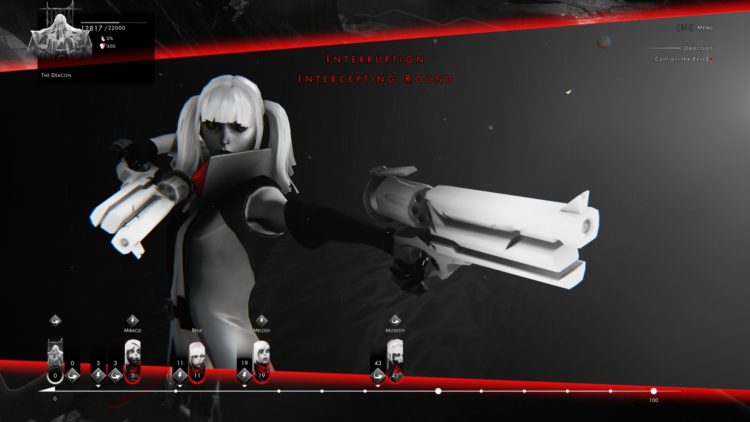 As for your Blademaster, if you’ve unlocked Accepting Stance, she can gain a buff like the Soulsinger’s Spirit Haste. This will proc a free melee attack and probably trigger additional hits from Shadow Round. 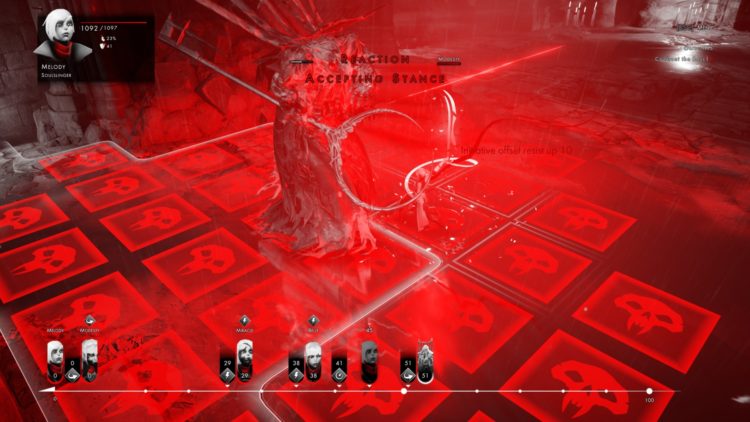 When you’ve sent the Deacon back to his confession box, you’ll be given a couple of Remembrances. The Heavy Key allows all newborn Daughters to start at level 7 and the Clock Key lets you skip an additional era. This stacks with the Buried Gear Remembrance from the Surgeon boss fight (so any new recollection/restart will have you begin in chapter three). 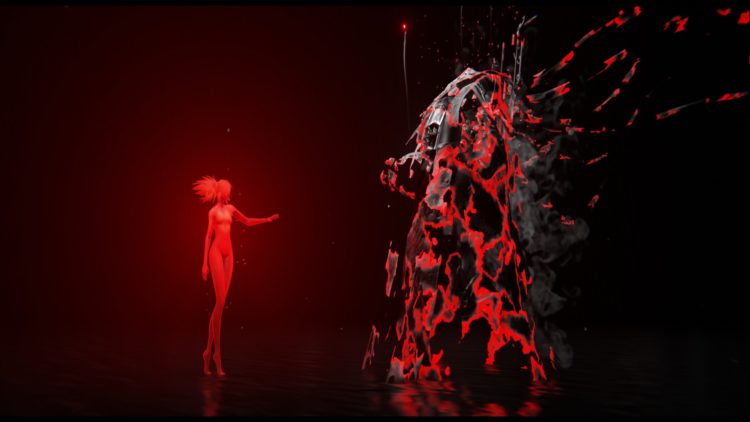