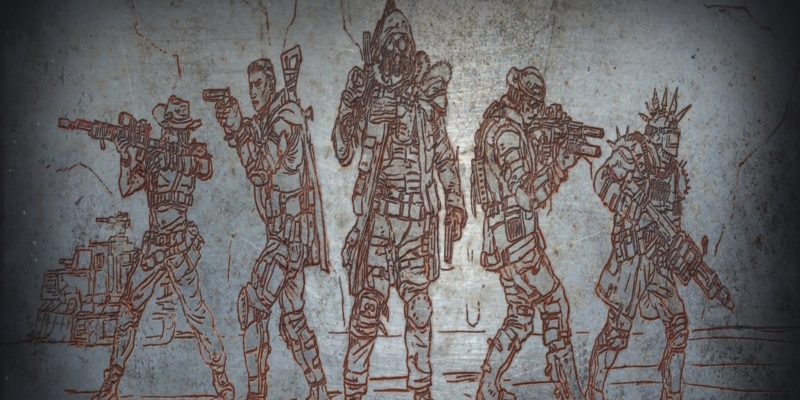 All journeys must come to an end eventually. Here’s our endings guide that shows you various epilogues I’ve obtained during my Wasteland 3 playthrough.

Note: Please be reminded that this guide will have major spoilers. 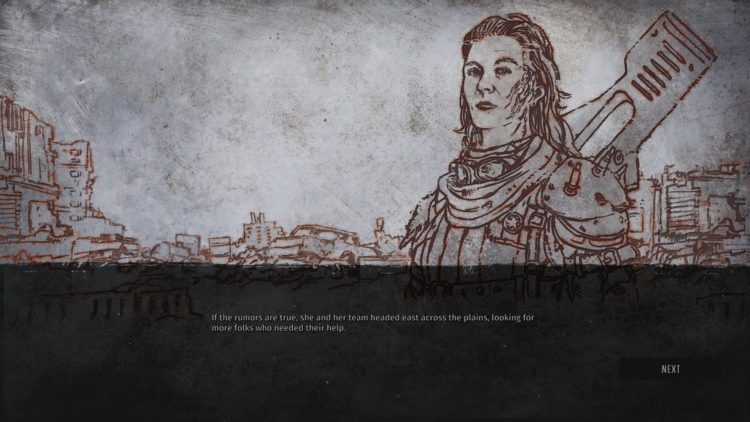 For the sake of clarity, I consider an “ending” to be the overall arc or major conclusion to Wasteland 3‘s storyline. “Epilogues,” meanwhile, are snippets of information about certain characters or factions that follow certain endings.

Note: The outcomes might be different given your choices throughout Wasteland 3‘s campaign.

How to obtain: When you meet Morningstar in Union Station, keep trying to “fix” it. 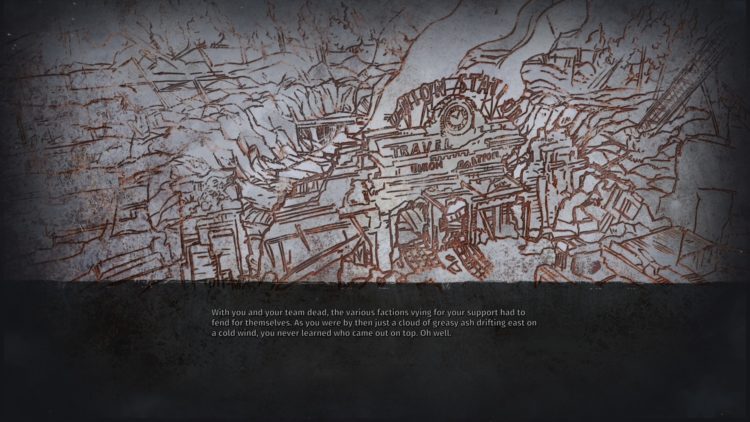 How to obtain: Before taking out Liberty Buchanan, visit the Patriarch’s Palace and defeat Colorado’s head honcho there.

Result: Without the Patriarch to lead Colorado Springs, Liberty’s gangs overrun the city. Chaos and destruction followed. The people of Colorado rue the day the Desert Rangers arrived. 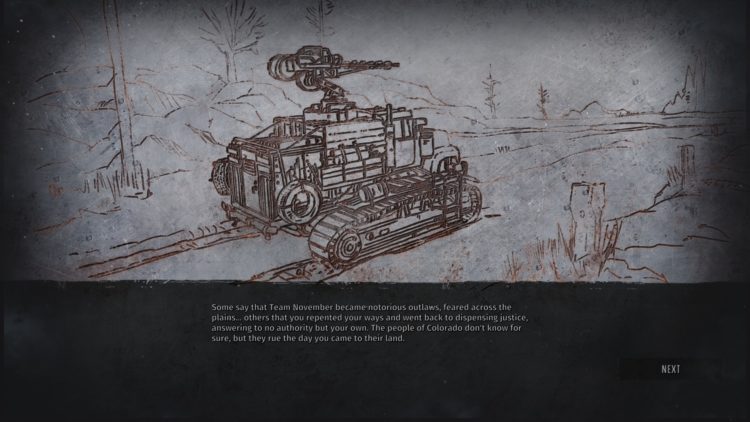 How to obtain: While confronting Liberty Buchanan, choose the Kiss Ass 10 option. Then, suggest to her that the Rangers’ Team November could become part of her army. She’ll agree as long as you don’t have Vic, Lucia, or Ironclad Cordite in your party since they will be eager for a fight instead.

Result: With Team November as part of Liberty’s forces, the Patriarch’s troops are decimated. She lets her father live and parades him in a cage wherever she goes. No one knows what happened to the Desert Rangers in Arizona since they received no aid. 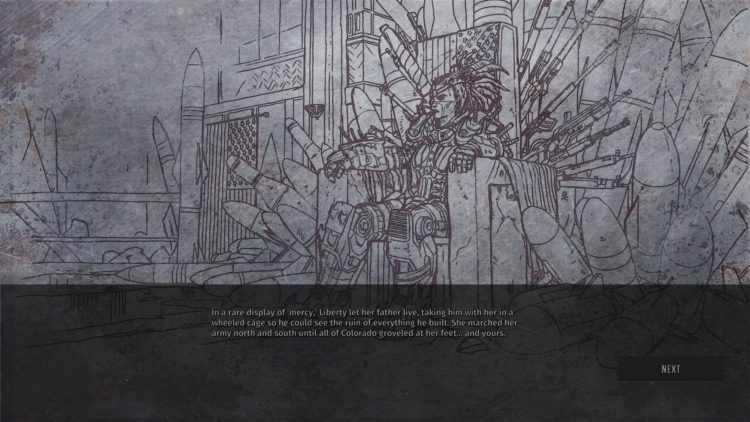 How to obtain: While confronting Liberty Buchanan, choose the Hard Ass 10 option to make her surrender immediately. Alternatively, pick Nerd Stuff 10 to sabotage her robots and engage her in battle (with an advantage). Defeat and then arrest (or kill) her. Once you return to the world map, choose to side with the Patriarch, and complete the final chapter.

Result: Colorado retains stability thanks to your help. You can either stay here or return to Arizona. Still, the Patriarch keeps his promise by sending supply convoys to the Desert Rangers as often as possible. You’re given options on what to do with Angela Deth and her squad such as executing or exiling them from Colorado. You’ll also see how the Patriarch reacts to Liberty Buchanan assuming she’s still alive. 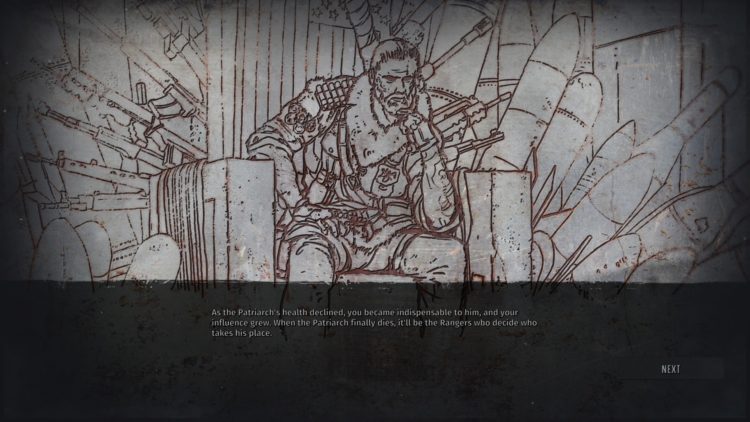 How to obtain: Rescue Ironclad Cordite and complete his quest to unite the gangs in Yuma County. Then, while confronting Liberty Buchanan, choose the Hard Ass 10 option to make her surrender immediately. Alternatively, pick Nerd Stuff 10 to sabotage her robots and engage her in battle (with an advantage). Defeat and then arrest (or kill) her. Once you return to the world map, choose to side with Angela Deth, and complete the final chapter.

Result: You have several options on what to do with the Patriarch: exile, execute, hold a trial, or throw him to the mob. Angela Deth will also ask you if you wish to stay in Colorado or return to Arizona. If you decide to stay in Colorado, you can ask the remaining Desert Rangers led by General Woodson to travel to this new state as well. 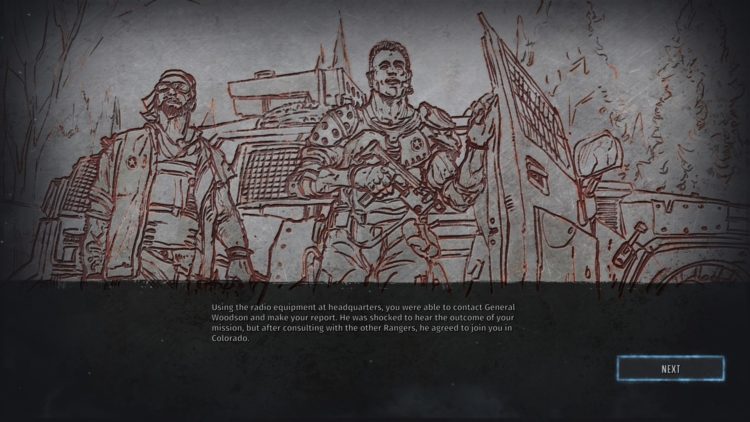 The epilogues for some unique characters will be different depending on the choices you’ve made especially during Wasteland 3′s final act. 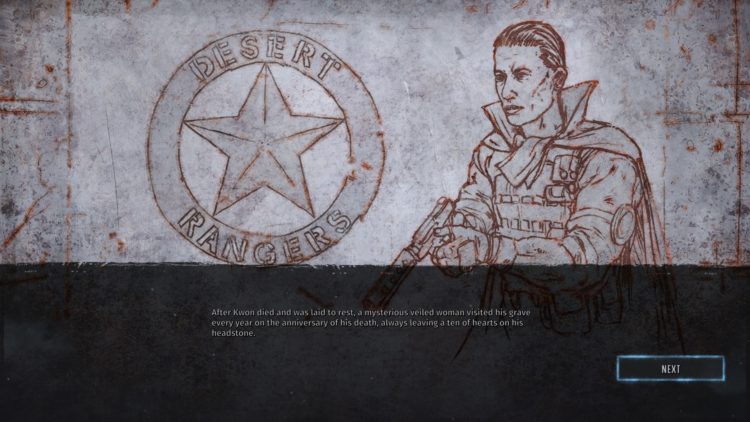 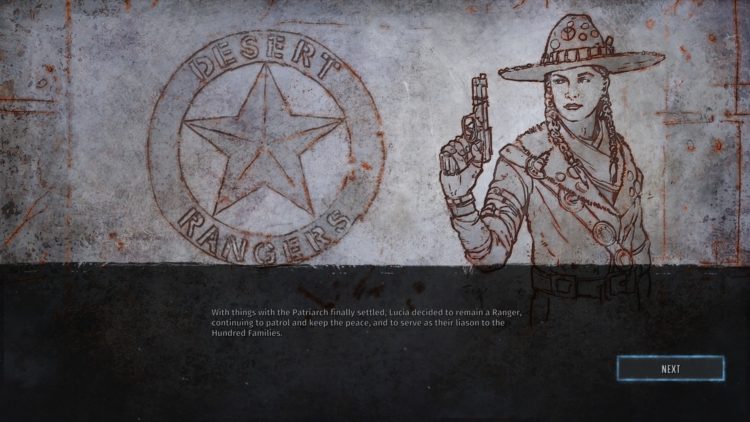 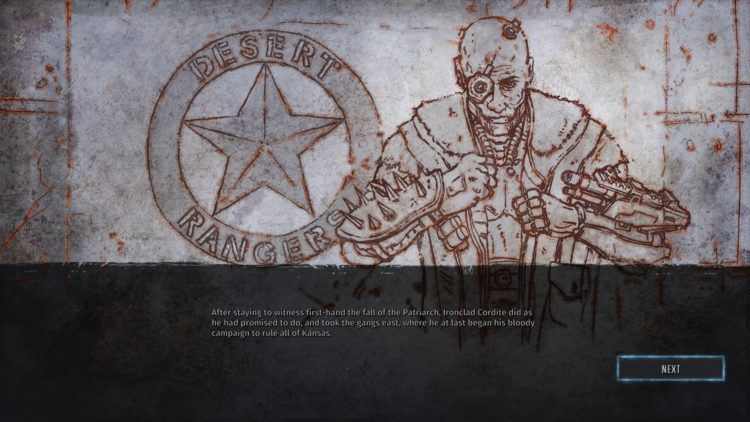 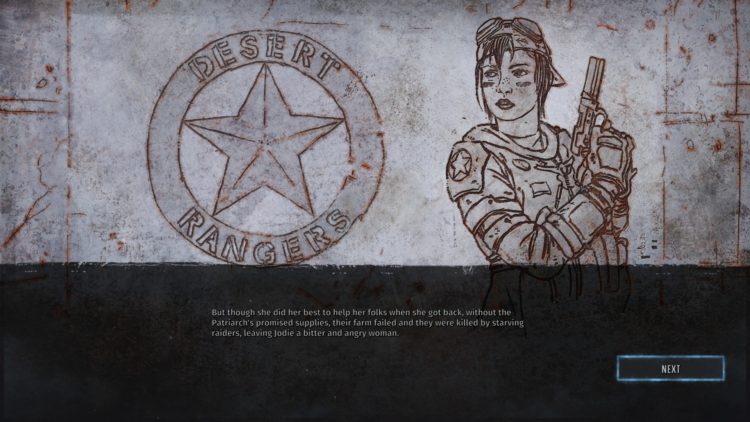 Pizepi Joren – She’ll still remain as a valuable member of the Rangers.

Angela Deth – Depending on your choices during the final act, you’ll find out what happened to Angela Deth and her troops. 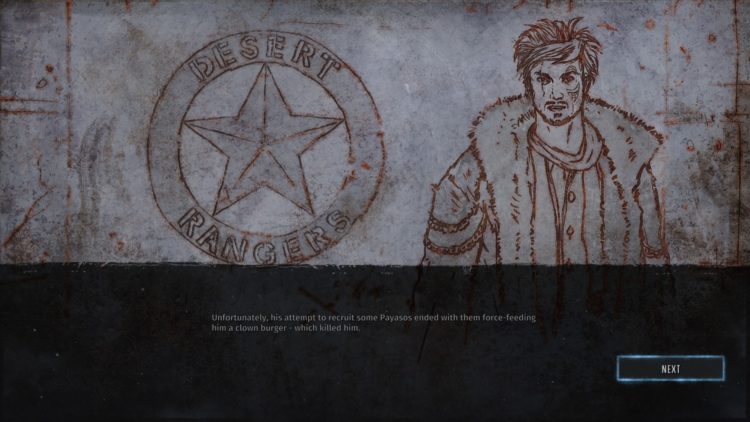 You’ll also see a few epilogues related to the factions and locations you’ve encountered in Wasteland 3. Here are some examples: 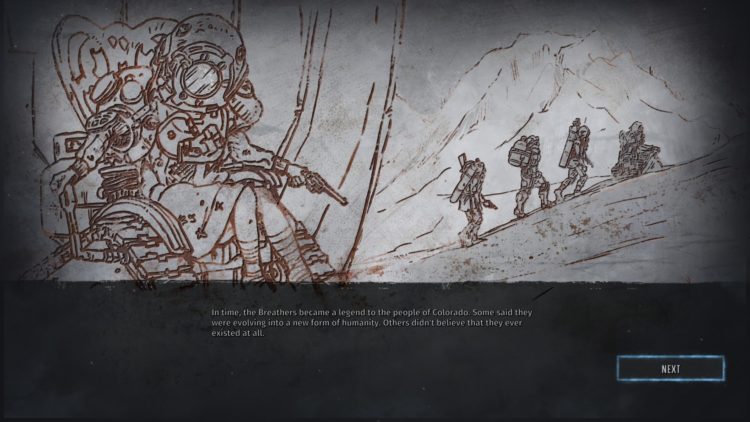