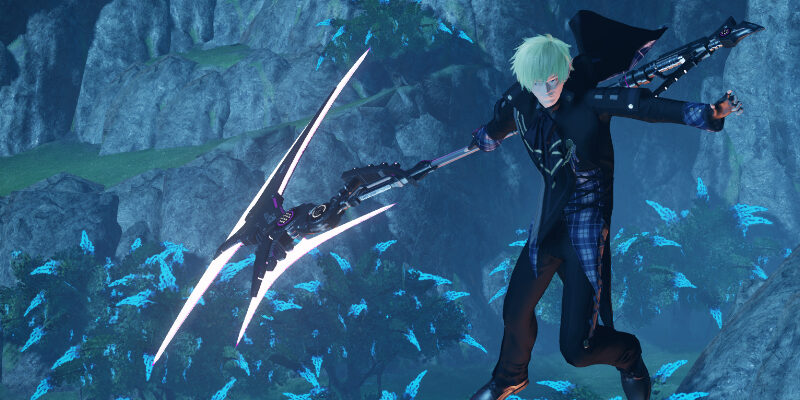 There are six classes in Phantasy Star Online 2 New Genesis, all with their own unique playstyles. Understanding how these classes interact and how to get the most of them is vital in becoming the best player possible. This guide focuses on the game’s magic bending DPS/support hybrid class. In PSO2 New Genesis this unique role is filled by the Force class.

This is a long-range weapon exclusive to the Force class. Interestingly, the rod doesn’t have access to any offensive Photon Arts and instead relies purely on Techniques to deal damage. As techniques are PP intensive, rod users need to take advantage of the many PP recovery options made available to the Force class. 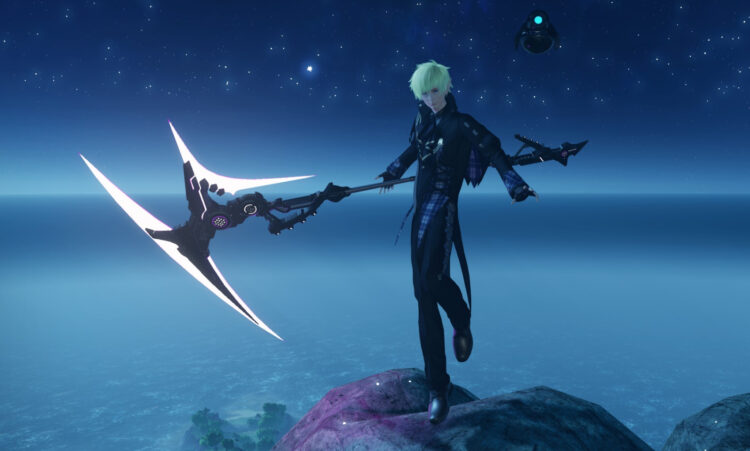 The rod’s weapon action is React. Similar to the sword’s weapon action, it is a timing-based parry that can negate an enemy attack. If an attack is parried successfully, the user will become immune to damage for a short period of time. As Force players will be standing some distance away from enemies, it’s easier to anticipate and parry attacks compared to most other classes. 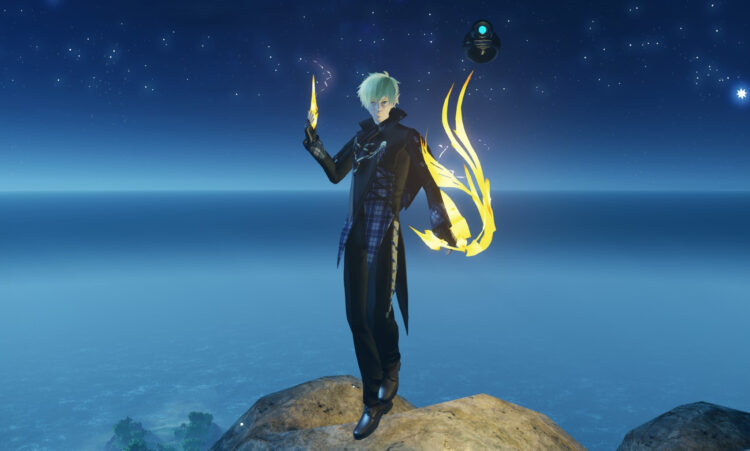 Talis users get access to its weapon action, Bloom. When used, Bloom places down a stationary turret that automatically fires at any nearby enemies. It can be canceled by either reusing the weapon action in a different location or moving far enough away from the turret. This doesn’t deal too much damage, but it is an effective tool for passively regenerating PP.

It’s thanks to Force’s unique class skill PP Conversion, that Force is one of the most popular subclasses in PSO2 New Genesis. When activated, it takes a small cut out of your health but grants up to 700% PP recovery rate in return. This is the best PP recovery option currently available in the game and should be used as often as possible. To make the most of this, be sure to purchase PP Conversion Increase which gives PP Conversion a second charge before going on cooldown.

Another top-tier skill exclusive to Force is Photon Flare. Unlike PP Conversion this can only be used when Force is selected as your main class. When activated, it boosts weapon potency by 20% and increases total PP by +50. This is effectively a better version of the Fighter’s Overload skill. 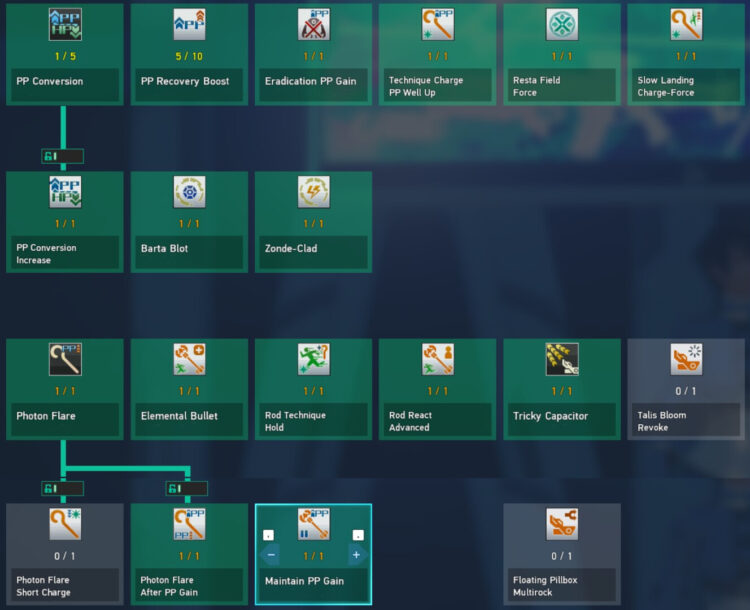 I’d recommend picking up Resta Field Force early on. This is an excellent support skill that makes it so that any Restasignes used also heal nearby teammates. This is nice for boss scenarios where parties are often clustered up focusing on the same enemy.

Quality of life skills like PP Recovery Boost, Eradication PP Gain, and Technique Charge PP Well Up should be purchased as these improve overall DPS. As Techniques use a lot of PP compared to Photon Arts you must use as much PP recovery as possible. Fortunately, the Force class is better covered in that category than other class in PSO2 New Genesis.

As the rod doesn’t get access to any Photon Arts, we’ll be discussing Techniques instead. There are a total of six Techniques usable with the rod, including two for each element: fire, ice, and lightning. Most enemies will have an elemental weakness, which is shown below an enemy’s name and level. For bosses, you should always make an effort to use a Technique that takes advantage of this weakness.

However, focusing on weaknesses for PSE Bursts and other scenarios where there are a lot of enemies is unnecessary. Instead, Gizonde should be used to place down an electrical field that constantly damages enemies in it. Once placed, switch to Zonde to deal as much burst damage as possible. Be sure to purchase the Zonde-Clad skill to further strengthen electric Techniques. The Barta Blot skill provides similar onuses for ice Techniques. 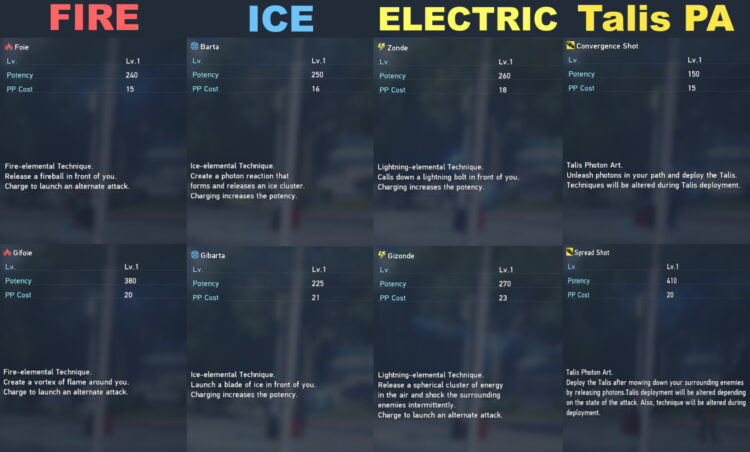 A lot of that same logic can be applied to talis, but there is one big difference. Before using Techniques either Convergence Shot or Spread Shot should be used first. These Photon Arts change how Techniques are cast. Convergence Shot changes them to be single target whilst Spread Shot gives them area of effect coverage. The former makes Techniques faster and less expensive PP wise whilst the latter makes it easier to hit multiple enemies at once.

If fighting bosses you should use Convergence Shot to maximize single target DPS. For PSE Bursts and other areas where mob farming is useful it is better to set up with Spread Shot. Talis users can either use the same recommended Techniques as rod or switch between different elements to take advantage of each enemy’s weakness.

Just like other long-range classes, like Ranger, it’s best to keep your distance from enemies whilst playing Force. This gives you extra time to react to any incoming attacks. With the rod, the extra time can be used to parry attacks easier whilst Talis users can reposition in advance.

Amongst the six classes in PSO2 New Genesis, none are as demanding of good DPS rotations as Force. Being able to manage your PP whilst using Techniques to deal damage is crucial to getting the most out of the Force class. You’ll want to try out various skills and Techniques to figure out which rotations work best for you. 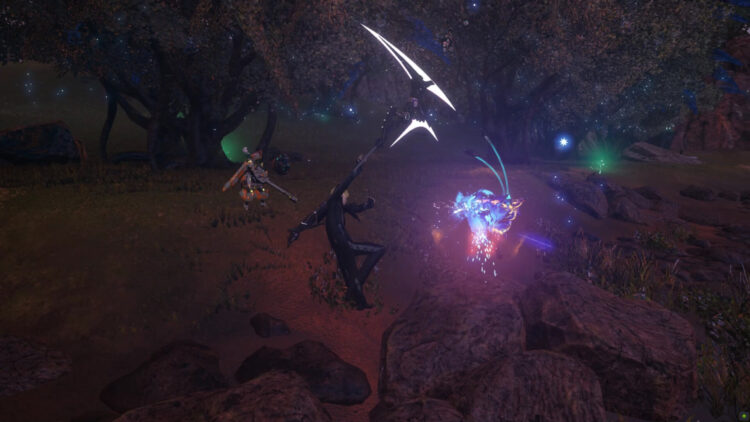 The support aspect of Force is based on the class’ ability to debuff enemies with Elemental Downs. After a certain amount of damage is dealt with an enemy’s elemental weakness, an enemy is downed and unable to move for a set period of time. This is separate from the regular downs achieved by inflicting a certain amount of non-elemental damage. Smart use of elemental damage can result in certain bosses being downed two to three more times than normal, greatly increasing your team’s potential damage. This is why it’s so important to take advantage of the elemental weakness of every boss fight.

As for equipment, I’d recommend attaching a Talis to an enhanced Rod via the multi-weapon mechanic. This enables the use of the rod’s superior weapon action without losing out on the talis’ versatility. Finally, as a backline class, you’ll spend a lot of time alongside rangers and techters. Be sure to resurrect any fallen teammates playing these classes as the closer range damage dealers and tanks will find it harder to do so.

By A.K Rahming21 hours ago
Guides