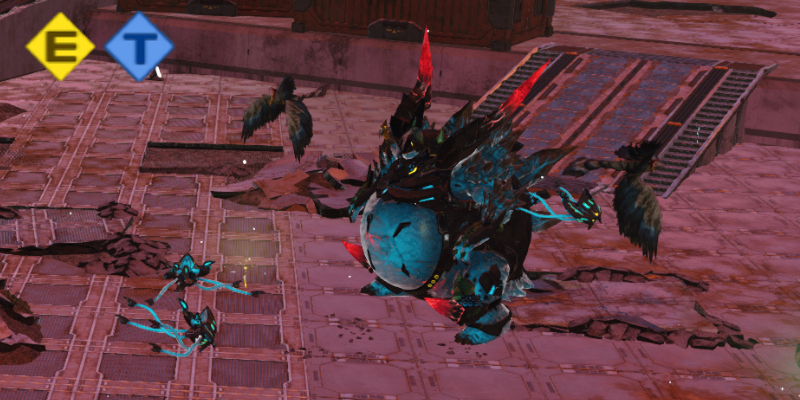 Of the many poorly explained mechanics in PSO2 New Genesis, PSE Burst somehow manages to top them all. Even three weeks after the launch of Sega’s popular MMORPG, many players still don’t understand how it works. Through no fault of their own, a lot of lower-level players are sabotaging lobbies due to their lack of understanding.

This is problematic, as PSE Burst grinding becomes several times more effective if done properly. Triggering a PSE Burst drastically increases the spawn rates of enemies. This means that experience rates are not only significantly higher during an active PSE Burst, but that players get more chances to receive rare drops. It’s important that players learn how this mechanic functions so that everyone can benefit from it.

How to trigger PSE Burst

PSE Burst is an enemy chaining mechanic in PSO2 New Genesis that can be triggered in three different areas. These are at Mt. Magnus, Vanford Laboratory Ruins, and Resol Forest. All three of these can be unlocked by completing various story missions.

After entering one of these areas, the PSE Burst meter will appear at the top left of the screen. It has five different tiers that can be leveled up or down whenever an enemy is killed. Every enemy has a random chance to either raise or lower this meter. 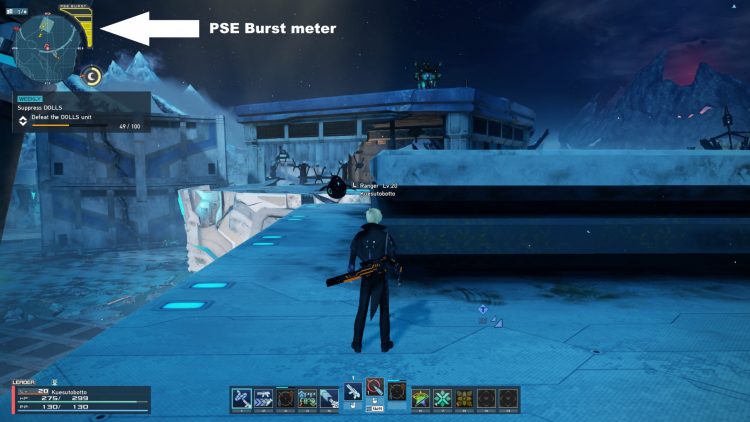 The PSE Burst meter will only appear when inside one of the three designated areas.

In the original PSO2, triggering a PSE Burst was purely luck-based. You killed enemies in a dungeon and hoped for the best. However, New Genesis has introduced two methods for removing some of the RNG from this process.

These areas have specific zones marked by either E or T letters. E stands for effect, while T stands for trial. Effect zones move around continuously, regardless of how many enemies are killed. In contrast, a trial zone will not move until it is completed. 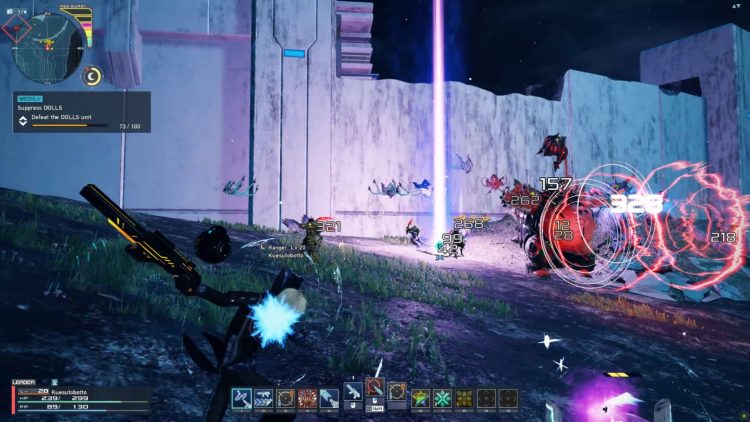 Once a PSE Burst ends, a PSE Burst Climax begins. This will spawn a boss which can be killed for a sizable experience drop and an improved chance of rare loot.

The best method of leveling up the PSE Burst meter is to religiously follow both effect and trial zones whenever they spawn. Even if you get to a new zone and it immediately moves, it is still better to follow it and not continue killing enemies. Killing enemies outside of these marked zones makes it more likely that the PSE Burst meter will drop down a level.

Alternatively, there is another method that can work too. If a trial is completed with at least four bars filled on the PSE Burst meter, a PSE Burst will always be triggered. Since trials in PSO2 New Genesis don’t move until finished, a player can farm mobs outside of them until the PSE Burst is filled up. After filling the meter, simply complete the trial. This is more RNG-dependent, but can still be efficient if a powerful area of effect photon art is used to kill large groups of enemies quickly. Two examples of good photon arts to use are the assault rifle’s Homing Darts and the wired lance’s Vane Mixture.

Call of Duty: Warzone patch tweaks some weapons and barrels