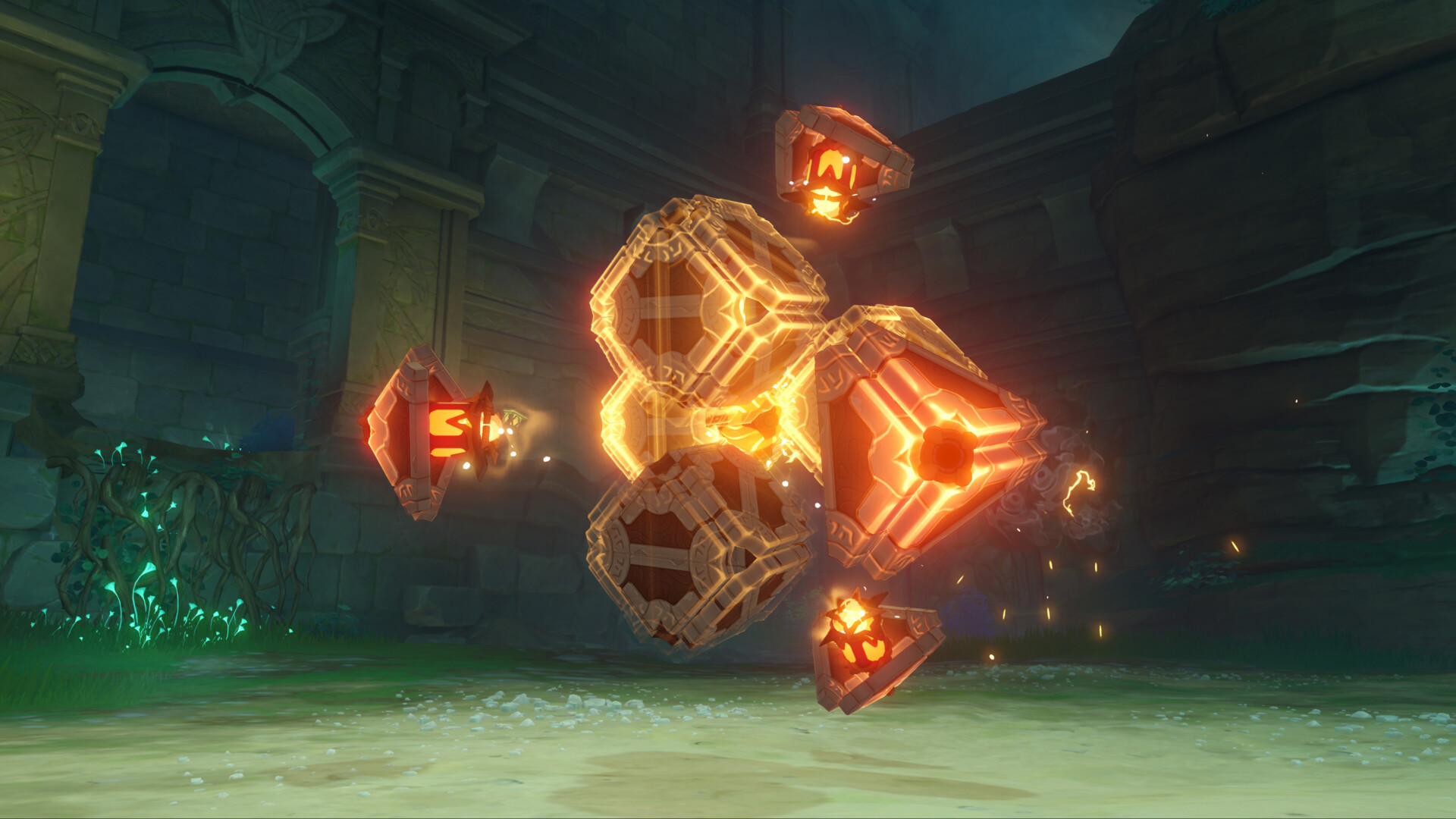 To find the Perpetual Mechanical Array, you’ll need to go Jinren Island (which is further north of Narukami Island). Tag the fast travel point there, then make your way to the larger landmass.

Look above you and you’ll spot a portal. To reach it, use the Thunder Sakura Bough to obtain Electrograna. Then, keep grappling (“T”) until you can go through the portal. 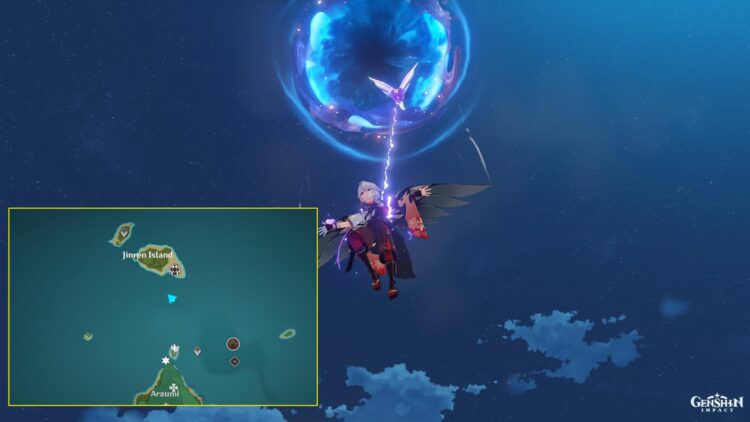 The Perpetual Mechanical Array has several attacks denoted by how its own body transforms: 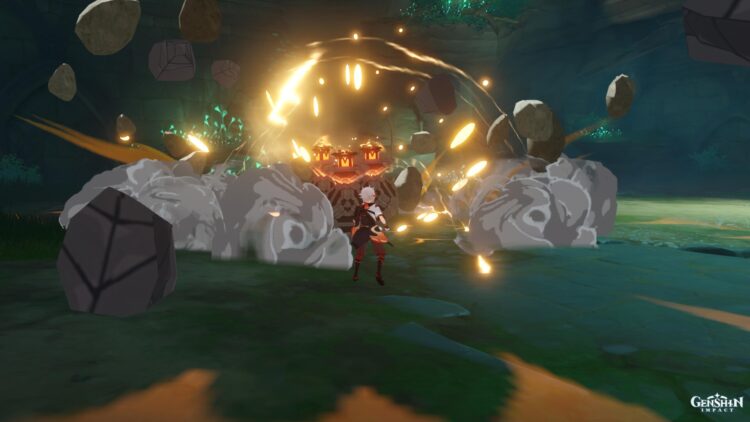 The Perpetual Mechanical Array’s transformations make its movements very erratic. Still, you can continue to damage it (i.e., using Ganyu’s charged shots). However, after a few seconds, it will activate its “Defense Mode.”

When this happens, you won’t be able to hit the boss. Instead, it’ll spawn at least four smaller Ruin-type machines. There’s always a mob that has an HP bar, and it’s the one that you need to destroy. 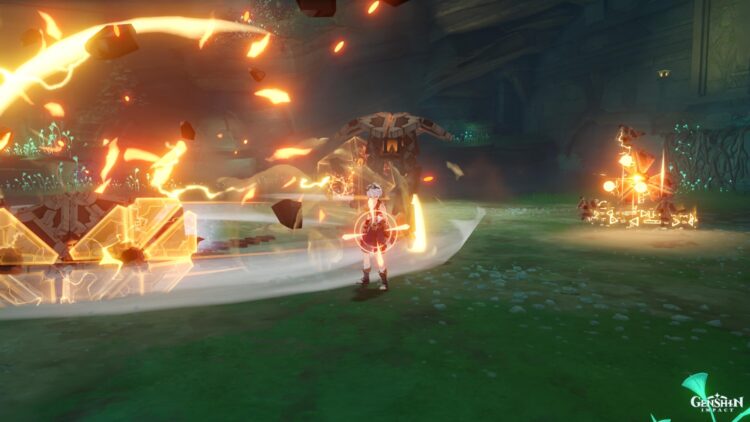 After the target is destroyed, the boss will become weakened and stunned for several seconds. This is actually when you want to nuke it (i.e., using bursts and skills from Kazuha, Klee, Hu Tao, and others).

With decent DPS, you should be able to defeat it soon. 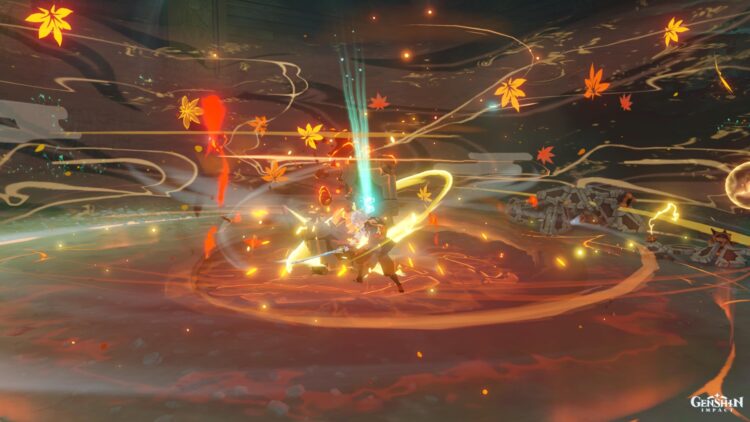 You can spend 40 resin to collect your loot which will always have the Perpetual Heart. This material is used by Ayaka for her ascension, so you’ll definitely want to farm the Perpetual Mechanical Array if you wish to level her up.

Note: One last thing, there are two pathways that lead to a domain and a fast travel point. To reach this secret area, you’ll need to go to Araumi since it’s part of the Araumi Sacred Sakura Ritual quest. 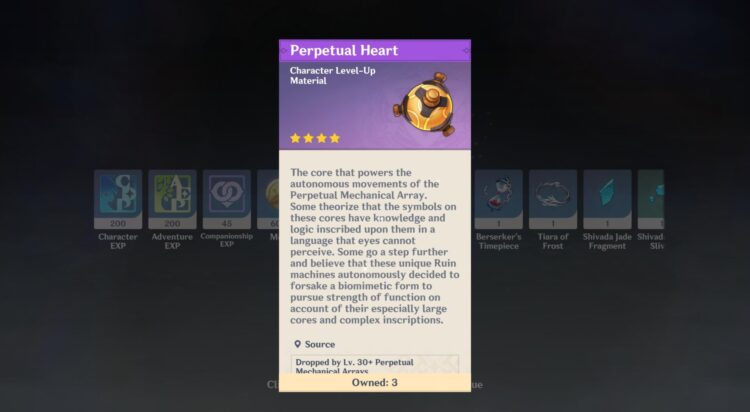