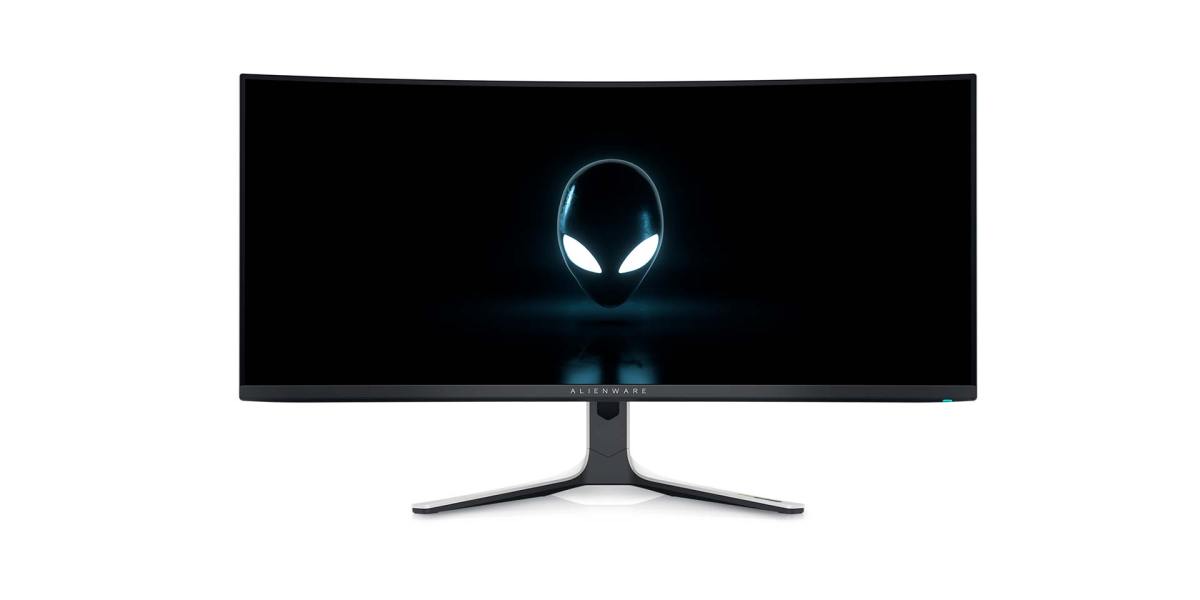 When we hear about OLED display panels, we typically think of two synonymous things: LG, one of the leading manufacturers of OLED technology, and huge TVs. The cost of OLED displays and the larger sizes these panels typically only come in has severely limited gaming monitors to older, yet proven technologies like IPS panels. It seems the tides may finally start to turn though, which last year’s Gigabyte OLED monitors began to hint at. At CES 2022, Alienware announced a new 34-inch high refresh 1440p gaming monitor featuring a Samsung OLED display.

This announcement marks Alienware’s first QD-OLED gaming monitor, and this thing is spec’d out to impress at that. Aside from its Quantum Dot rating that confirms excellent color accuracy, the display is also capable of 175Hz in 1440p and boasts a minimum response rate of 1ms. For the curvature of the display, it’s a less aggressive 1800R curve — perhaps a good entry point for those coming from flat displays.

The only downside — from what we can tell — is the potential cost, since it incorporates the OLED technology. Seeing how the price has yet to be revealed, Alienware owner Dell is likely trying to let the features sell it rather than the wallet appeal for now.

It’s nice to see Alienware pushing something exciting in the gaming space again, as it was once the de facto premium gaming brand. Anyone interested in this monitor will also be glad to know the display features full tilt, swivel, and height adjustment control along with some LEDs (of course) on the rear side. The only downside for the technical specs at the time of writing is the omission of an HDMI 2.1 port. Users will have to settle for HDMI 2.0, which lacks the bandwidth to keep up with the monitor’s 175Hz refresh rate in 1440p. Users will want to use a DisplayPort connection to take full advantage of this monitor. Additionally, the monitor will support Nvidia G-Sync to combat screen tearing without the cost of too much latency. The monitor will also include two 14W integrated speakers, which is impressive compared to most.

There are sure to be more interesting  monitor announcements at CES throughout the week. Samsung already lifted the veil off its 240Hz 4K Odyssey Neo G8 gaming monitor last week. Perhaps that’s an indication of what’s to come.