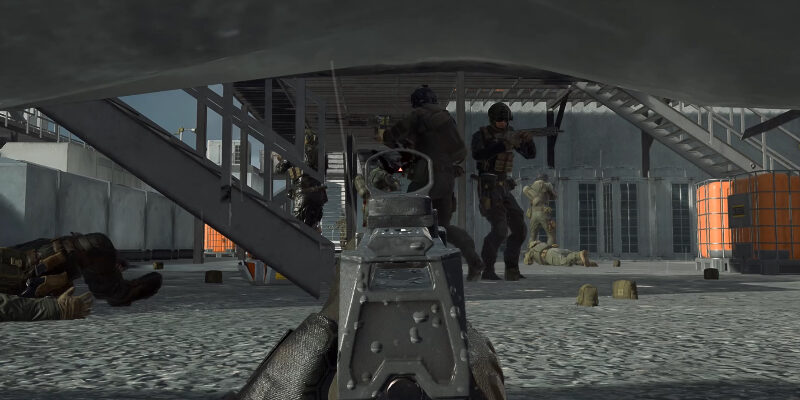 Most of the progression in Battlefield 2042 is tied to your overall level. This includes gadgets, equipment, weapons, and even specialists. However, there is an exception to this rule. Unlocking attachments for your weapons requires weapon XP, which is based on how many kills you’ve earned with a specific weapon. When playing normally, this can take a while. Thankfully, there is a method in Battlefield 2042 to level up guns and earn weapon XP fast.

Note: For more information about EA’s popular FPS, check out our Battlefield 2042 guides and features hub.

First, you’ll need to select All-out Warfare from the main menu. Once done, the next step is to select “Change gamemode,” and then “Solo & Co-op.” Follow this up by choosing Breakthrough and changing the map to Kaleidoscope. This can be done by pressing the F key whilst hovering over Breakthrough. The A.I Soldier difficulty setting should be left on beginner.

An example of a suitable loadout for unlocking attachments for the SVK designated marksman rifle.

Now, head over to loadouts and make a class that features the gun you want to level up. In order to receive fast weapon XP for this weapon, you’ll also need to take advantage of one of the gadgets in Battlefield 2042. The gadget you need to use is the Insertion Beacon. This allows you to respawn at any location on the map, which is essential for this method.

After setting up a suitable loadout, it is time to start the Breakthrough game. Unfortunately, we aren’t quite ready to begin grinding those attachments out just yet. Breakthrough is a game mode where the attacking team has to capture designated areas to proceed further into the map. It plays out like a hybrid game mode between Conquest and Rush.

The location for this method is at objective C1, which can only be accessed once A1, A2, and B1 are all captured. Capturing these isn’t too difficult, as the beginner AI is hardly challenging. But there are a few tips worth keeping in mind to speed the process up. 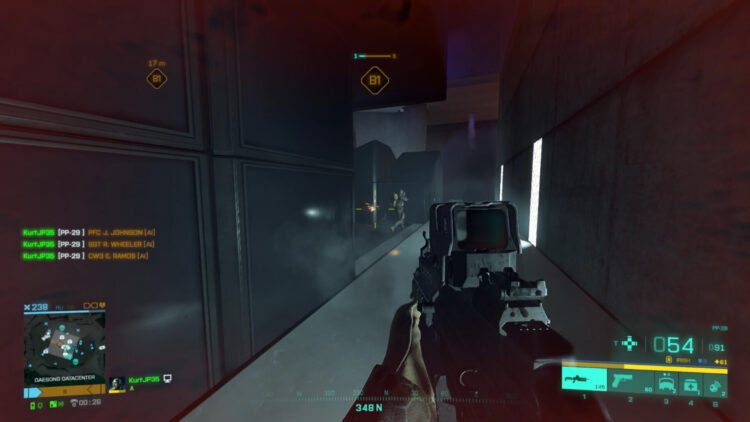 Both A1 and A2 can be pushed with vehicles. Because of this, it is best to spawn into the game with a hovercraft and drive onto or near each objective. Clear out the area with your vehicle’s weapons, and then capture the point. If your vehicle gets low on health feel free to jump out and finish the job with your primary weapon. I’d advise using either a submachine gun, assault rifle, or light machine gun for this step, as it’s easier to kill the large groups of enemies with an automatic weapon.

After these are captured, you’ll be able to move to B1. This is a trickier objective to secure due to its location. It’s inside and, therefore, a vehicle cannot be used. The best strategy I’ve found is to move quickly to the objective in a spawned vehicle before the A.I get there. This way, you’ll only have to take down a handful of enemies to capture it. Combine this strategy with an automatic weapon of choice, and it should be relatively easy to capture. If you are struggling, consider using smoke grenades. The A.I won’t shoot you if you stand in smoke, making it extremely easy to kill them.

At last, the final step to earning fast weapon XP in Battlefield 2042. Objective C1 is located on the roof of a large skyscraper. The enemy team will constantly spawn on this roof, making it an ideal spot for raking up kills quickly. Of course, the challenge is doing so without dying, but there is a reliable method of doing so.

One side of the objective will have a pipe near the edge of the rooftop. The challenge is to get to this spot without being killed. I have found three methods that work for this. I’d recommend trying out all three and seeing what works best for you. 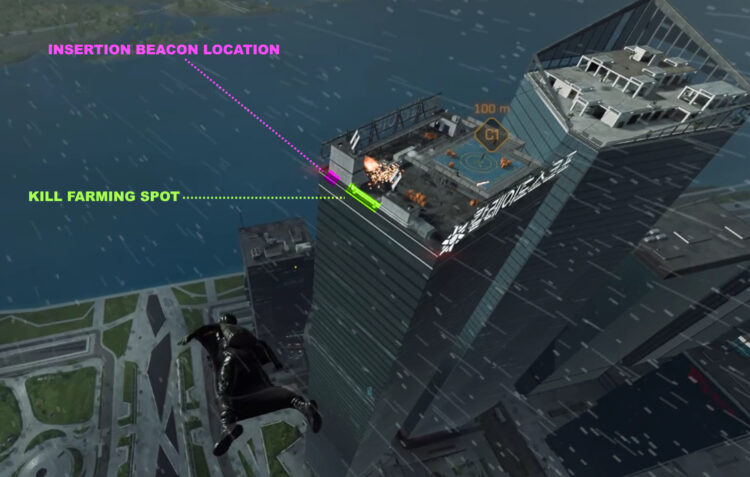 One option is to use Sundance’s Wingsuit to glide onto the building, which is easier said than done. Simply crashing into the building doesn’t work, because you’ll bounce off the side. Instead, it is necessary to manually close the Glidesuit when you are  just above the specified location. You can do this by pressing your crouch keybind (CTRL by default) at the right moment.

An alternative is to use a helicopter to fly up to the location and then jump out when directly above it. This requires decent piloting skills, although with practice it is a consistent method. Finally, those that prefer staying on the ground can take the elevator up to the top of the building and quickly run to the marked location. To do this, it is best to use Irish due to his Veteran passive ability providing armor and allowing you to tank more shots on the way. 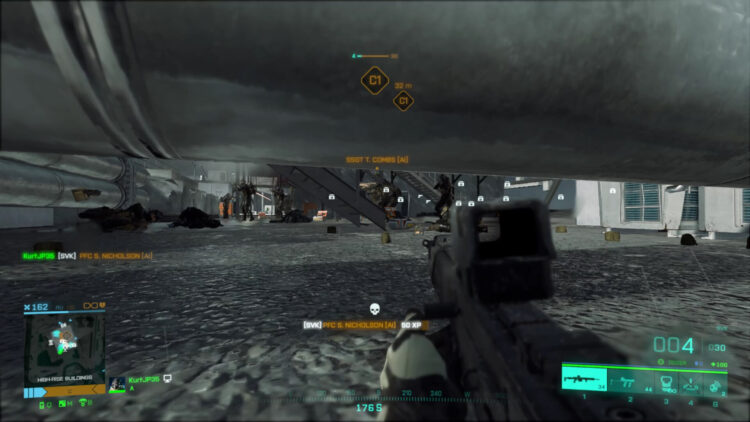 The hard work is done. Once you are behind the pipes, place down an Insertion Beacon in the marked location. Be sure to keep it some distance away or else you run the risk of having it destroyed by an incoming grenade. Every time you die, you can now respawn on this point rather than having to reclimb back up. Place the Insertion Beacon down every time you die, as it can only be used once per life.

Finally, prone underneath the pipe and kill bots to your heart’s content. The bots will not shoot back at you in this location, making it impossible to die. Farm them until you run out of ammo, and then jump over the pipe, and get killed. Respawn on your beacon, place another beacon down in the same spot, and repeat. Using this method it is possible to unlock all of the attachments on a weapon in under 30 minutes.