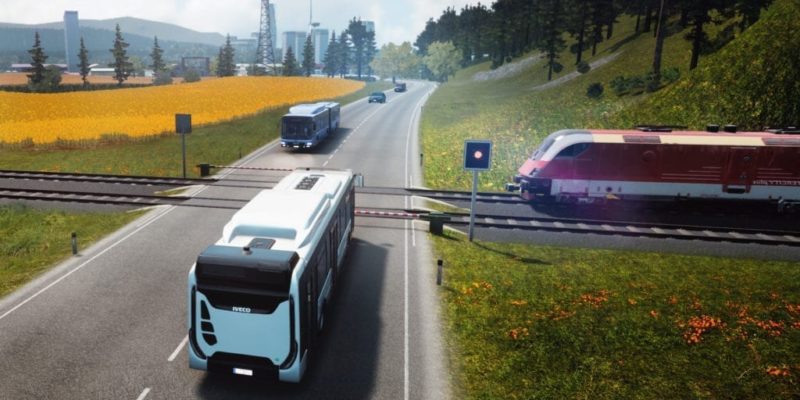 There are a lot of different driving simulators out there., but the sub-genre of bus sims is relatively small. Still Alive Studios has returned to inject some new life with Bus Simulator 18. It sports a lot of improvements and new features from its predecessor, Bus Simulator 16.

This begs the question: Is Bus Simulator 18 worth it?

The only other bus sim I’ve ever played is SCS Software’s Bus Driver, a game that came out several years ago. Despite its age, it still captures the feeling of driving a bus relatively well. This can be chalked up to SCS’ pedigree when it comes to making heavy vehicle sims. So, I compared my experience with Bus Simulator 18 to Bus Driver as well as SCS’ current driving sims, American & Euro Truck Simulator.

For one thing, Bus Simulator 18 feels very immersive. You can interact with a lot of control surfaces, making the experience feel a lot more realistic. For instance, you can start every drive leaving the bus depot and performing a cold start of your vehicle. This involves opening the front door, walking into the driver’s seat, and getting everything set up for your drive: Igniting the engine, turning on all the lights, disengaging the parking brake, and even opening your driver-side window if you want to. This amount of interaction isn’t even present in ATS/ETS, so I was very impressed to see it present here. It is comparable to flight simulators like X-Plane and FSX which feature interactive virtual cockpits. There’s also interaction with passengers, but I’ll touch on that point a little later.

Of course, the real meat of the experience is how it feels to actually drive the buses. In that area, things are relatively decent. There’s currently a fruitful amount of buses from a small variety of manufacturers, like Mercedes-Benz and Iveco. These buses range in different sizes, with some being fairly small like your starter Citaro K, to much bigger models, like the Urbancity. There are even ‘bendy buses’, which sport dual cabins that are segmented together. These caterpillar-looking buses are a tad bit more difficult to drive due to their elongated design, but they’re still pretty cool once you get the hang of them.

Build your fleet and take to the city streets.

A lot of the buses tend to get up to speed very quickly (which buses tend to do in real life, too) but of course, braking does take a lot longer than in a small vehicle. Thus, the art of bus driving comes down to managing speed and braking power as smoothly as possible. This isn’t too much of an issue when riding along open routes, but in the inner city areas with lots of traffic, this can become a challenge.  Turning is also something you need to be mindful of, making sure not to even hit the curbside, and of course, watching out for other vehicles. This can be challenging due to almost all of the buses having fairly big turning radiuses, especially the aforementioned bendy buses. In any case, the game will definitely train you to be careful as points are rewarded for good driving habits (like using turn signals) and decked for penalties (like running a red light, or taking out a street sign).

The overall driving experience felt pretty good to me once I got adjusted to the general behavior of buses. I use an Xbox One controller, so it’s not as precise as a steering wheel. Although it works relatively well, the steering sensitivity cannot be adjusted, so I needed to learn how to make small changes in my driving habits. This felt rather twitchy at first, even though  I eventually got used to it. Even so, I do think proper steering adjustment should be added.

As you would expect, being a bus driver means your whole experience will involve shuffling passengers from point to a point. In Bus Simulator 18, you’re free to design your own routes around the map. The bus stations are pre-determined, but you can connect them however you see fit (aside from missions that involve you connecting specific points). The overall goal is to design routes to generate as much revenue as possible. As mentioned before, throughout your drive you’ll be interacting with the passengers. This offers is an interesting experience. In SCS’ Bus Driver, all you’d have to do is pull up to a stop and static models of the passengers would board and exit. They’d react to your driving—but that was about it. Here in the much more modern Bus Simulator 18, each passenger has a fully animated model which will walk in and out of the cabin like normal. Some passengers will choose to take a seat, while others will stand. These passengers also have fully voice-acted dialogue, and you’ll hear typical remarks and comments that you’d expect to in this kind of environment.

Each bus also features a ticketing machine, with some passengers asking to buy a ticket at most stops. All this requires you do is to shift your viewpoint, print the ticket, and give them the correct amount of change. It’s a small feature, but once again, adds to the level of interactivity and immersion. You can even leave the driver seat at any time and walk through the cabin asking each passenger to present their ticket to make sure it’s valid (they’ll be charged a fine if it isn’t).  I found this ticket inspection feature to be cool, but my only problem with it is that some passengers will remain on the bus for multiple stops. You might end up asking the same passenger twice or more to see their ticket since there’s no indicator showing who’s been already validated. What also makes this confusing is the lack of variation in the character models. Since I’ve mentioned this, now’s a good time to talk about the game’s presentation.

Before, I mentioned that you’ll hear dialogue from passengers while playing. For instance, they’ll greet and say goodbye when entering/exiting, comment on the weather (such as if it’s hot or raining), compliment a new bus if you just purchased one, and of course talk to each other. Some of the lines are completely random, such as passengers exclaiming that they’ve seen a U.F.O. There’s also a fake TV drama show that seemingly the whole town is obsessed with, and you’ll constantly hear people chattering about it. These lines of dialogue also tend to also break the fourth wall quite often. For instance, you’ll occasionally hear someone say something like, “Yeah, some strange dialogue just to fill the silence” or “Sometimes, I feel like life is just one big simulation.”  Some of these lines can be kind of funny due to their absurdity, but it gets annoying after a while. This is due to the same lines being used over and over again, even if it’s from different voice actors. In fact, repetition is a common theme throughout Bus Simulator 18.

Repetition can be found throughout Bus Simulator 18, and that’s a bit of an issue.

I brought up the point before about there being a lack of variation in the passenger character models, in addition to the repetitive dialogue. Repetition is also present in the AI traffic, where you’ll constantly see the same vehicles littered throughout the environment. The way they move also seems rather scripted, and the animations aren’t particularly smooth. The gameplay experience itself is also repetitive, but that’s a point I want to revisit. As for the overall presentation, it’s still pretty decent despite the lack of variation in the aforementioned areas.

The interior and exterior designs of each bus model is really well done. The scenery is also decent, albeit nothing exceptionally detailed. But, it does feel like there’s life in the city. You’ll see NPCs walking around, in addition to the AI traffic. The type of activity you’ll see will also change depending on environmental conditions. For instance, driving at night will result in less foot and vehicle traffic. Holidays will result in more passengers taking the bus. When it’s raining, you’ll see some NPCs carrying umbrellas and others running to try and get out of the rain. It’s little things like that which do emphasize Still Alive Studio’s great attention to detail.

The ambient sound is something else you’ll find to be surprisingly detailed. The bus will squeak and rattle as you pick up momentum, go over different road surfaces, and bounce over speed bumps. The engine sounds are also really well done, and the sound mixing is great. Opening the doors at a stop will increase the level of outside noise you’ll hear from other traffic and your own bus’ engine. The same thing happens if you open or close the driver window. Passengers at the back of a large bus will be harder to hear than those closer to you. Again, the little details are here and they definitely do count when you notice them.

There are some issues that need to be addressed, but this has the makings of a good simulator.

Bus Simulator 18 definitely makes a case for itself with its attention to detail and interactivity, all of which add to the level of immersion. But, it’s not a flawless experience. The lack of steering adjustment is a confusing omission, and the constant repetition also brings down the experience. Really, any simulator is repetitive, but there are certain aspects of this one that just gives a bit of an ‘off’ feeling. But, the aforementioned issues can be fixed in the future. One thing I definitely hope is fixed comes with performance optimization.

Bus Simulator 18 has some rather lofty system requirements, leaving those with lower-end machines in a tight spot. I have an entry-level gaming laptop (a Lenovo Y700) and its specs are just enough to get the game running, but it’s been one of the roughest’ experiences I’ve had on the machine.

The game typically runs at 30-40 FPS with several frame drops. Other folks have had similar issues on various types of machines. Still Alive definitely needs to optimize the game better. Being an Unreal Engine 4 title, it is capable of dishing out some pretty visual effects, but at the expense of performance on lower-end hardware. There are other titles in my library that are just as demanding but run smoother, so I would hope the developers can find a way to fix this.

Despite its issues, I think Bus Simulator 18 is a good step forward in the bus sim genre. It doesn’t have a lot of direct competition out there, but I hope this does not make Still Alive feel that it’s okay to just sit back and relax. Improvements can and should be made to the game, but even so, this is a decent experience.

We’re on the move – Site update 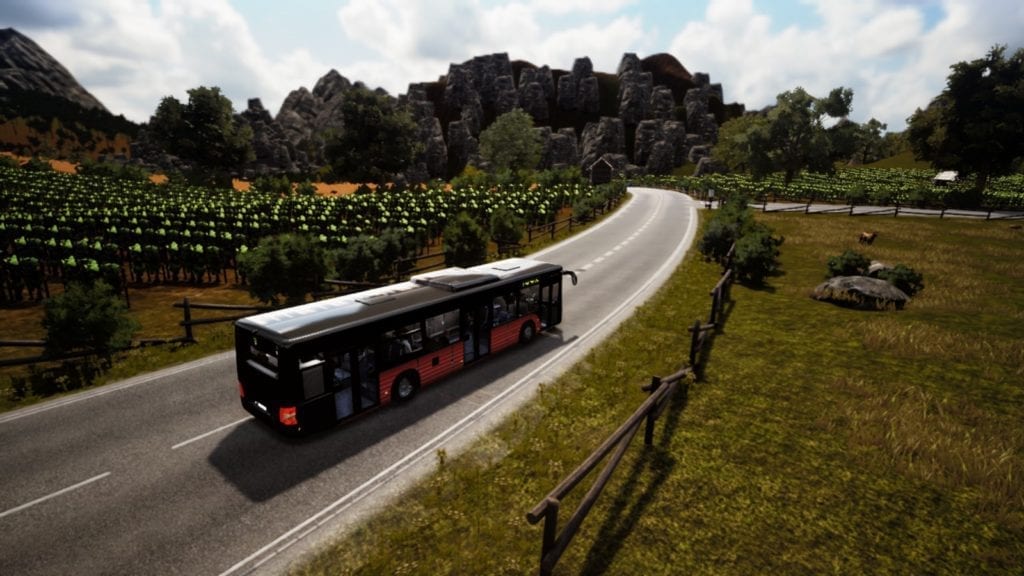 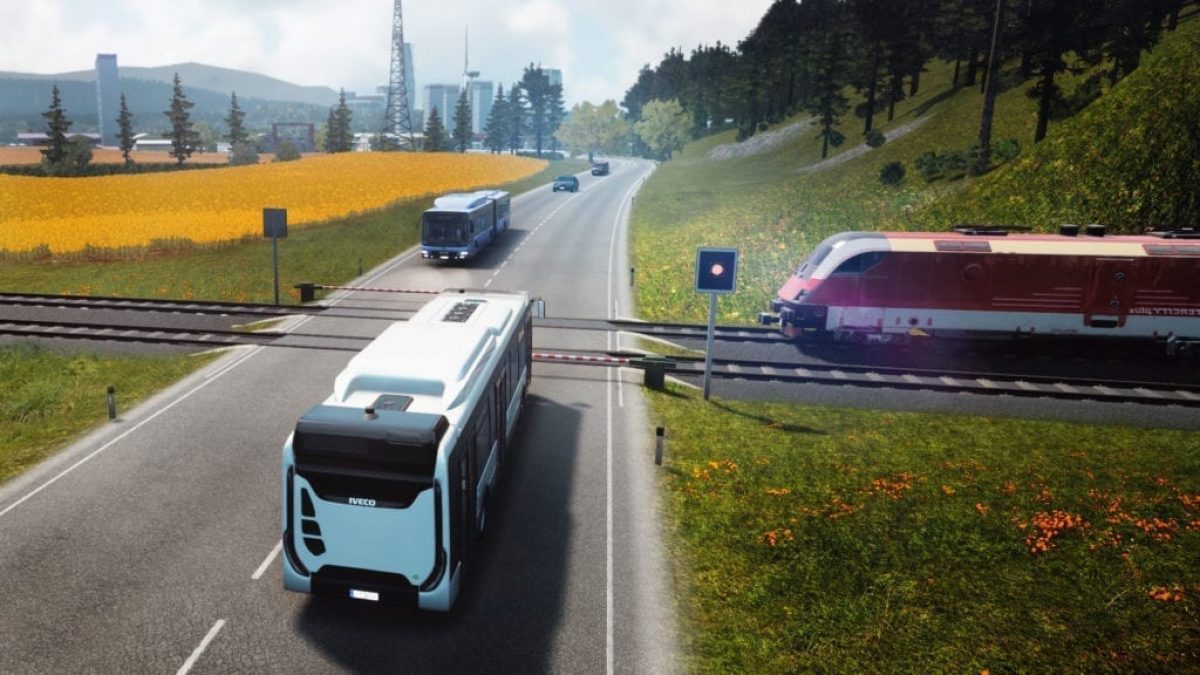 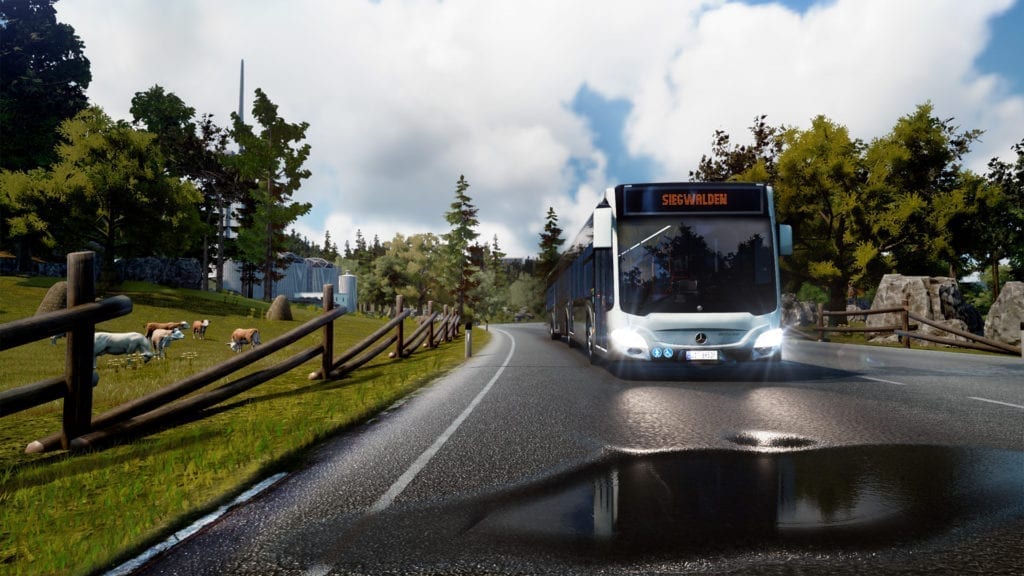 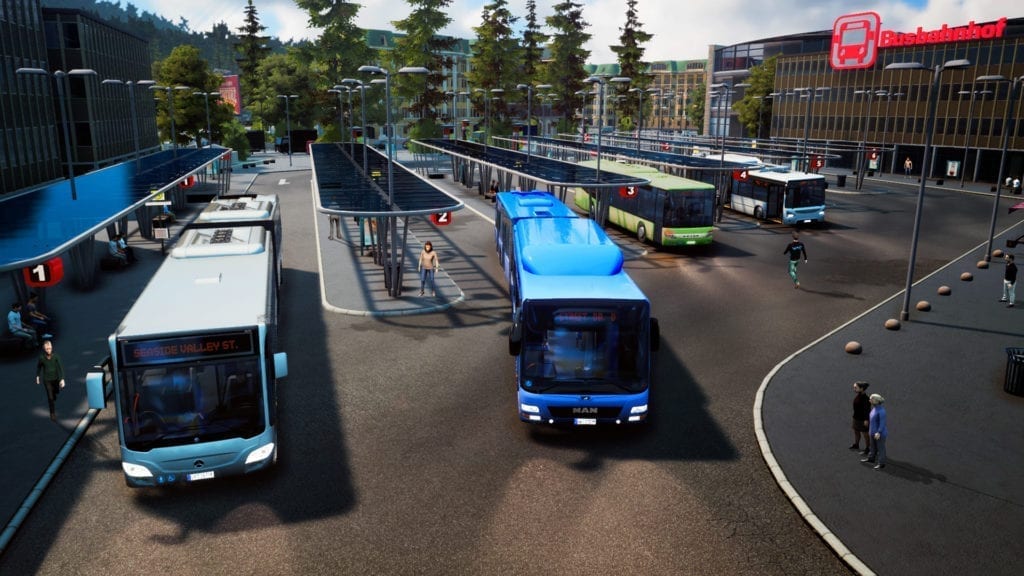