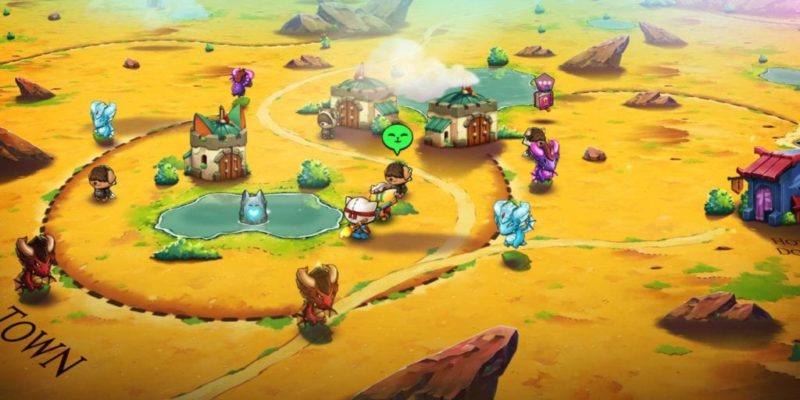 Although Cat Quest 2 lets you play with a family member or a friend via local/couch co-op, you can still progress through the game on your own. Solo play will put your companion in the hands of the AI. Although, as mentioned in our official review, it does leave a lot to be desired. In this mini-guide, we’ll add a few tips on how to set up your AI-controlled character while progressing through the game in single-player mode.

Do remember that you can toggle solo or co-op at any time. Likewise, if doing solo play, you can switch between the two characters whenever you want.

Note: We’ve also got our Cat Quest 2 guides and features hub to help you out with other concerns, so do have a look when you can. 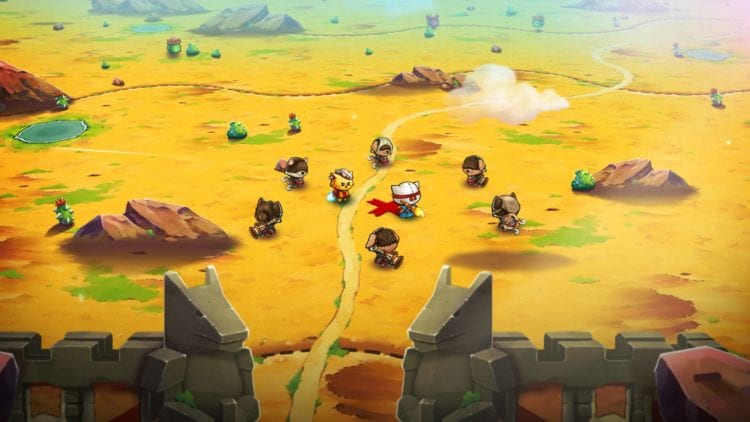 As mentioned in our leveling guide, you can earn more experience points by equipping Soldier-type items on your main character. These include weapons, armors, and helmets that have either the “Cat Soldier” or “Dog Soldier” appellation.

The important thing to note is that your AI-controlled companion never picks up the gold and experience tokens that enemies drop. Only the player can do that. Also, if your AI teammate is the one who’s wearing the experience-boosting gear, then the bonuses won’t apply to your character at all once you pick up the tokens. 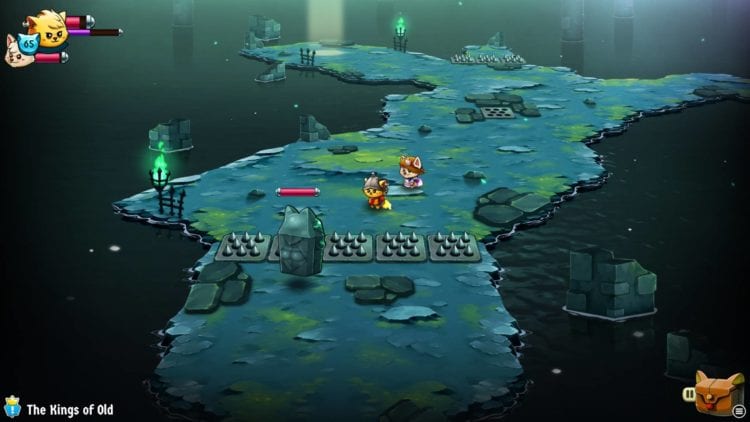 Whether the AI character in Cat Quest 2 is using melee or ranged weapons doesn’t matter. It will, more often than not, just roll forward and end up getting sandwiched by multiple enemies. As such, you’ll need to learn the fine art of luring.

This is only possible if you’re using a ranged weapon. It’s as simple as firing off a few shots until one of your orbs hits an enemy that you want to lure towards you. The target will move away from the pack and head for you, allowing you to focus your DPS on it.

Although the AI can aggro other mobs, the rest naturally peel away if you move further back. The AI teammate will also teleport to you automatically if you’re far away, and those enemies will drop aggro if you’re not hitting them. You can whittle down a group of half a dozen hostiles instead of going all-in like Rambo. 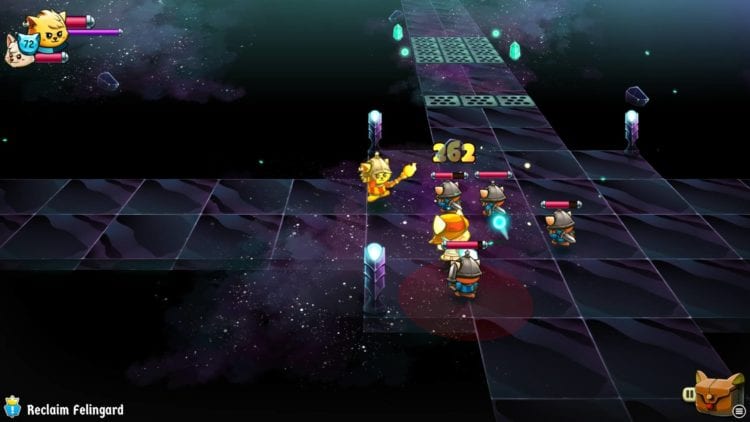 Cat Quest 2 does have over half a dozen magic spells for you to choose from. The problem is that the AI is so inept when it comes to using offensive skills. Your companion might just hit nothing but an empty location.

As such, you’ll only want to limit what the AI can cast:

That brings us to two spells that you can let the AI use — Purrserk and Forcewoofer. If you equip your companion with melee weapons, it’ll likely just rush blindly into enemies. Be ready to pop Furry Shield to give it a barrier. The AI will end up using Purrserk often (to boost physical damage) and Forcewoofer (to create a tornado of whirling blades around it).

Alternatively, just let it use whatever spells you want it to use (except for Healpaw) and have it equip a ranged weapon. It will shoot at various mobs next to you, and it’ll suddenly roll straight towards them for no reason. It’s annoying, but it is what it is. 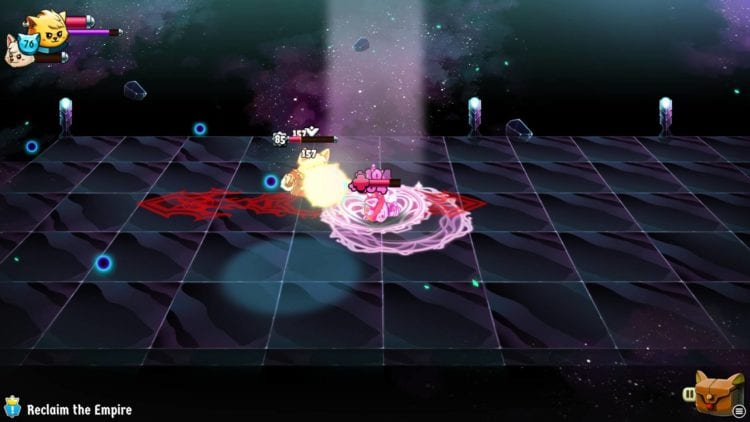 The AI can and will die fairly often because it’s clumsy. Healpaw, therefore, becomes your friend. It’s not just to keep you in tip-top shape, but also to help when reviving. Casting Healpaw while reviving an ally (whether it’s the AI or a human player) will speed up the process while also adding a bit of HP once your teammate is resurrected.

Note: You can see my setup for magic spells below. This was after finishing the game and completing the Founder’s Island. I haven’t even discovered a few other spells yet (at this point), but I did manage by letting the AI focus on only a couple of requisite skills. 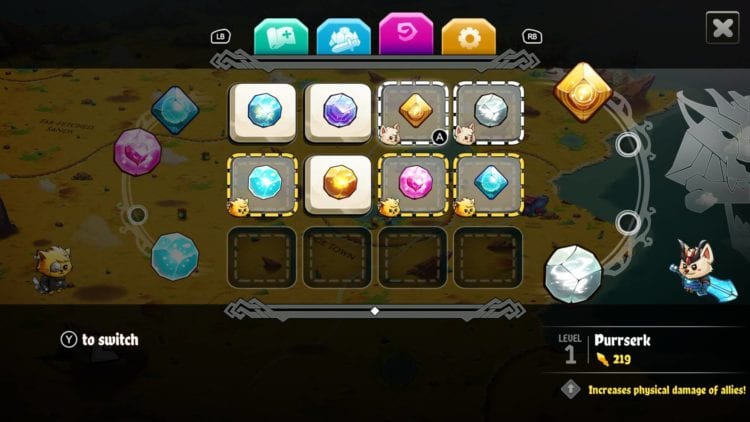 Cat Quest 2 releases today, September 24. Although the AI-controlled companion can be a bit clunky, we hope this guide still helps you manage as a solo player. You can find Cat Quest 2 via its Steam store page.