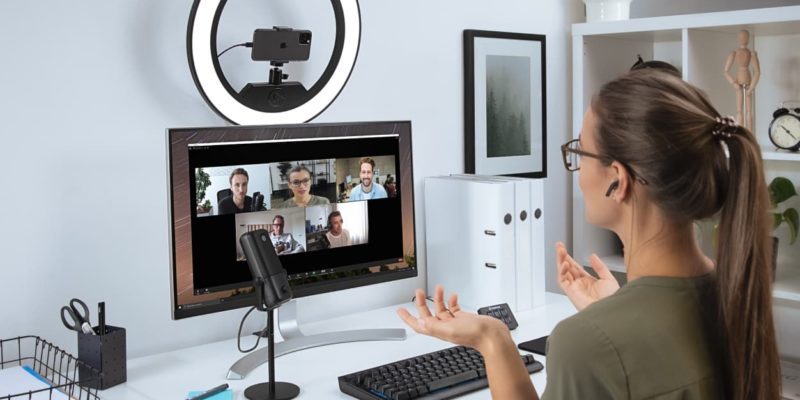 Corsair is continuing on its path to be a true one-stop shop for everything relating to game streaming and recording. The company announced on Thursday that it has acquired EpocCam, a smartphone app that allows users to turn their mobile device into a wireless webcam. EpocCam will join the company as part of the Elgato subsidiary, a division known exclusively for content creation equipment and software.

As part of this acquisition, Elgato has relaunched the EpocCam app for iOS. The app works for both iPhone and iPad, and can be used with a number of applications such as OBS Studio, Skype and more. The app comes in two versions: EpocCam and EpocCam Pro. The base EpocCam app is a free version that allows resolutions of 640x480p over both wired and wireless connections. EpocCam Pro costs $7.99 USD, supports resolutions up to 1920x1080p, and includes a number of extra features like HDR, using the phone as a microphone, manual focus, watermark removal and more.

Finding a quality webcam can be a pain. There are so many options to choose from, but, usually, the best option a person has is sitting in their pocket. With the EpocCam purchase, Corsair is aiming for creators to find it simpler to set up a quality webcam stream thanks to the quick setup software.

After downloading the app on the Apple App Store, simply download and install the drivers on your macOS or Windows machine. Once the drivers are installed, connect the phone either via Wi-Fi or USB and select it as your camera in your software of choice. According to Elgato, it’s really that straightforward.

EpocCam is currently only available for iOS, but it should be expected that an Android version of the app is coming from Corsair in the future.