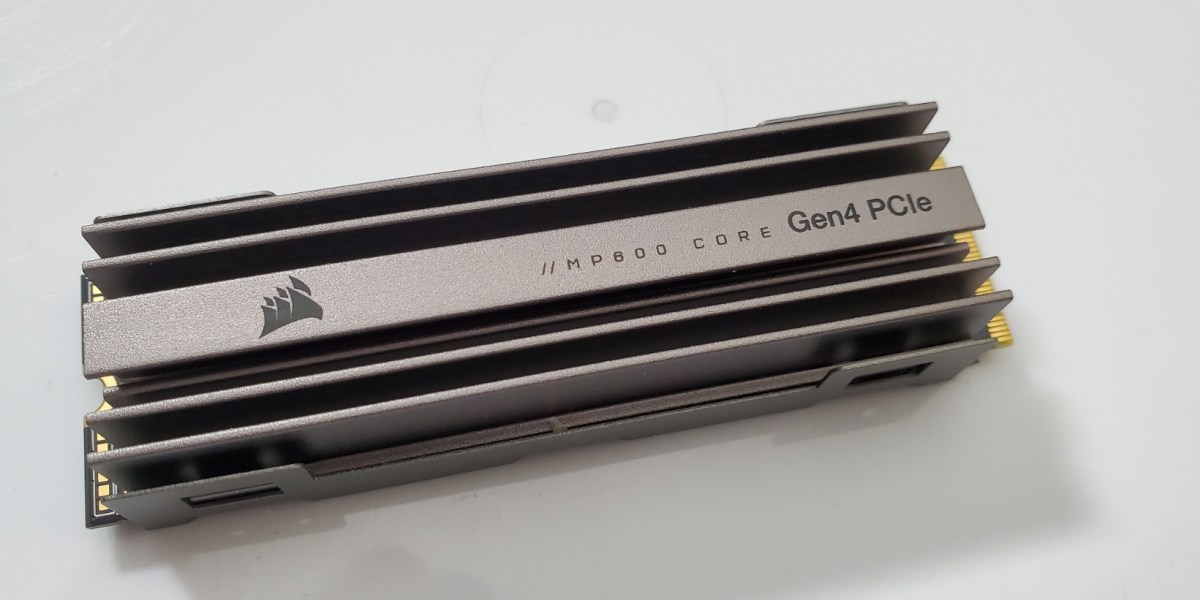 With games and software getting larger and larger by the day, storage has moved to the forefront of the PC market, and Corsair knows that with the release of the MP600 Core SSD. The new MP600 lineup are M.2 NVMe SSDs that utilize PCIe Gen 4 and QLC NAND.

Utilizing the Phison PS5016-E16 controller, the SSD advertises sequential read and write speeds up to 4,700 MBps and 1950 MBps, respectively. The speeds were pretty close to what was advertised, depending on the motherboard and system. 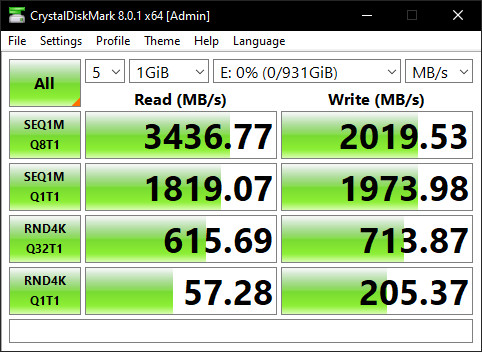 One of the selling points of the MP600 Core is the attached aluminum heat spreader. Corsair claims that the heat spreader will maintain high SSD performance. When it comes to the actual temperatures of the drive, the MP600 Core sat around 48°C when not under any heavy load. When running taxing software like Adobe After Effects or games like Squad, temperatures would get to a max of 50°C, well below any sort of dangerous levels.

Of course, for many, those are just numbers. How the SSD works during daily workloads is the most important determining factor. Luckily for you, Corsair has an impressive piece of hardware with the MP600 Core.

When in a PCIe 4.0 motherboard, a game like NBA 2K21 loaded in about 10-15 seconds. On a PCIe 3.0 board, times increased to about 45 seconds to a minute. Not bad, at all, but definitely a noticeable increase on last-gen hardware.

Personally, it became apparent how good the SSD was and could be when loading a game like Grand Theft Auto V. Installing the game on the MP600 Core had my average load times drop from eight to 10 minutes all the way down to, at most, two minutes. I don’t need to explain how big of an improvement that is for a game constantly bogged down by poor loading speeds. And that’s on three-year-old PCIe 3.0 system.

It’s not all perfect with the MP600 Core, though. There were times that it would struggle. If I opened multiple programs at once, the loading speeds quickly dipped. Elements that were taking a minute to load started to take three to four. Under heavy transfer loads, the speeds would drop as well. Moving a 200 GB folder of videos and audio reached a max transfer speed of just 153 MBps on PCIe 3.0 and 226 MBps on PCIe 4.0. 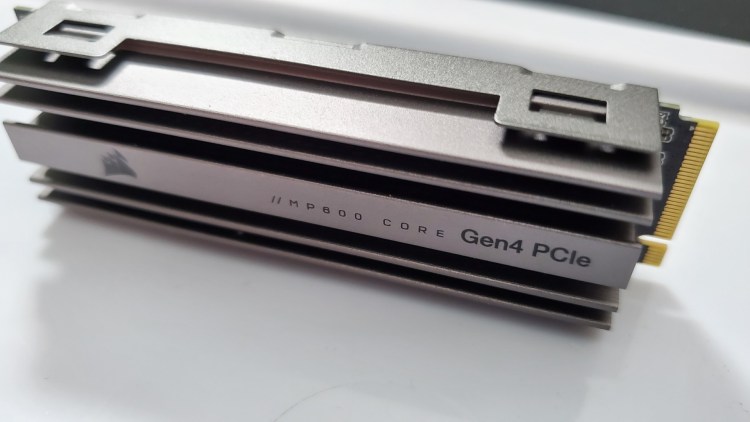 The results, though lower than you’d expect, shouldn’t be viewed as too surprising. QLC-based SSDs, which the MP600 Core is, tend to slow down under heavy transfers. The 200GB folder took about 35 minutes in total to complete. As one of the only QLC PCIe 4.0 drives on the market, it’s still a solid performer. And it’s going to be quite a bit cheaper than the TLC options out there.

Overall, it’s hard not to like what Corsair has done with the MP600 Core. Though the file transfer speed may cause pause, being able to take programs that have long load times and speed them up by over 70% should interest anyone.

At $155 USD for the 1TB option, the Corsair MP600 Core SSD is a bit expensive for some, especially those still running PCIe 3.0. Though if you have PCIe 4.0 or are getting set to upgrade, it’s definitely a drive worth looking into.

NOTE: The Corsair MP600 Core was provided to PC Invasion for the purposes of this review

The Corsair MP600 Core speeds up your software loading times by a large margin, but it's QLC technology and slower speeds under heavy transfers could lead some to stay away.

By Daniel Pinheiro7 hours ago
Reviews