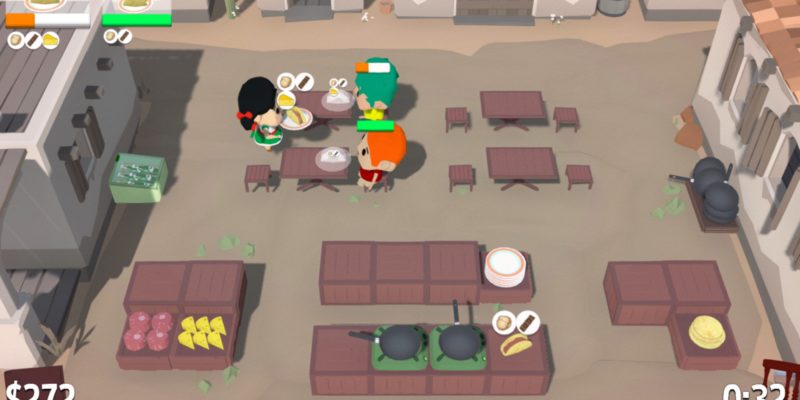 If there’s one thing you should know about me, it’s that I love Mexican food. If I had a normal stomach and someone asked me if I could live off of it every day for the rest of my life, I would answer in the affirmative. I’m also rather fond of Diner Bros, which has added not only pizza but sushi as well. It doesn’t take a genius to know what the Taco Amigos DLC adds.

Taco Amigos adds a new campaign and endless mode to Diner Bros that give the game’s fans even more content to sink their teeth into. Yes, I made a food pun. Much like the game’s sushi DLC, this one adds in a new location, new ingredients, and a new avatar. I was expecting the DLC to have a standard American Tex-Mex joint, but, instead, it appears to take place in a more stereotypical Mexican village.

The gameplay in Taco Amigos is very much the Diner Bros I’ve been accustomed to for some time. New customers pipe in with orders and you have to manually prepare food items for them. While burgers were the default in the main campaign, you’re primarily making tacos here. The leftmost counter has an infinite supply of hamburger meat at the ready. The bottom-most counter has a stove with room for two skillets at first, but you can upgrade your space later. You simply put the skillets on the stoves and then put the hamburger meat onto the skillets. 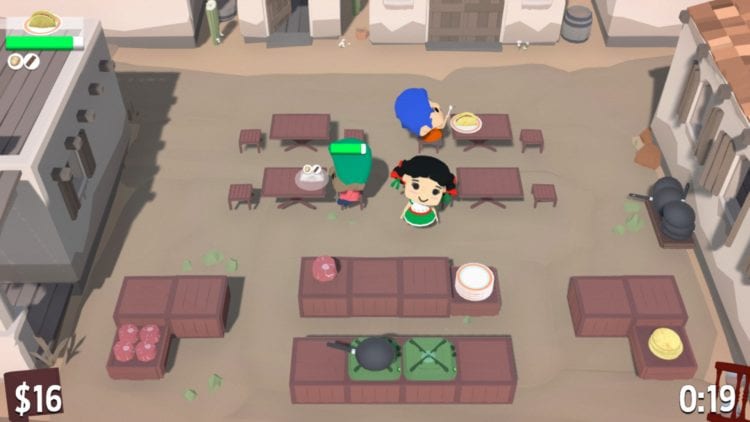 Once the meat is cooked, you just grab a tortilla from the rightmost counter and put the meat in it, with finally plating it. It works just like making hamburgers in the main game. Whereas that has generic soft drinks, Taco Amigos has what I’m pretty sure are Mexican beers. You can also chop up cheese to put on the tacos. Chilis get unlocked as well, but, curiously, you just hand those directly to the customers, exactly like you would with a drink.

How much you’ll enjoy Taco Amigos comes down to how much you like playing Diner Bros. It’s the same thing you’ve played before with some slight differences. But seeing as it’s a game focused on cooking, I’d say that this is more than acceptable. And the game itself is very entertaining regardless, so I had fun digging into it once more (yes, I did it again.)

The new avatar is also cute and appropriate, so that’s a plus too. It’s not a huge change or anything, but just making taco after taco in the game is a fun way to pass the time for a while if you like the aesthetic and if you find the idea of making tacos in Diner Bros to be an appealing one. Additionally, burritos, rice, beans, and salsa get unlocked as you go along, which helps add some variety to the proceedings. 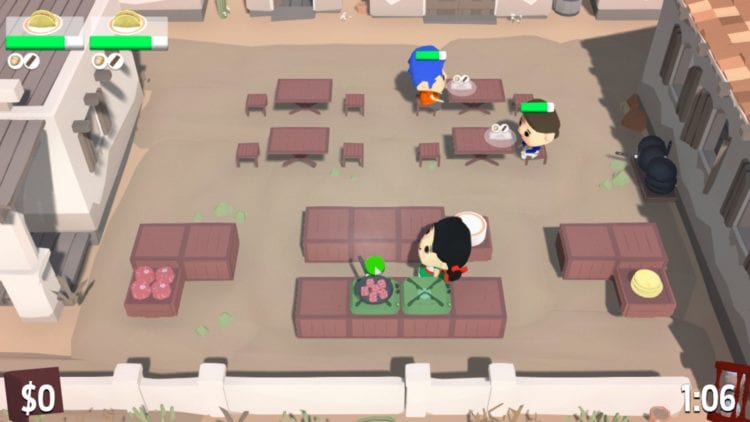 It doesn’t take long for the beef to cook. Almost too not long. . . Just what kind of magic super-fast beef cookery is this?!?!

Taco Amigos costs $5 USD, which may seem kind of steep considering that the base game itself is $10. But there’s also a bundle of the base with both DLCs that shave off a couple of bucks. At any rate, there’s plenty of content here to justify the $5, as it adds hours of gameplay and a really neat change of location and foods. If you enjoyed Diner Bros and want more, then it’s likely hard to go wrong with this, so I’d say it is worth it. 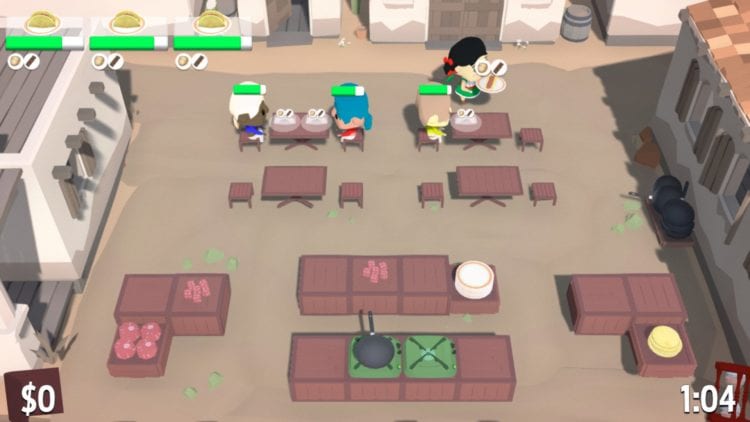 Everybody likes to eat tacos on Tuesday, every body likes to taste the crunch. Er, well, these are soft tacos, but you. . . nevermind. Pay no attention to the man eating tacos behind the curtain.